By Trending (self media writer) | 3 months ago 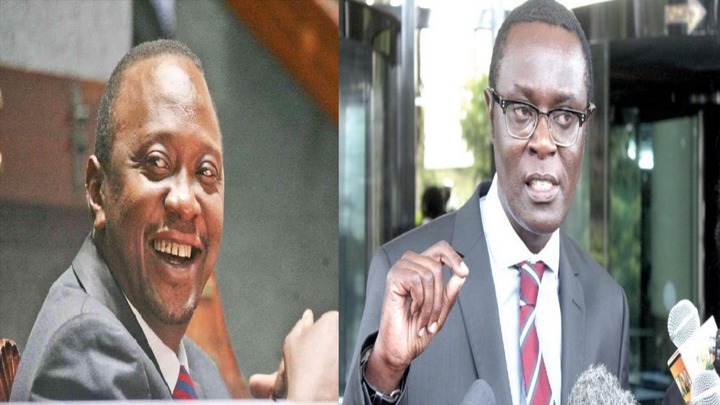 Mutahi Ngunyi the man behind 2017 election's tyranny of numbers is back in the political scenes again. Mr. Ngunyi in 2017 came with an artical that he labeled as the tyranny of number in which he said that the Jubilee Alliance of Uhuru Kenyatta would win the 2017 presidential election in the first round with a substantial majority over the NASA Coalition of Raila Odinga. Numerous opinion polls had consistently placed the NASA Coalition ahead of Jubilee with the most recent poll then saying that the election was a virtual tie. The polls said, in effect, that no party could win this election in the first round. Though Mutahi’s argument gained traction in many circles and the numbers on which it rested went on to yield results that many thought could not be sustained.

Mr. Ngunyi has today called on Kikuyus to begin their political games since it is a season of high politics.

Ngunyi is lately leaning on the government's side of the president. He is also aware of the many inroads that the DP has had in the central Kenya region and appears to be reminding the DP's side that once the politics begin, the mountain voters will likely vote as a bloc against the Deputy President's UDA.

Content created and supplied by: Trending (via Opera News )

Kanini Kega: Raila is The Leader While Others Are Dealers, The Option is Yours Choose Wisely

Why OKA is Likely to Form A Coalition With Raila Ahead Of 2022; Opinion

5 Cars That Are Overpriced In Kenya And Their Alternative Cars.