By Monte_jurnior (self media writer) | 1 month ago 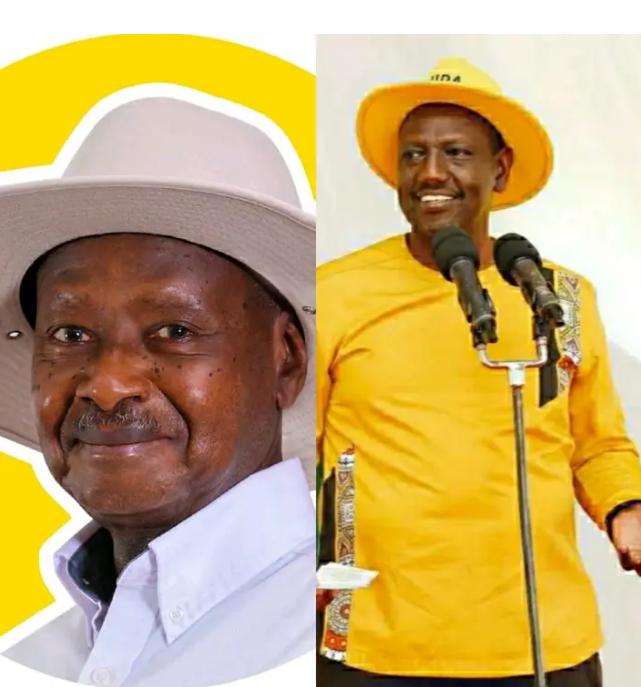 Yoweri Museveni, the head of state of Uganda, has provided some clarification regarding William Ruto's election as president. Kenyans who expressed varying opinions have stirred up a number of problems in response to Museveni's message to William Ruto. 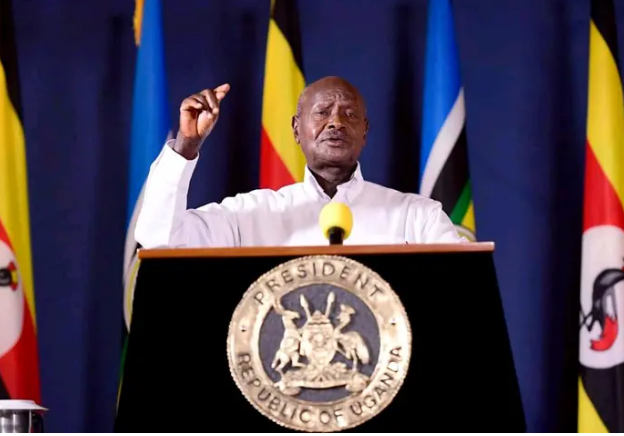 According to the IEBC-verified results in the Bomas of Kenya, Museveni congratulated William Ruto on his election as president. Museveni and William Ruto spoke on the phone after Ruto was proclaimed the winner, according to Museveni. William Ruto has received assurances from Museveni that Uganda will keep working with Kenya to further regional and continental goals through the EAC. 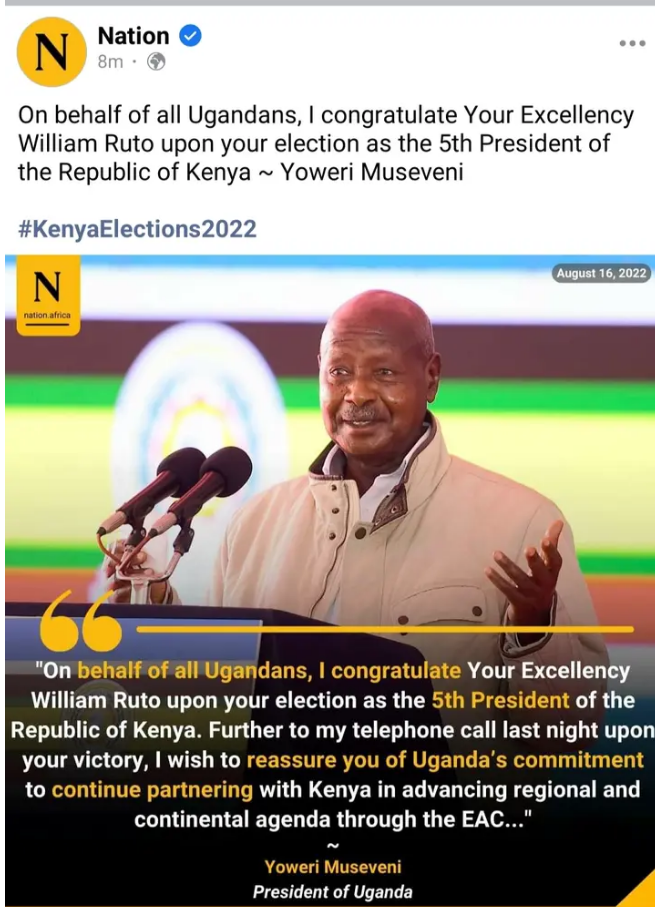 On behalf of the people of Uganda, I congratulate your Excellency William Ruto on becoming the fifth President of the Republic of Kenya. Now freedom is coming as William Ruto and his team won the presidential seat as they worked hard to campaign until they won . Yesterday at Bomas, much celebration was held as IEBC officers and chairperson Chepukati announced the winner of the 2022 president's seat as Ruto beat Raila and won . We thank our people who took time to listen to the views of IEBC officer Chepukati as he announced that the presidential results were released at the time he gave to Kenyans. Those who supported KenyaKwanza, we thank you for your support, and we will work together to build our country's infrastructure, creating job opportunities for the younger generation and supporting farmers, mostly tea farmers, and lowering commodity prices. As previously stated, our people suffered as the price of maize production increased to 210 for one kg; we promise you that we will reduce that and our people will stay in the country. 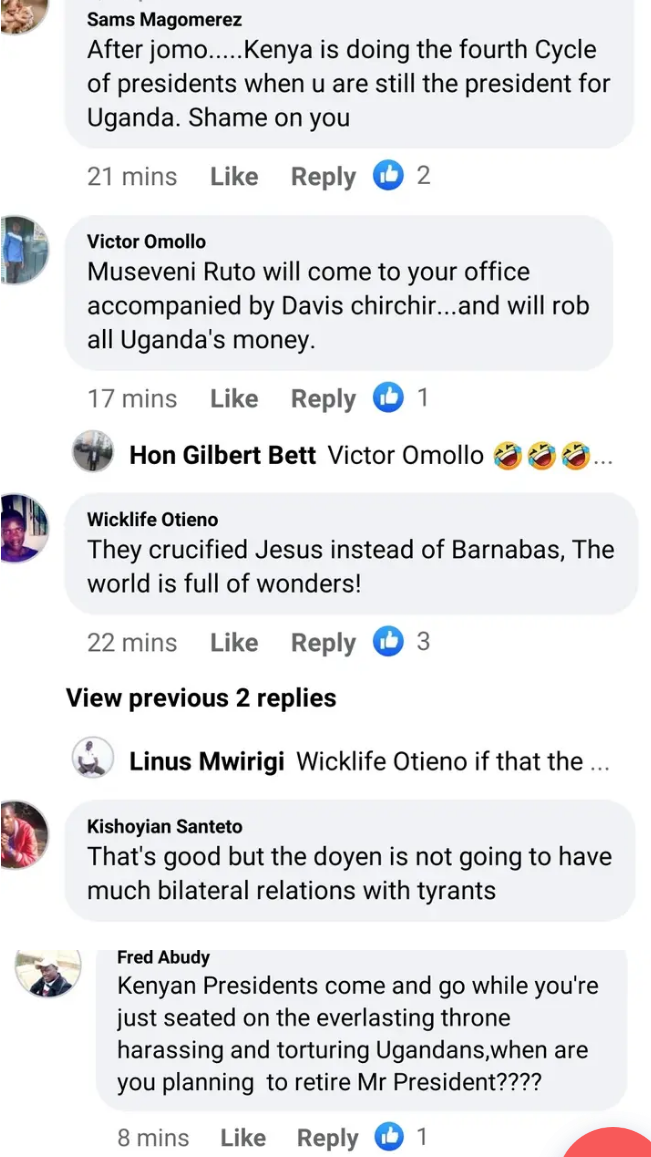 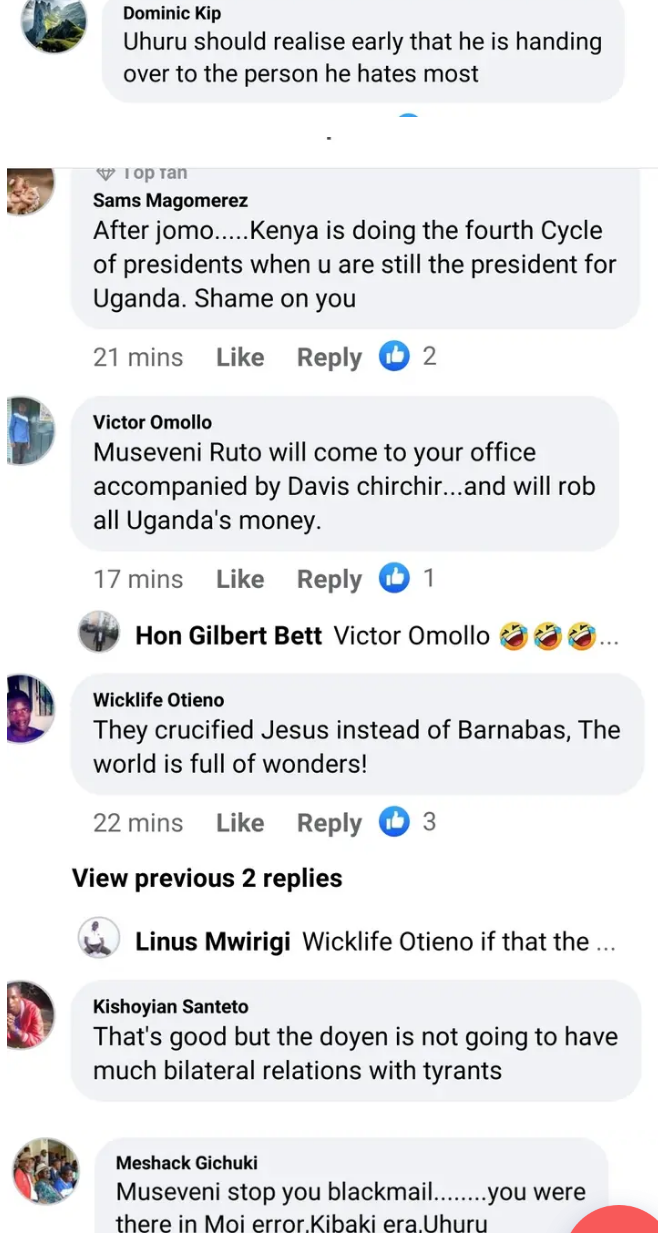 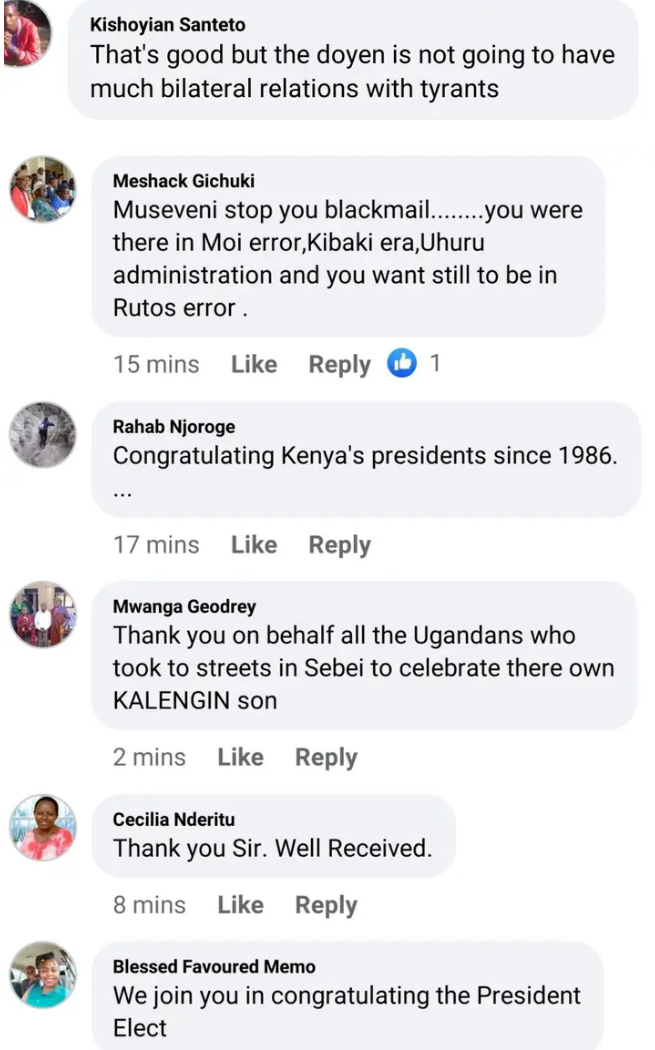