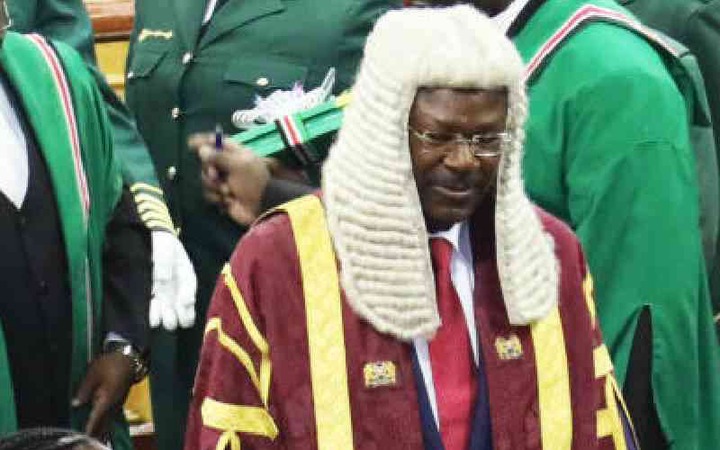 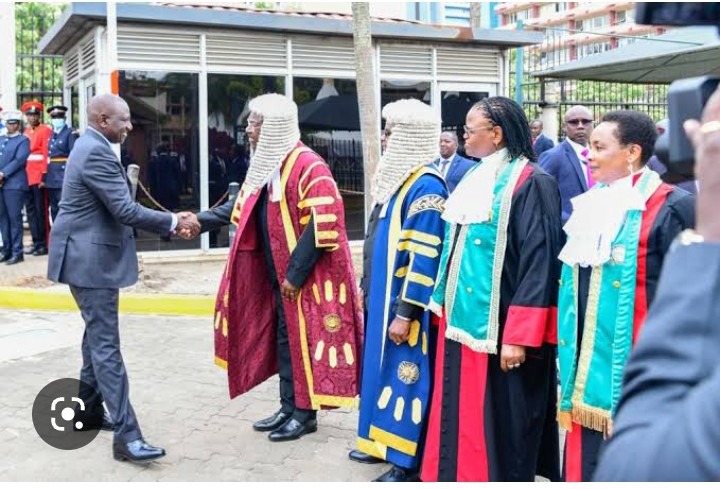 "Moses Wetangula is still holding on to the position of Ford Kenya Party leader with some asking whether a speaker of a house of parliament can also serve as leader of a political party and still be expected to be non-partisan in stewardship of the legislative assembly." Lindah Ogutu said.

Moses Wetangula also had raised eyebrows after he actively campaigned for present Bungoma County Senator Wafula Wakoli in the by elections that came about after his resignation to become the Speaker of the National Assembly.

It should be noted that civil servants are not required to be campaigns but CS Defence Aden Duale, CS Transport Kipchumba Murkomen campaigned actively in the recent by elections.

See some reactions from Kenyans regarding this matter; 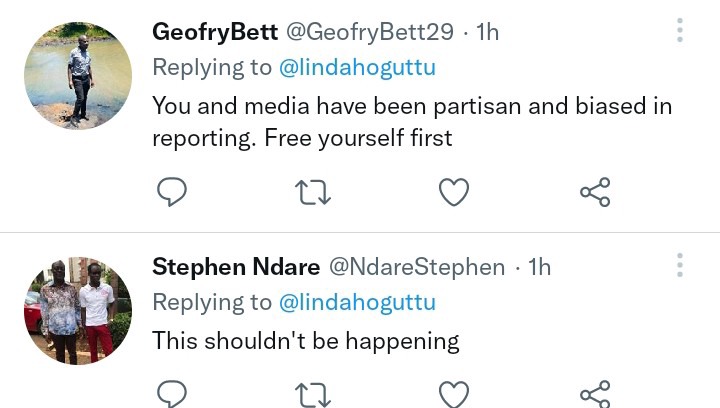 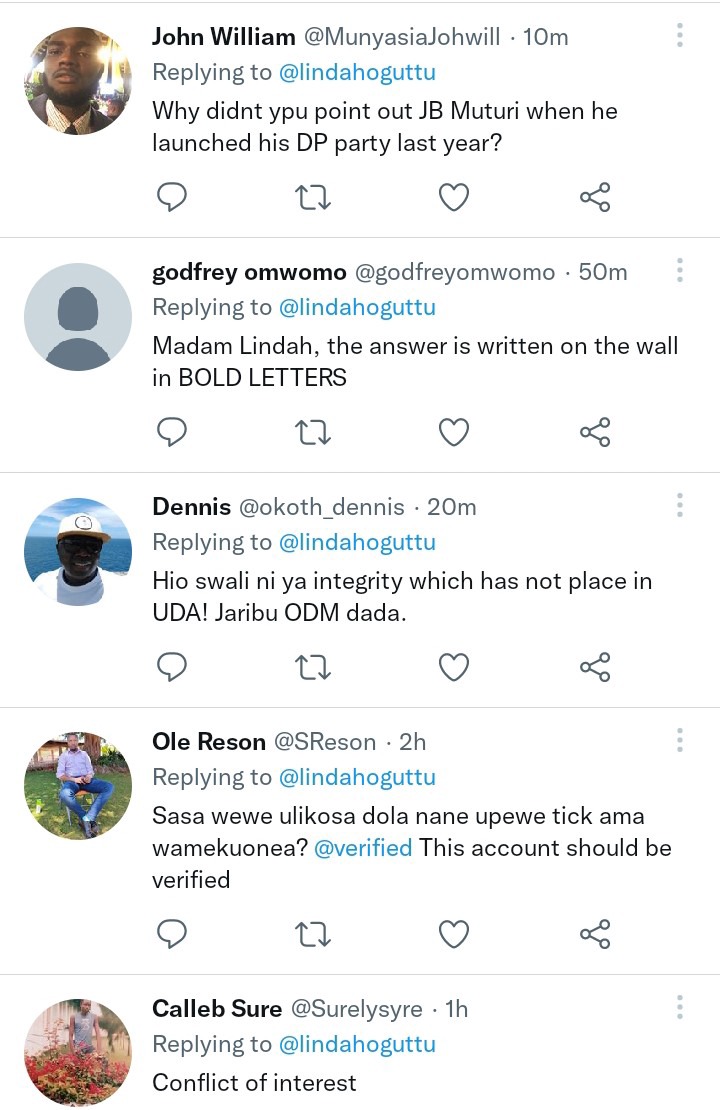 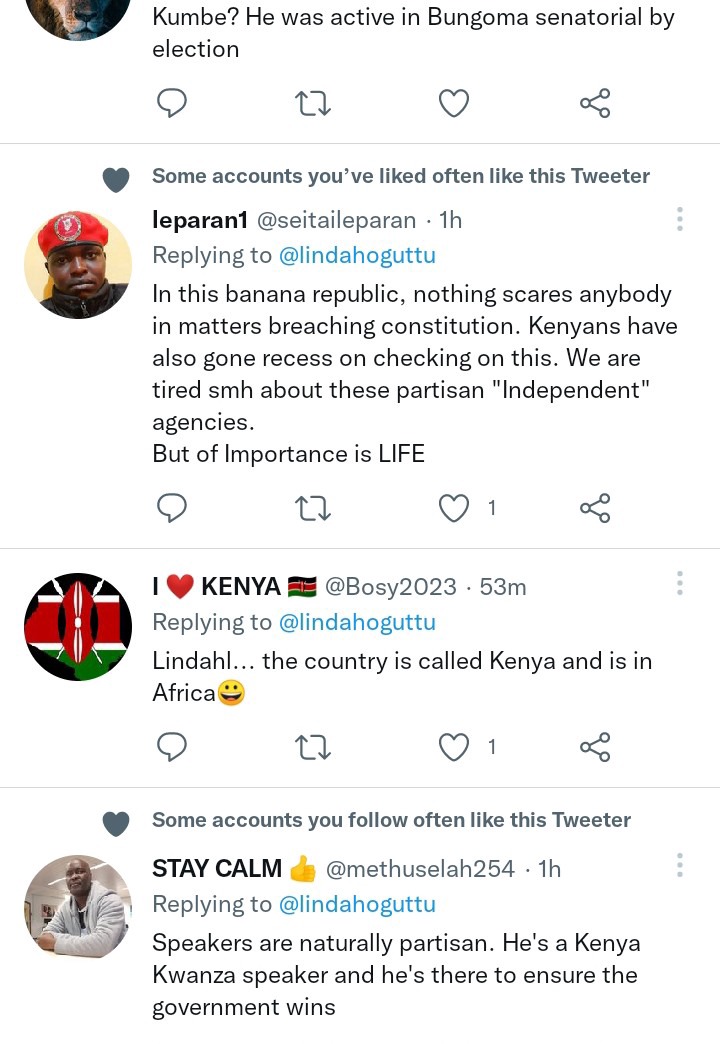