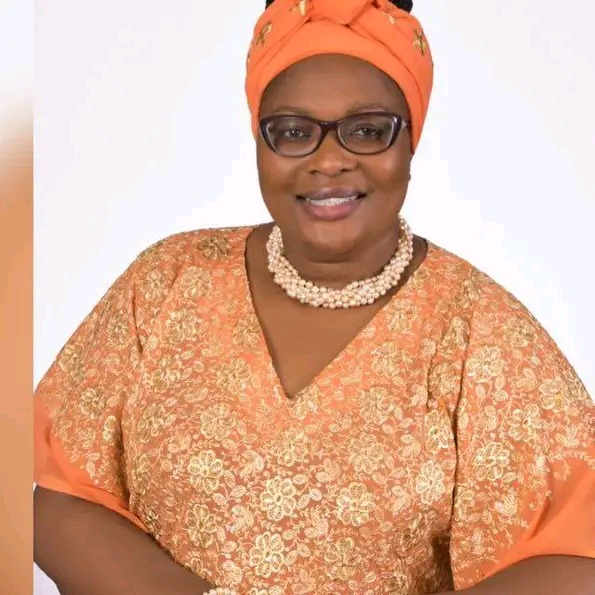 She's one of the few women who have stood with ODM leader Raila Odinga for a very long period of time. From 2007, Janet Ong'era has been one of the former Prime Minister's most trusted allies.

As the ODM founding Executive Director, Ong'era has been in the corridors of power for almost two decades now. And in 2013, her long servive to the Raila Odinga-led outfit was rewarded when she was nominated to the Senate.

In 2017, she officially joined elective politics when he she easily won the Kisii County Women Representative position on an ODM party ticket.

Just a few months ago, Ong'era was in the race for Kisii Governor seat before she opted to drop out of the race in favour of Dagoretti North MP Simba Arati. By so doing, she decided to defend her seat. But going forward, it appears to be a rough ride for her.

Though she is riding on ODM popularity to win a second term in Parliament, the emergence of Wiper Party candidate Donya Dorice Toto should be giving the former ODM boss a big political headache. 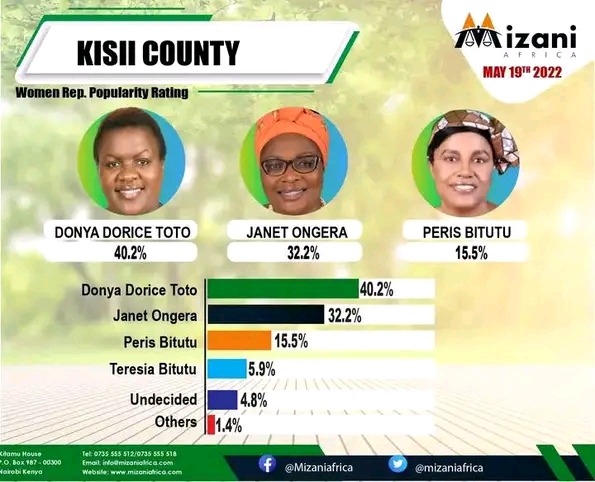 Going by the opinion poll released in May by Mizani Africa, Ong'era is now trailing her fiercest rival by a very huge margin.

With a whopping 8% gap between Ong'era and Donya, the ODM MP has only 40 days to bridge the gap. If not, she is at risk of being tossed out by the Wiper party candidate, who has for long been seen as an underdog.

RIP: 7 Cute Photos Of Kenyan Nurse Who Died In A Swimming Pool During Live Video On Facebook

Martha Karua Affirms That The Court Will Make Final Judgement

RIP: Pain as Young Kenyan Working in Canada Drowns while Live on Facebook