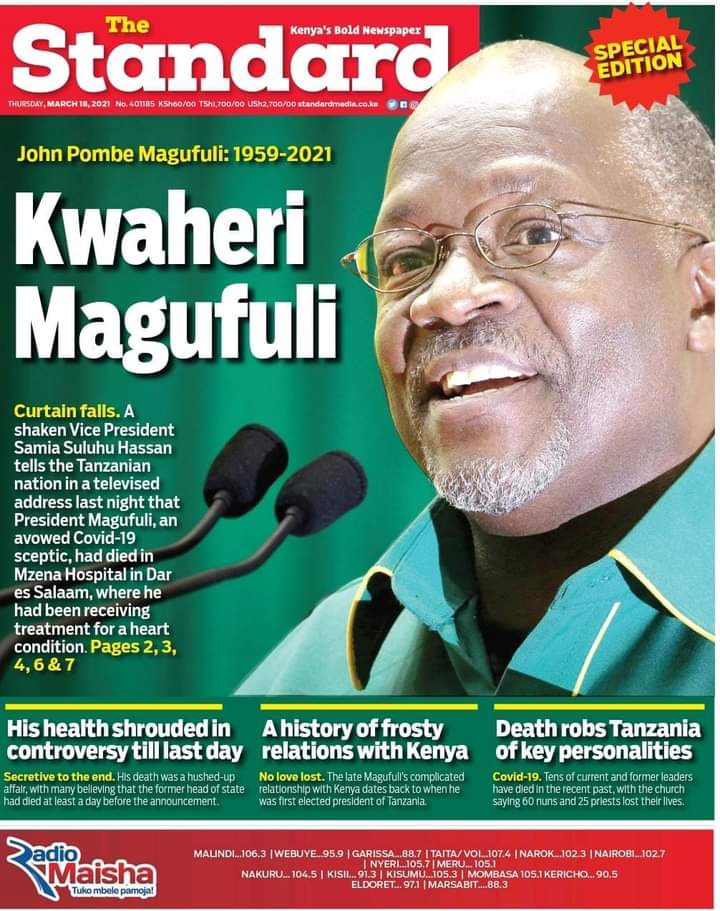 It is a sad day for the people of Tanzania and East Africa at large as they woke up to sadden death of President John Pombe Magufuli. 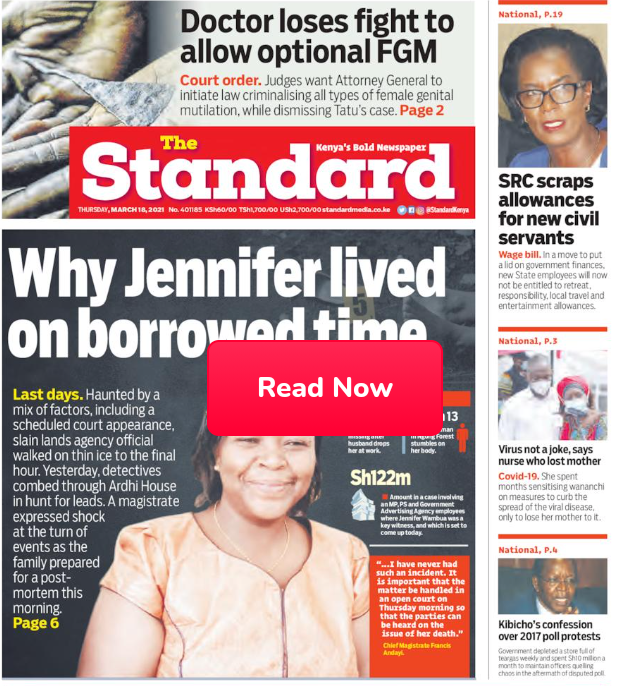 In the standard newspaper Jubilee Party SG says William Ruto will still hold this position as Deputy President, even if he is removed as deputy party leader. The DP does not have to be the leader of a party. He will remain the DP, unless he is impeached by Parliament.

National Lands commission officer was so much disturbed in her last minutes as she told the family spokes person that she was overwhelmed by burden of cases where she was to be the main witness.

Also in the standard newspaper, Salaries and Renumeration Commission (SRC) has decided that, will spare the current civil servants from slashing their allowances but will only land on new employees in the new staffing and renumeration guidelines aimed at reducing the country's ballooning wage bill.

The capping of allowances at not more than 40% on monthly gross pay will only apply to new employees joining the civil service cushioning the 865,200 workers attached to the government and state components. 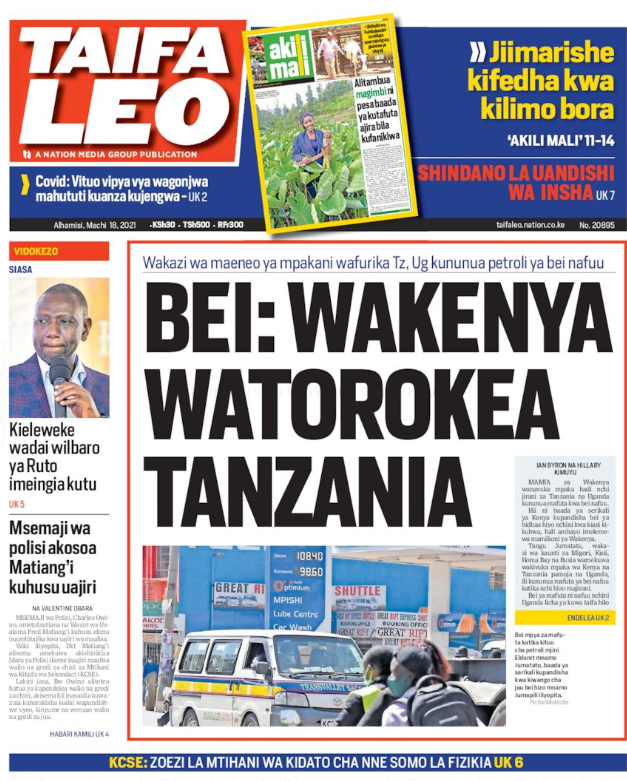 In Taifa Leo, As fuel price hike within Kenyan boundaries, those Kenyans leaving near Tanzania are crossing over to look for fuel at a lower price than that sold in Kenya at very high prices.

Police Spokesman Charles Owino has differed with Interior CS Fred Matiang'i on the need to have the entry grades for the police force upgraded upwards. Matiang'i had suggested that people with a D in their KCSE shouldn't be recruited in the police force.

How DP Ruto Has Responded To Khaligraph's Plea On Lifting Lockdown