The Kenya's August 9 General elections politics has greatly gained the momentum. The players in the battle have armed themselves with all the necessary and required resources to ensure they take home the victory. 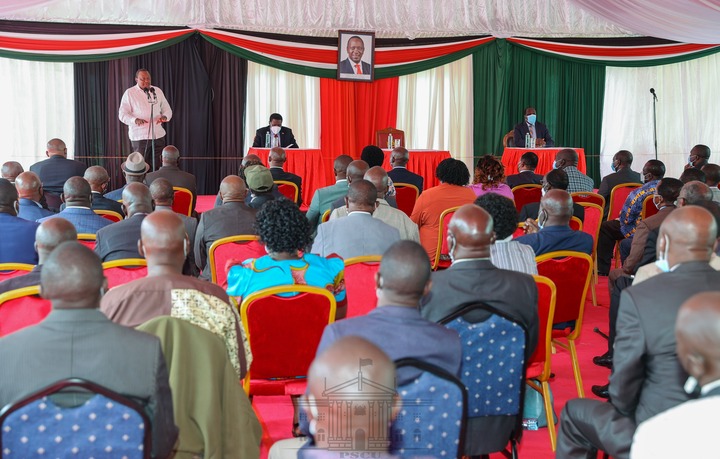 As the two main players Rt Hon Raila Odinga and Deputy President William Ruto traverse the nation seeking for Kenyans support and political partners, the succession politics plays a central role on who will succeed President Uhuru Kenyatta as he is set to retire from active politics.

President Uhuru Kenyatta has sent several signals to the nation on who is his favorable candidate. After a rift with his deputy, the President and his allies have shown unwavering support of Raila's candidature.

Just a day after the two big brothers from Western region Musalia Mudavadi and Sen Wetangula joined DP Ruto ready for a coalition, H.E the President on Tuesday invited the Western governors at the State House for a 'development meeting' and economic situation in the region.

However, the UDA supporters have described the meeting to have served a political purpose of counter acting and dissolving the Sunday Bomas impact. It is reported that the President urged the governors to support Raila's bid.

Senator Murkomen on his twitter account has associated Uhuru's tactics to be similar to the Late President Moi's 2002 succession politics which failed after imposing the then young Uhuru Kenyatta as his favorable candidate. 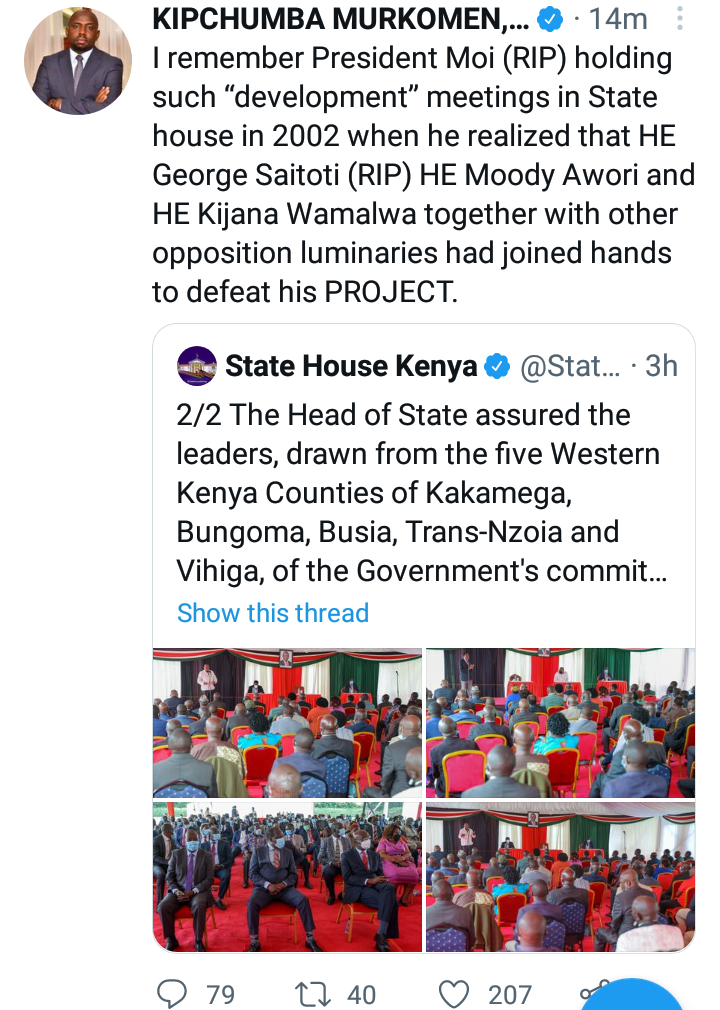