By HE-Hinda-Edwin (self meida writer) | 21 days

Reports indicated that President Kenyatta wanted the OKA Co- principals to support former Prime Minister Raila Odinga. However, OKA leaders disagreed with the president on this and Wiper leader Kalonzo Musyoka and Amani National Congress (ANC) Musalia Mudavadi are likely to be the flag bearer of OKA. 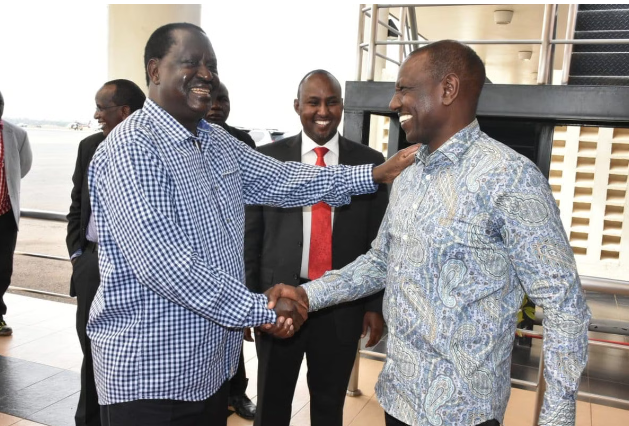 Recently, business man Jimmy Wanjigi announced that he will compete with Raila Odinga for the Orange Democratic Movement (ODM) party for the presidential ticket. However, according to political experts and analysts, this is a strategy for Raila to get a share of the over six million Mount Kenya votes.

Mr Wanjigi himself stated that the discussion that led to the handshake was held on his house and he played a crucial role in ensuring a good partnership between President Uhuru Kenyatta and Deputy President William Ruto when they vied for the presidency in 2013. 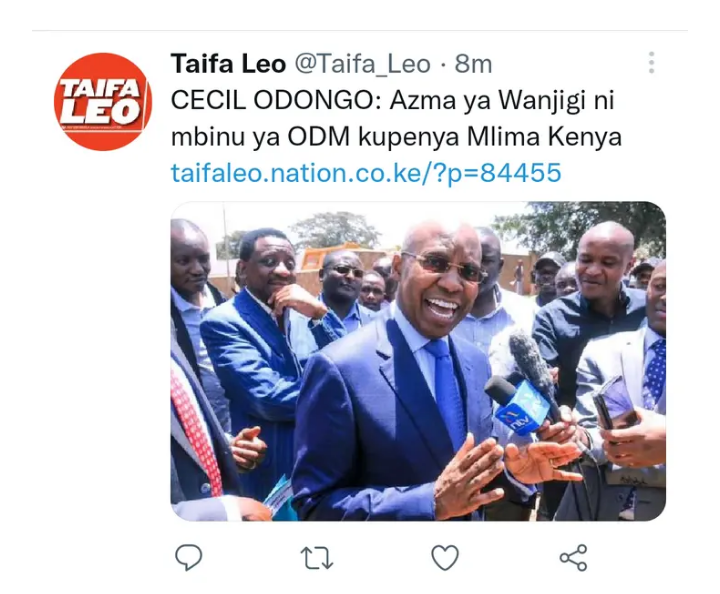 In the 2017 general elections, And Wanjigi supported Raila Odinga and he used some of his personal cash to fund his campaigns. According to Taifa Leo, reports indicate that Wanjigi' s main aim is not to run for presidency but to help Raila win the Mount Kenya people because logically, Wanjigi cannot beat Raila for the ODM ticket.

"85 Percent Of Mount Kenya Votes Is Already Decided On Who To Vote For President," Female Tangatanga MP Says

After Weeks of Endless Anxiety That Mt Kenya is Intact, Baba Finally Receive Bad News Ahead of 2022