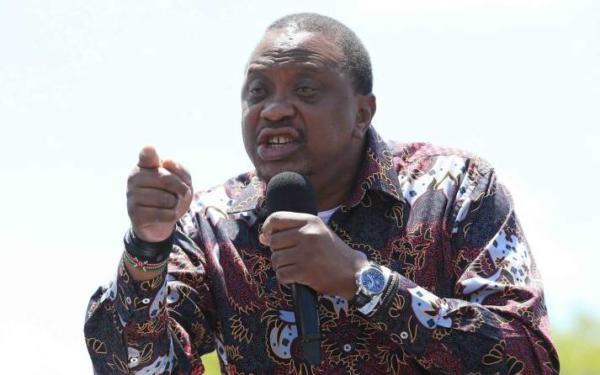 This was after Munya was criticized for announcing that the government had cut taxes on Unga flours, only to reduce Ksh2 a day later.

On Saturday President Uhuru Kenyatta's attempts to praise his Cabinet Secretary fell on deaf ears as Kenyans rubbished his remarks.

Speaking after presiding over the National Council of Ushirika Day celebrations at the Kenyatta International Convention Centre (KICC), Nairobi, Uhuru while lashing out at his Deputy William Ruto, said CS Munya had succeeded in bringing reforms to the Agriculture sector for the few years in office as compared to Ruto and his allies who were there for five years.

(Munya has succeeded in changing and bringing many reforms to the Agriculture sector for the few years he has been appointed. What have Ruto and his allies done for the last four years they were in? they only move around lying to people that they can help them solve their problems) stated Uhuru 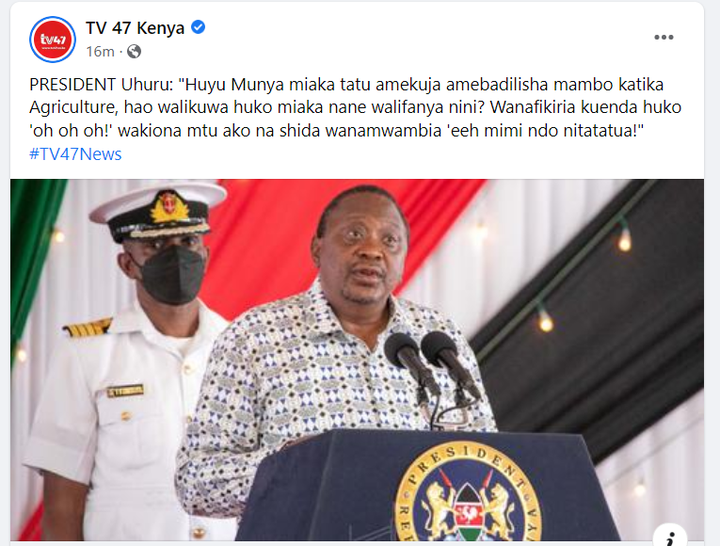 However, angry netizens told the president off, reminding him of all the problems in agriculture that had been experienced since Munya took over. Many reminded Uhuru that it is during Munya's tenure that prices of Unga, Fertilizers rose significantly.

Here are some of the reactions; 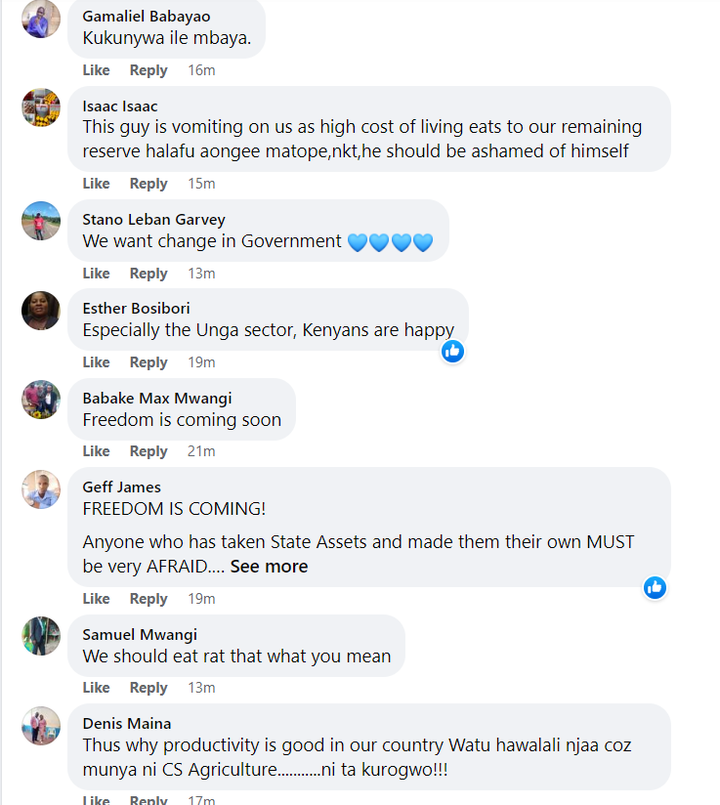 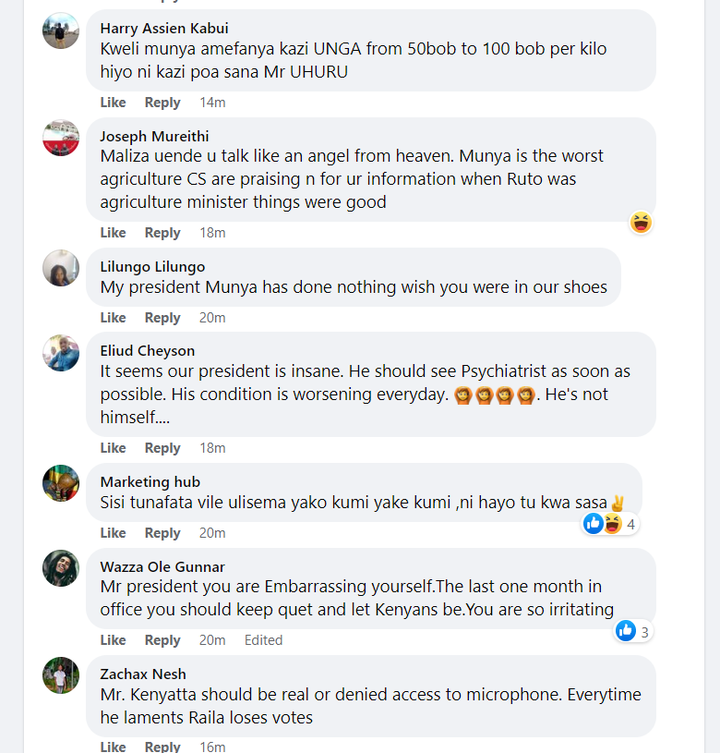 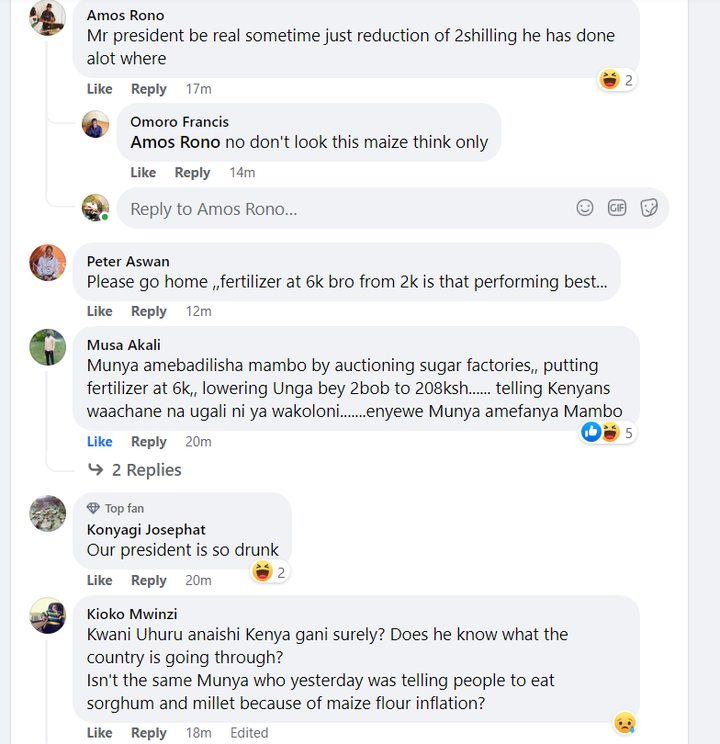 He is a Pastor, Friend, Mulamwa's Ex-Lover Breaks Silence on Dating an Old Married Man

'Towelman' Man turns up at a polling station dressed in a towel to vote.

Raila's Entourage Received By a Swarm of Supporters in Kibra as he heads to Kibra To Vote.

Raila Storms Kibera With His Supporters On The Polling Day