There are less than one hundred days to the general election, and both William Ruto for Deputy President and William Ruto for Former Premier have seen an increase in their support. Rigathi Gachagua was chosen by William Ruto as his running partner on Sunday, May 15, while Raila Odinga selected Martha Karua for his running companion position. 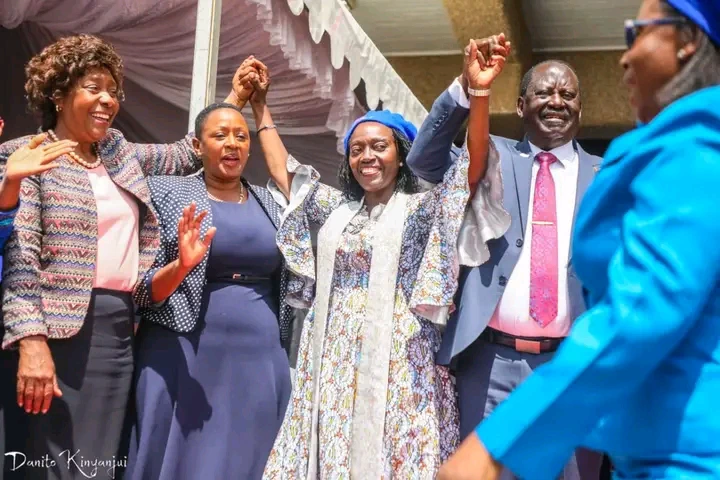 Sunkuli has been selected to serve as the running partner of Kalonzo Musyoka, the head of the Wiper party, who has also filed paperwork to become a candidate.

New online surveys started within minutes of Raila announcing his running partner, predicting which party had the best chance of winning the president in the elections that will take place on August 9th. Raila and Martha Karua, Ruto and Rigathi Gachagua, Kalonzo and Sunkuli, and Those Who Were Not Interested are the four teams that are being presented by Radio Africa, which is being headed by The Star. "For which couple are you planning to cast your vote in the general election on August 9?" It was printed in The Star newspaper. In a span of three hours, the event was attended by a total of 20,929 persons. 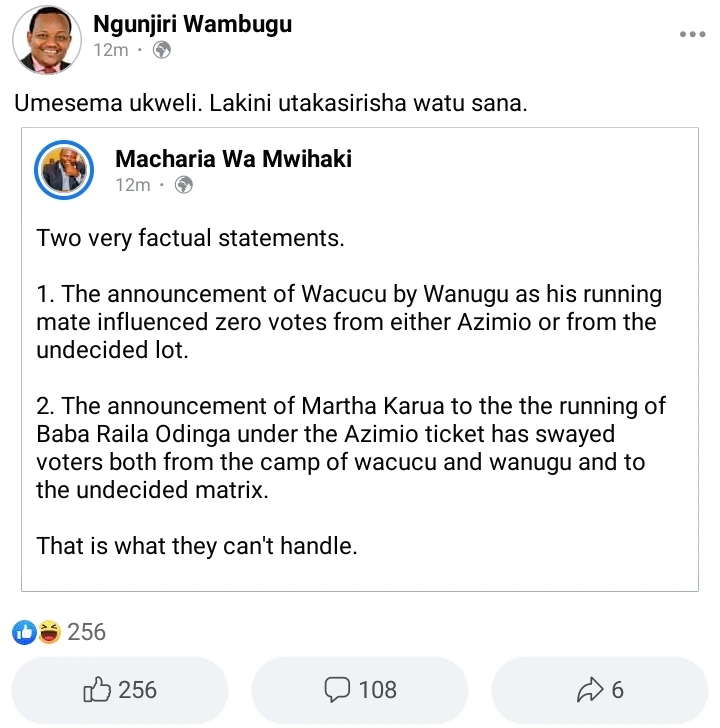 According to the data, the team comprised of Ruto and Rigathi Gachagua has an edge of 52 percent. Kalonzo-Sunkuli is in third place with 4 percent of the vote, while Raila-Martha Karua is in second place with 41 percent. Just four percent of all voters showed any interest in the teams that were put forth for consideration. Even if his relationship with President Kenyatta is becoming worse by the day, Kenyans continue to show their support for Deputy President William Ruto.

Waiguru Claims Ngirici is in Azimio