"Atazuia Kujiapisha, " Wamuchomba Says As She Confronts Karua, Who Accuses Her Of Being Baba's Dp

By Mayuoje (self media writer) | 1 month ago 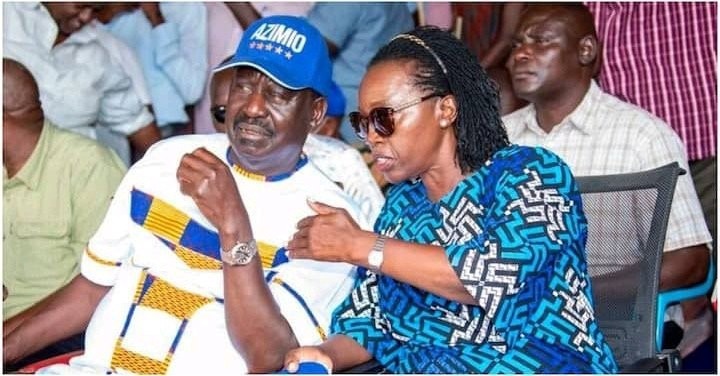 According to her, Martha will be crucial in ensuring that Raila concedes defeat and does not swear himself in, as he did after losing the 2013 general elections.

Because of her integrity and strong political morals, Wamuchomba believes Karua would be a good person to persuade the former prime minister to concede defeat and return home without too much drama.

These intriguing remarks come just hours after Karua was named Baba's running mate, setting off a chain of events.

Karua's appointment infuriated Ruto's supporters, who have been blasting her everywhere.

Ruto, on the other hand, chose Rigathi Gachagua as his running mate, which caused quite a stir.

Tifa opinion polls showed that the Karua-Odinga ticket was more popular than the Rigathi-Ruto ticket yesterday.

The UDA party, however, remained the most popular, followed by the ODM. According to the results of the poll. 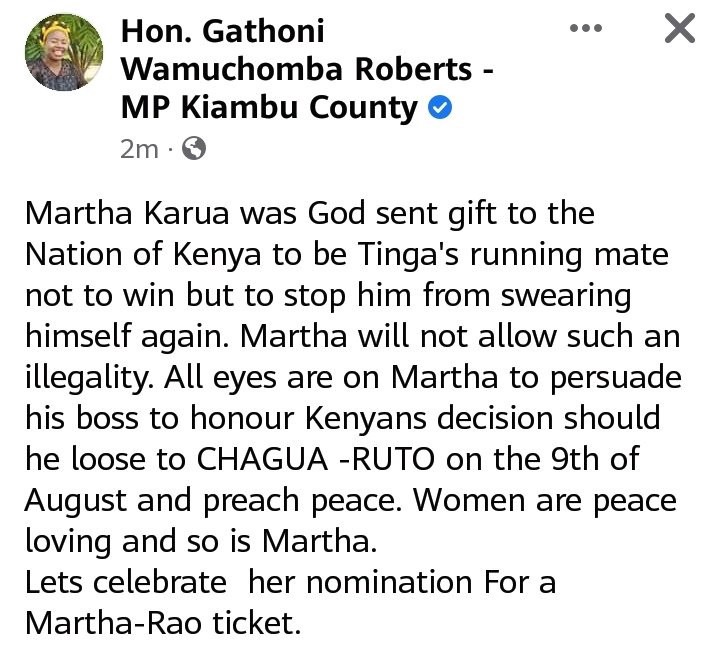 Content created and supplied by: Mayuoje (via Opera News )

Slippery road for Wajackoyah as petitioner goes to court asking for his disqualification.