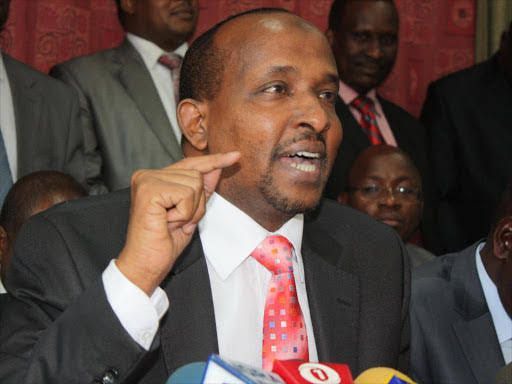 By law the Constitution of Kenya says that a general election to be held on second Tuesday of August. However, the proponents of BBI have been insisting that a referendum must be held before the country goes to the elections but politician allied to DP Ruto have seen this as a plan by Uhuru to extend the life of the Parliament and delay the 2022 elections. They have therefore, planned to resist such moves. 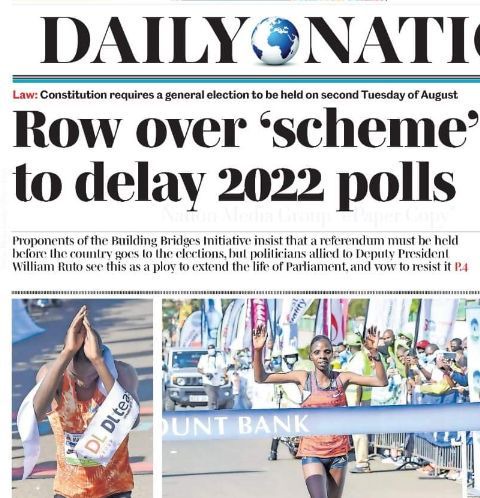 Today, again Hon. Aden Duale has delivered sad news to Uhuru on schemes to extend the 2022 elections. He said that he calls this move to be a bluff. He claimed that delaying the 2022 polls will not work at all. In his remarks he said, Articles 101(1), 136, 177 and 180 of the Constitution sets the dates of the election for Members of Parliament, the President, Members of County Assemblies and that of the Governors to be on second Tuesday, August in every fifth year.

He also stated that, now it is just a bluff that one can ignore this date and peddle rumours or even insinuate that Kenyans should postpone the elections. He added that, it is not possible, not feasible at all and not tenable with these clear provisions of the Kenyan Constitution.

The vocal legislator claimed that, indeed these provisions are also tied to Kenya's term of offices as elected representatives which is five years and not even a single day more. He stated that one may need to overhaul and manipulate several provisions of the constitution to change the date but this is not possible.

Duale also stated that, he had submitted his stand before and even now he still argues that one can't extend the term of Parliament. He said that this can only happen in case Kenya is at war as envisaged under Article 102(2) but Kenyans are not at war now.

He added, to this end he still calls it a bluff if he hears of any debate that one can postpone elections or otherwise extend the term of Parliament. It is just a bluff and looks like drama in the nation. He ended his remarks to say that, it is high time that we leave drama on serious issues of the government. 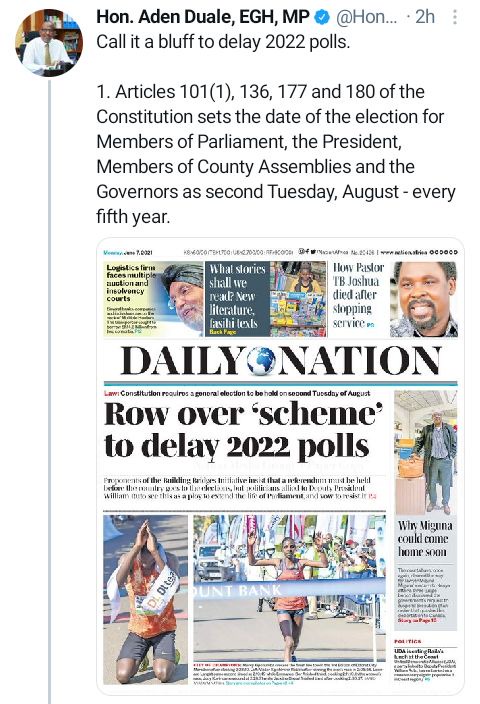 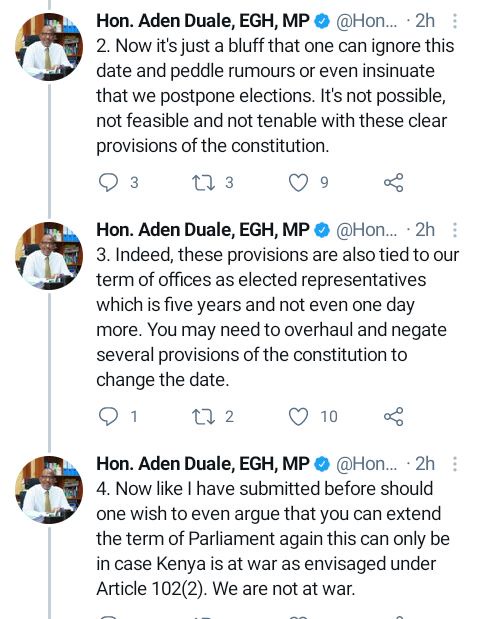 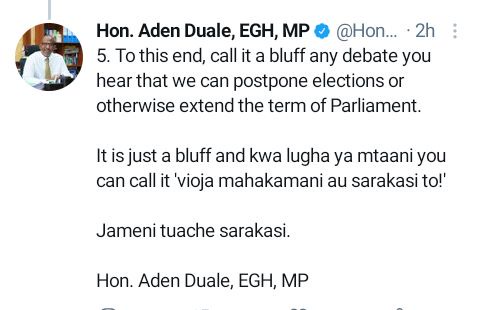