Mr. Charles Keter has been crisscrossing different parts of Kericho county popularizing his gubernatorial bid on a United Democratic Alliance party ticket. He has made several stop overs in Kericho county this week. 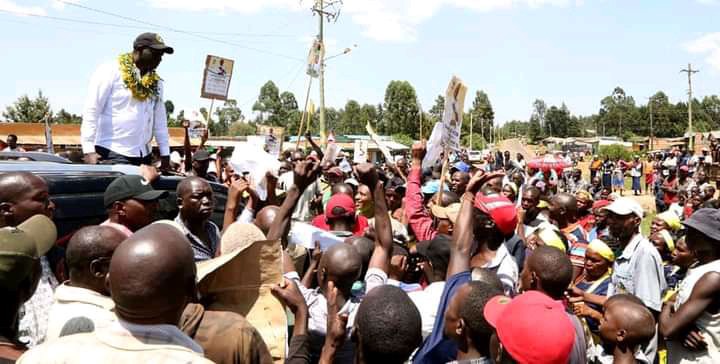 Today a group of Kericho residents rejected Charles Keter gubernatorial bid stating that he is unfit for the top county job. The residents accused the former cabinet secretary for mismanaging funds during his tenure as Energy cabinet secretary.

The residents called for president Uhuru Kenyatta to investigate the former cabinet secretary Keter over massive corruption in the energy docket during his tenure. Charles Keter served as energy cabinet secretary from 2017 to 2020 before being transferred to Devolution docket.

Charles Keter is not new in Kericho politics. He served as Belgut member of parliament for two terms before vying for Kericho senatorial seat in 2013 polls where he won on a URP party ticket.

Several candidates have shown interest in succeeding Kericho governor Prof. Paul Chepkwony who is serving his last term in office. One of the popular candidate is Dr. Erick Mutai who is vying on a UDA ticket.

This information and video of Charles Keter rejection was shared by senior digital strategist Abraham Mutai on his official Twitter account. 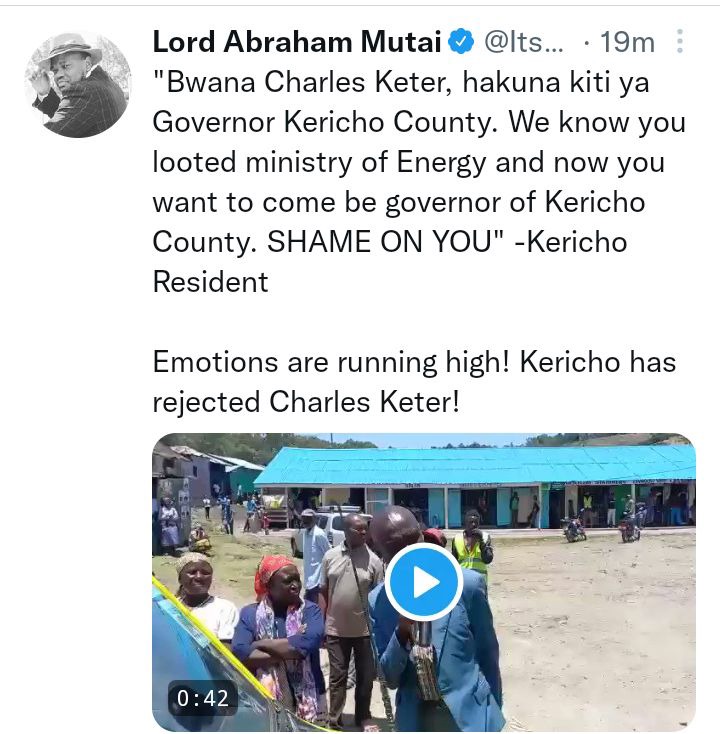 Gachagua Predicts The Percentage Of Votes They Will Get, Dismisses Opinion Polls.