By Thesaver (self media writer) | 2 months ago

Yesterday at the safari park hotel, Raila Odinga delivered prayers for Thanksgiving alongside Kalonzo Musyoka and the reverend Martha Karua. 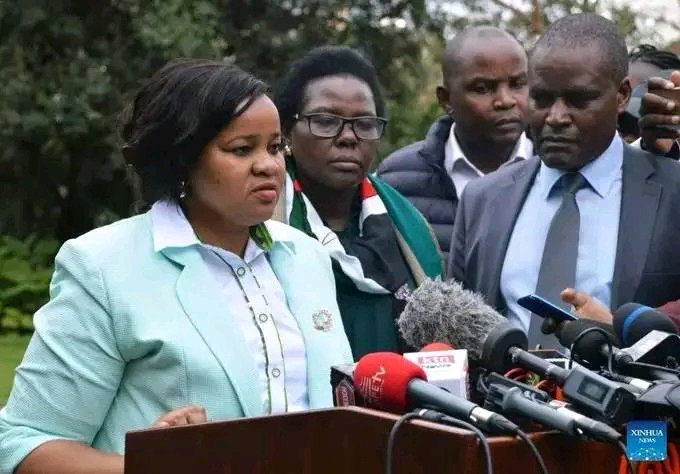 Later, they had significant conversations that will improve their cooperation in the national assembly and senate.

Raila Odinga said that he accepted the election results because he wanted Kenya to continue to be peaceful in his speech to the entire audience.

Second, he claimed that if he had flatly rejected the results declared by IEBC Chairman Honorable Wafula Chebukati, he would have made the same error made in Kenya after the 2007 general election, when the majority of Kenyans lost their lives and their property as a result of post-election violence.

Thirdly, he thought back to what had transpired in Ivory Coast in 2010, when the chairman of the electoral committee had hurriedly declared the presidential results following a disagreement with his Juniors.

The outcome was bad because the nation descended into anarchy and the International Criminal Court (ICC) learned about it. He connected it to what happened between Chebukati and Juliana Cherera on August 15, 2022, the day the results of the presidential election were made known to the whole public. 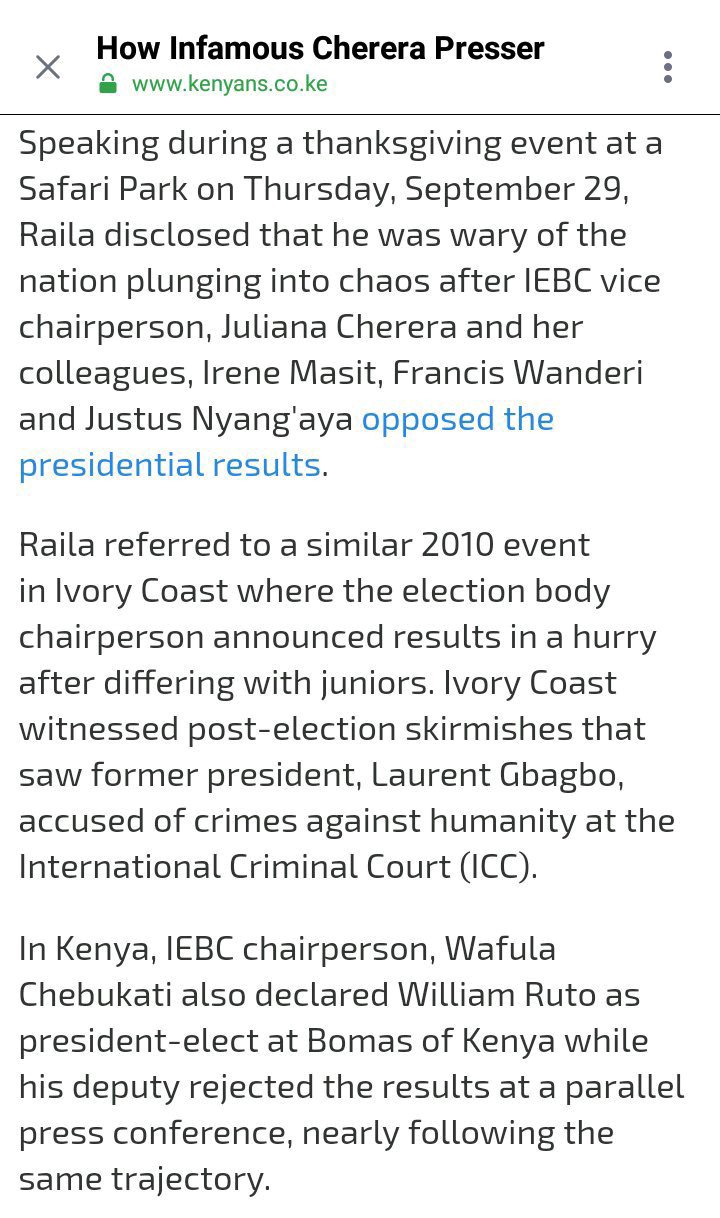 Last but not least, he asserted that Wafula Chebukati's announcement of the presidential results, which was opposed by the four dissenting IEBC commissioners led by Juliana Cherera, Irene Massit, Justus Nyangaya, and Francis Wanderi, forced him to concede defeat in order to prevent the country from descending into a dangerous civil war.

Content created and supplied by: Thesaver (via Opera News )