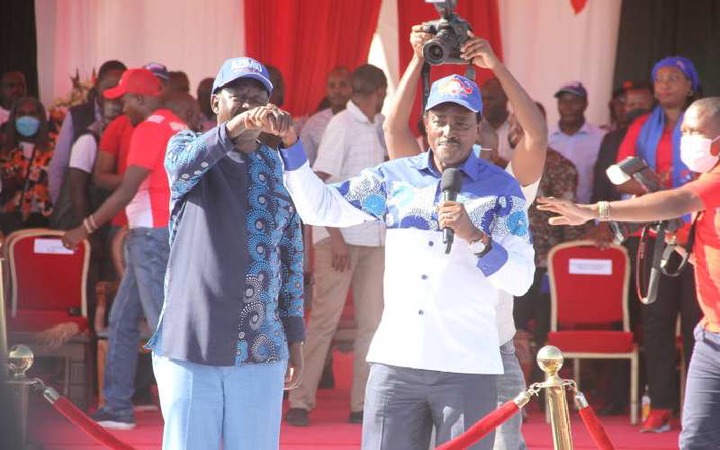 ODM leader Raila Odinga has indeed been in reunion talks with Wiper leader Kalonzo Musyoka, which have now succeeded the Daily Nation has found out.

Kalonzo had earlier taken a firm stand against Raila's Azimio La Umoja, insisting on personally vying for President after being denied the running mate slot.

But it is now coming out that he has agreed to return to Azimio and won't, therefore, be using the lifeline given to him by the IEBC to proceed and vie.

It is reported that they have already agreed on two ministries which will be given to Kalonzo; that of Foreign Affairs and the Energy docket.

What's now being discussed is whether he should be given the Devolution or Water dockets as an addition to the two and his Chief Cabinet Secretary post.

This has been confirmed by his close ally and Makueni Senator Mutula Kilonzo Jnr, who says that Kalonzo, therefore, won't vie for President. 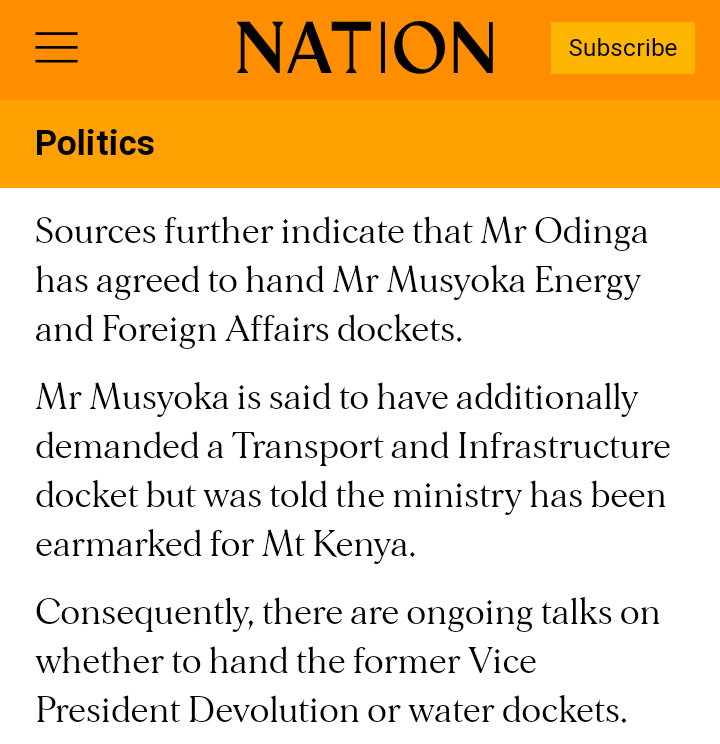 “He (Mr Musyoka) called us to a meeting and told us to announce that he had decided to work with those who are determined to foster peace and end corruption in Kenya,” he told the Sunday Nation.

It is emerging that Kalonzo's demand for the Roads and Infrastructure docket has been rejected, on grounds that the same is a preserve of Mt Kenya.

Borabu MP Ben Momanyi says that the deal was struck two days ago, and the decision not to pursue Kalonzo's candidacy at the IEBC was deliberate.

What will follow, he told the paper, is Kalonzo rejoining Azimio and himself, Raila and his running mate Martha Karua campaigning together.

“We had agreed two days ago not to run; that is why we decided not to pursue his candidature in terms of meeting the requirements," he is quoted.

Is Divorce Better Than An Unhappy Marriage? OPINION