Homabay Residents Warned Against Electing Kidero As The Next Governor

By NewInKenya (self media writer) | 10 months ago 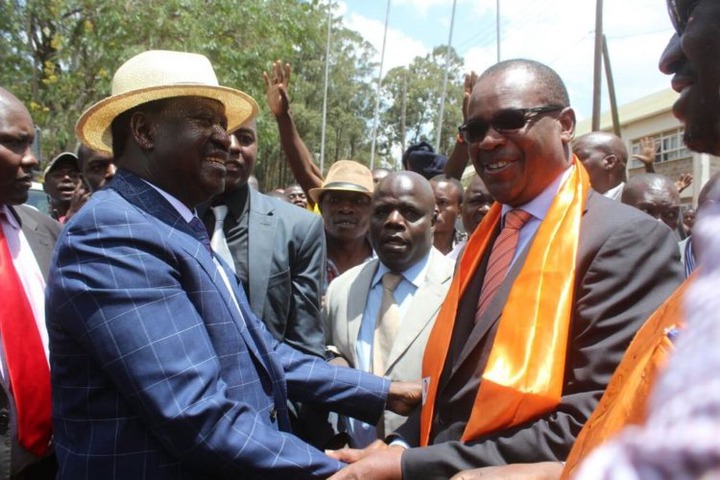 The former governor has been intensifying his campaigns in the region at the same time getting closer to the former prime minister RT. Hon. Raila who controls politics in the region. Kidero has been accompanying Raila in almost all his functions like today, he has been spotted with Raila in Malindi.

Kidero's bid to become the next Governor has met several critisms from various leaders including the sitting governor Awiti who advised him to go back vie in the city since he is above village politics. Kidero has however, insisted that he is in the race and will not step down.

His opponents too have been warning the residents against electing him since he is facing several graft charges that he is yet to be cleared from, this morning a popular blogger too has echoed other leaders sentiments. Robert Alai, on his Twitter has posted part of the an article showing Kidero attending a court session, he has said that should Kidero be elected, most of his time will be spent in Court. 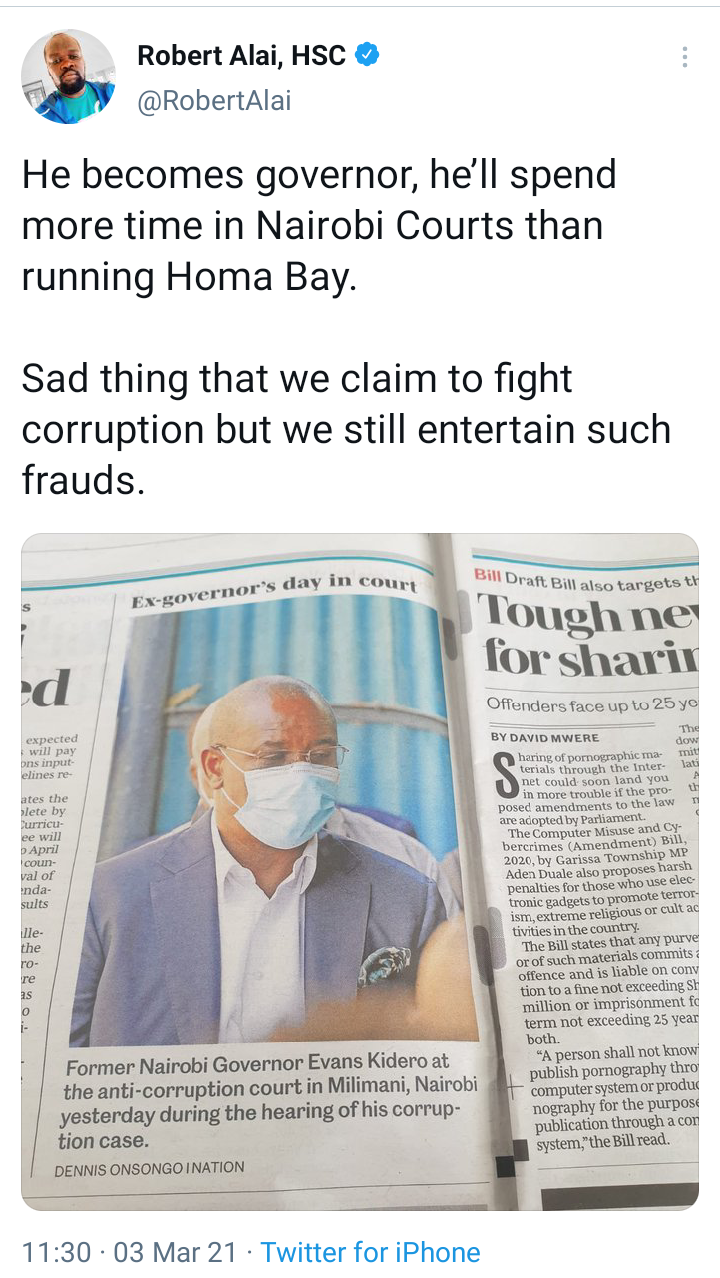