The Sunday Standard, The Sunday Nation And The Taifa Leo Newspapers Headline 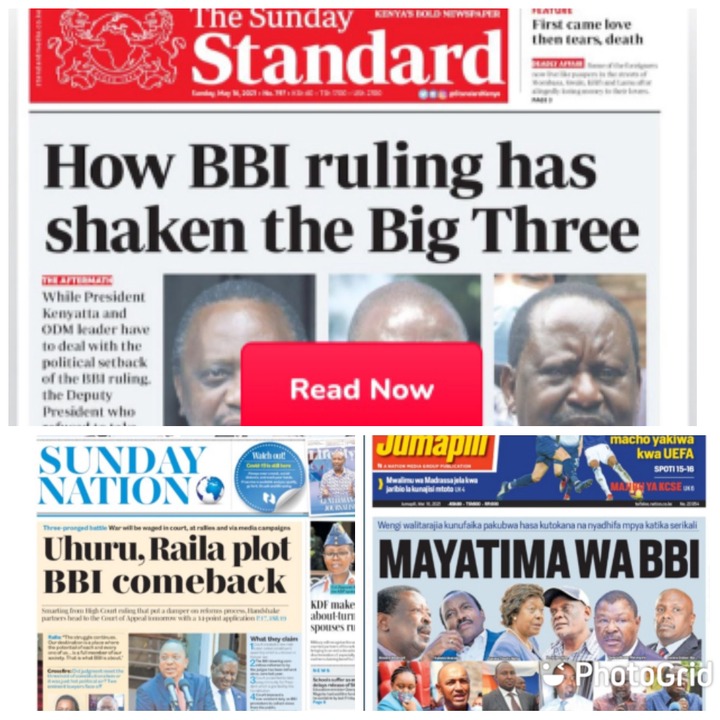 According to the publication, President Uhuru Kenyatta and his handshake partner Raila Odinga must deal with the political setback of the Building Bridges Initiative (BBI) Bill ruling.

On the other hand,DP Ruto who did not make a stand on the 2020 Constitution Amendment Bill must accept that some of his trusted allies voted in favour of the Bill.

However,as DP Ruto celebrates that God in heaved who loves kenyans have stopped the reggae, Raila vows to move to court of appeal to challenge the high court ruling. 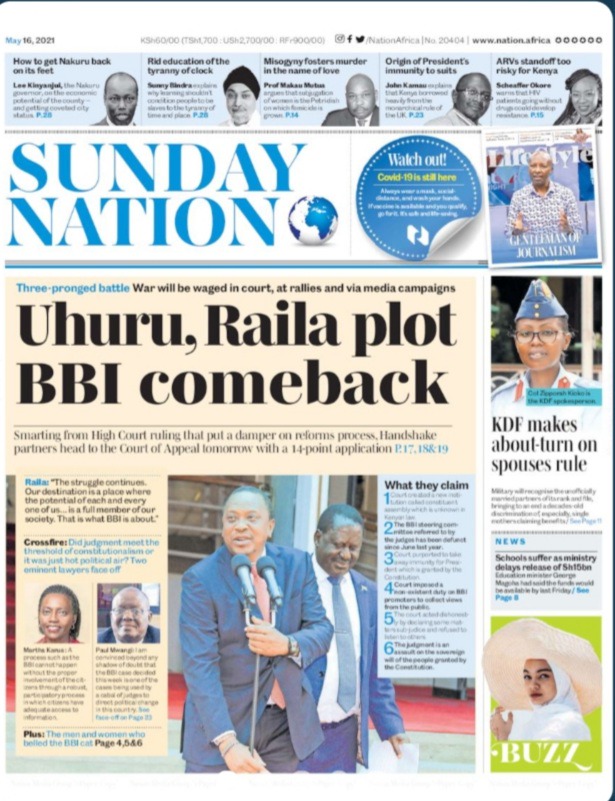 The publication speaks about the plot by president Uhuru Kenyatta and RailaOdinga to bring back BBI despite court rulling.

After high court declared the BBI Proces null and void,the handshake partners have vowed to move to court of appeal on Monday to challenge the high court ruling.

Raila has said that the struggle must continue despite the high court ruling. 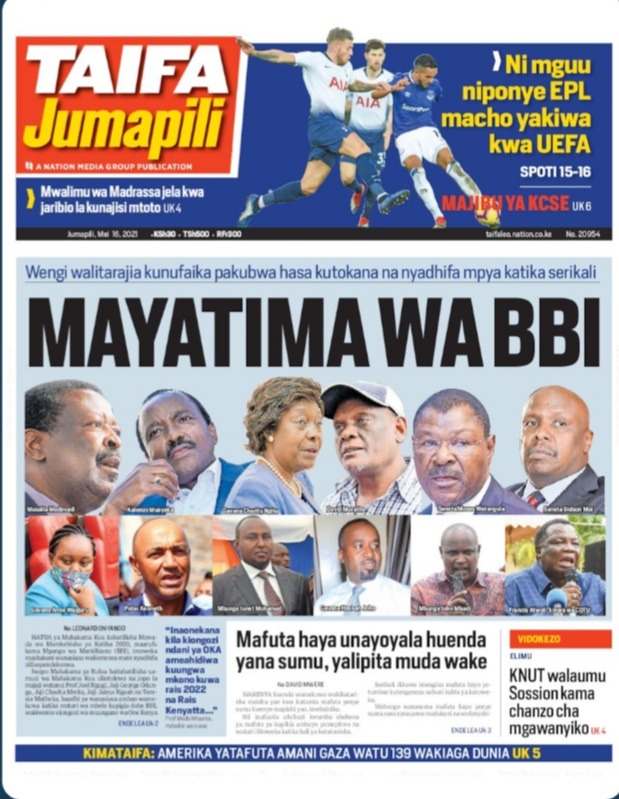 Ruto Gets Emotional, Lectures His Staff over What Happened During Bongoma Rally

[Watch Video] Were They Really Paid? OVer 50 MCAs Claim They Have Been Promised 1Million to Quit ANC