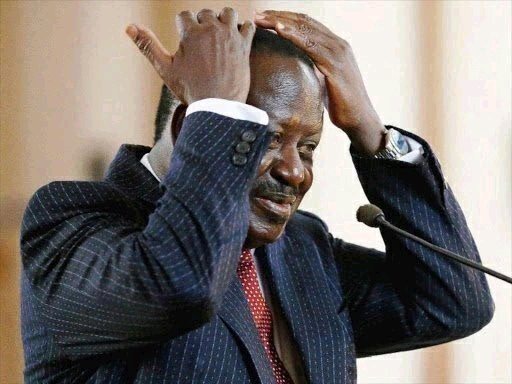 In a fascinating development, the Kikuyu Council of Elders condemned a group of elders led by President Uhuru Kenyatta's cousin, Kung'u Muigai, who had visited deputy President William Ruto and supported the campaign in his presidential bid.

The boss of the National Council of Elders Kung'u Muigai has promised to organize the mountains of Kenya to support Ruto despite Uhuru's intentions. Kiama Kiama elders, led by their president Njoroge Minae, spoke to the media after meeting Kiambu County Governor James Nyoro at their temple in Juja. They claim Ruto's old allies come to Karen for their own gain and they have no blessing. 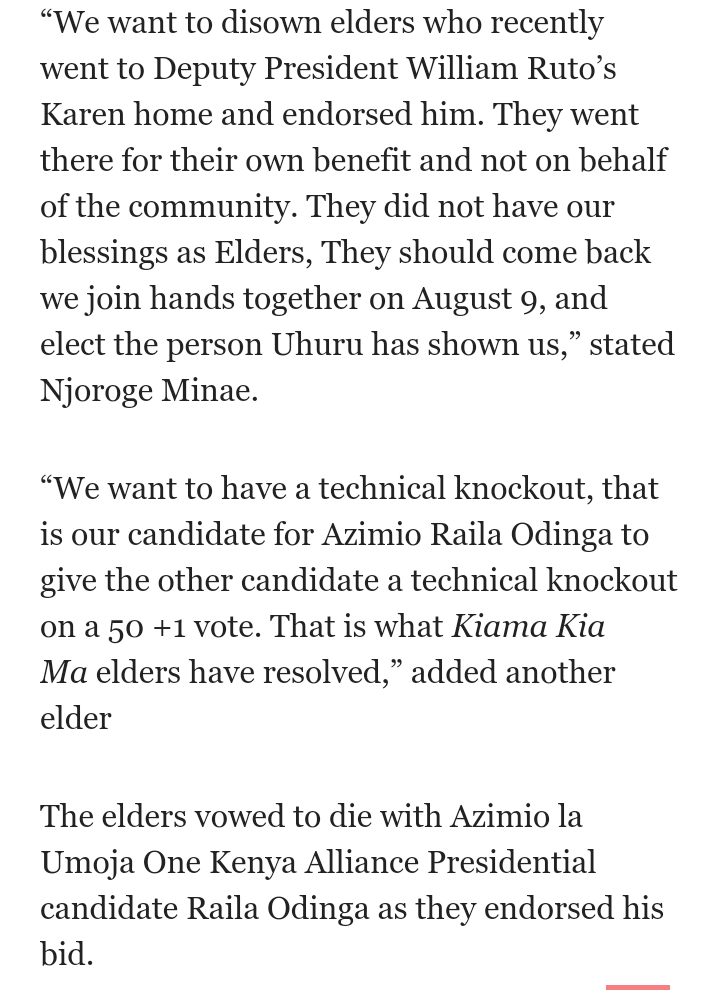 While supporting Raila Odinga's presidential campaign, the wise men pledged to die alongside Union candidate Azimio la Umoja One Kenya. They said that as senior citizens of the Mount Kenya region, they strongly support President Uhuru Kenyatta's political stance and will cast a significant number of votes for Raila Odinga on August 9 in the general election.