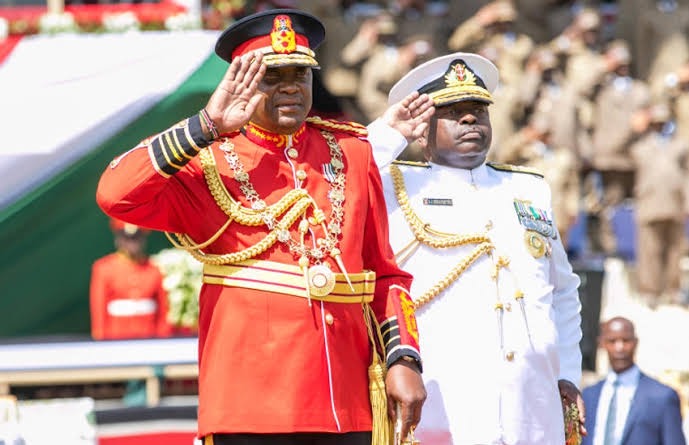 On Thursday September 23, President Uhuru Kenyatta conducted a tour at the Kenya Navy Base in Manda Bay Lamu county and was spotted donning millitary regalia that has had evoked a reaction from the Netizens.

The Head of state arrived in a jungle army garment commonly known as camouflage and was received by Defence Cabinet Secretary Monica Juma and Chief of the Kenya Defence forces Robert Kibochi but later changed to a red Kenya Army Ceremonial attire. 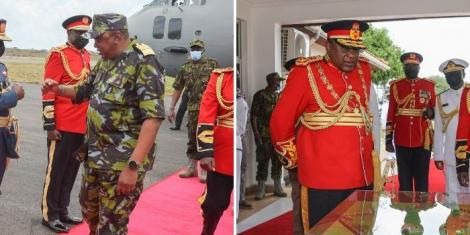 While donning the ceremonial attire, the commander in chief awarded Lieutenant Nordin Juma during the Presidential and Regimental colour presentation.

"The red tunic is the ceremonial uniform. When Uhuru is presiding over a military parade, he has to put on the red tunic. The other one is the jungle uniform, which he uses when he is in the field for operations. In the hierarchy, we have the Kenyan Army, followed by the Kenyan Airforce and the Kenya Navy. So the tradition has been that he must put on the colours of the major wing of the army and that is the Kenya Army," he clarified. 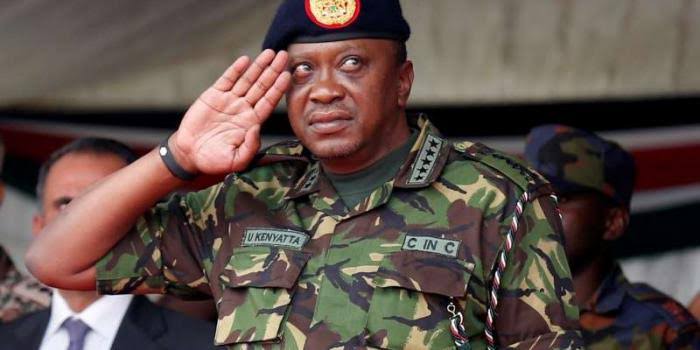 How To Arrange Your House To Make It Beautiful And A Happy Place For All People.

A List of the Top 10 Most Expensive Dogs in the World.