"Ruto Is Not A Problem," Vocal Political Analyst Reveals What Raila Will Discover After Referendum 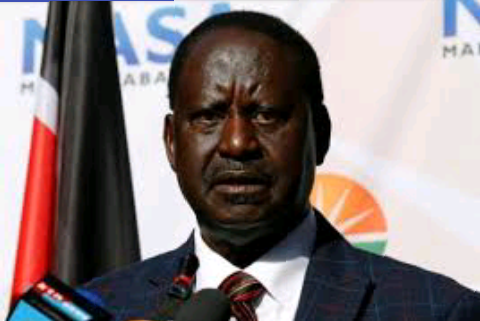 The Orange Democratic party leader Raila Amolo Odinga together with the president initiated building bridges initiative that has elicited mixed reactions among the politicians. Since his handshake with the president. The deputy president William Ruto seems to have been sidelined.

Ruto has publicly dismissed the attempts to ammend the Constitution saying it isn't a priority to the Kenyans. Though he confessed that he won't lead a No campaign in the upcoming refferundum.

Raila has been popularising the BBI. He has been slamming Ruto for advancing hustler narrative which has been symbolized with the wheellbarow. On the other side, the deputy has been calling upon his other competitors to design their politics based on ideaologies rather than peddling lies and advancing tribalism.

"Looking at the Kenyan political terrain today,am persuaded Raila Odinga will soon realize DP Ruto has never been the enermy. Regrettably, Raila will come to terms with this reality when it is too late.I suppose Raila I'll discover this after the refferundum," he said. 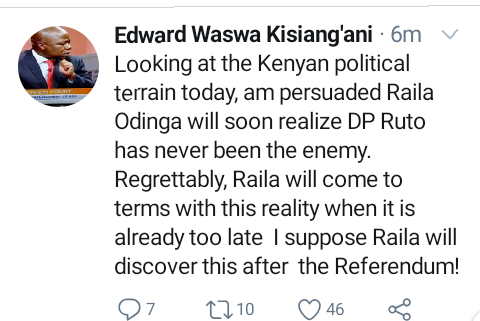 Kenya Editors Guild Pick a Fight with Kinoti, Threaten To Do This If They Summon Purity Mwambia

The Hunter Becomes The Hunted, Three Senior Police Officers Arrested By Colleagues Over This