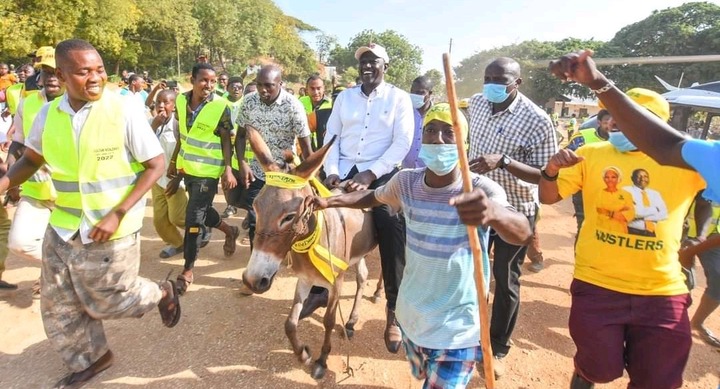 Deputy president Wlliam Ruto decided to take His Campaigns strategy a notch Higher, while engaging His Supporters in the Coast region after He decided to join them in celebrating their Culture and riding a Donkey that was brought to the Public for the rare event that indicated their support for the Dp.

According to pictures taken from both the front and back side of the Scene, Ruto was seen on top of a Full grown Donkey while riding it, and smiling as a sign of enjoying the whole activity. The animal which appeared not bothered by the whole drama sorrounding the Large crowd continued to move forward as they matched in and sang in unison.

All this While, a crowd of Hundreds of residents of Mombasa sorrounded Ruto, while Green Vests that is usually worn by Bodaboda Operators, while they also put a yellow scarf with the UDA Party writings around the head of the Animal, while a Man who was perceived to be the owner of the Donkey ran by the side of it a very long stick that He used to control the Donkey.

Reports also revealed that the GSU Officers that were guarding Ruto had to maintain a certain distance from the Animal, even as they discharged their official duties of guarding the Dp. However, a special unit was also on the look out in case of any unusual happening that may cause harm to the second in command as He was pulling such dangerous stunts that is totally unprecedented. 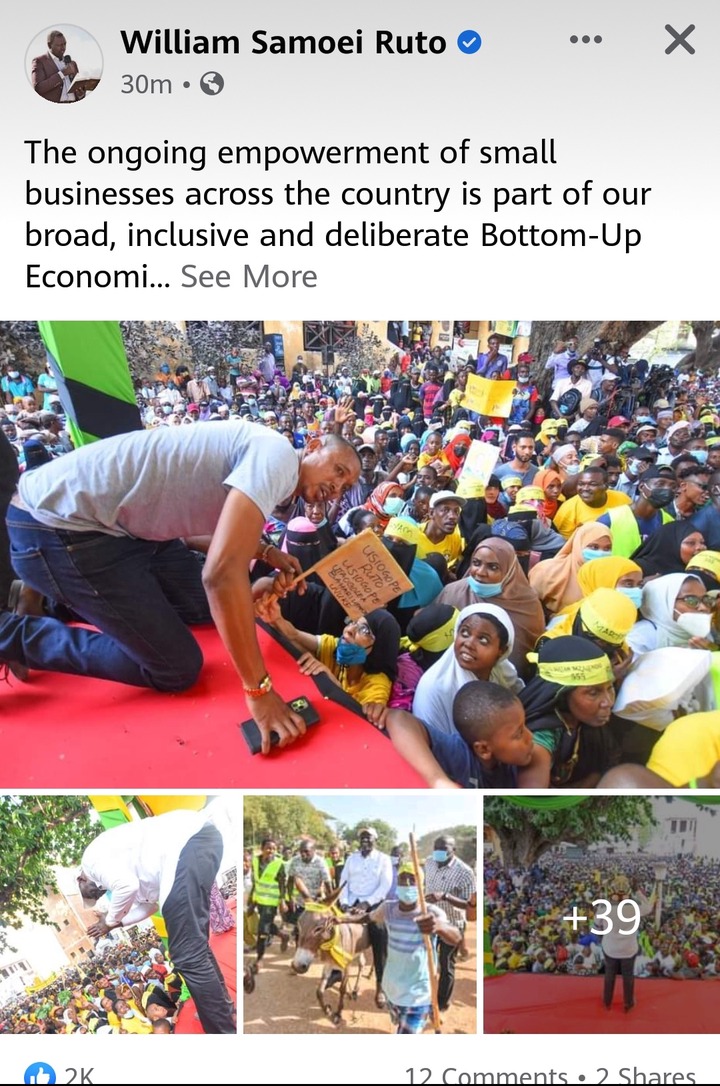 Immediately this pictures appeared online, Kenyans decided to ignite a very long conversation on social media, while reacting to such. Some accused Ruto of using such odd tactics to 'Fool' Kenyans in order to attain the largest number of votes in the region, since such methods have been used in the past to gain momentum and quickly ascend to power.

Some Kenyans however, who were perceived to be His followers congratulated Him, saying that it's a wise thing that He did to engage with the poor, and also do what He likes despite His social status that places Him in different levels.

Ruto has been on record doing such activities especially during this time, which has been a source of debates. This is the second day since He visited the coast region in His 6 days tour. 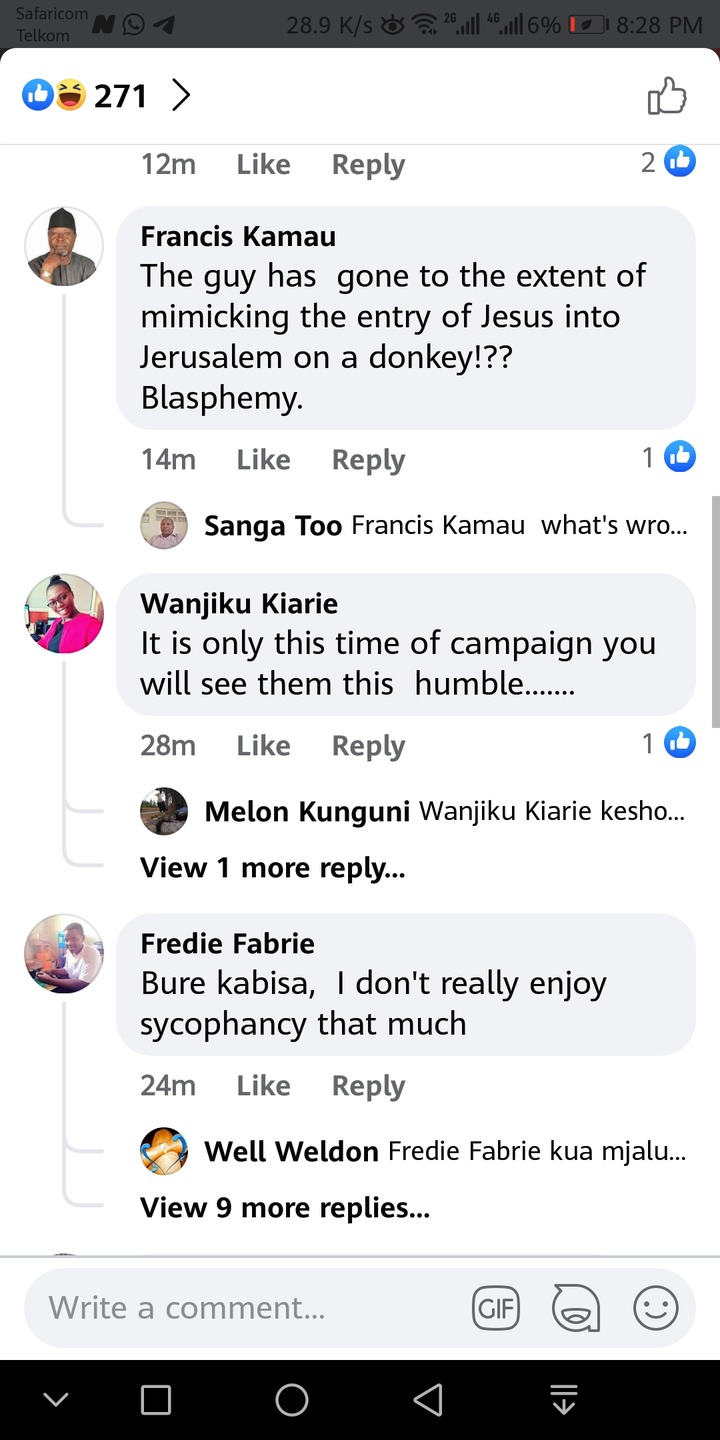 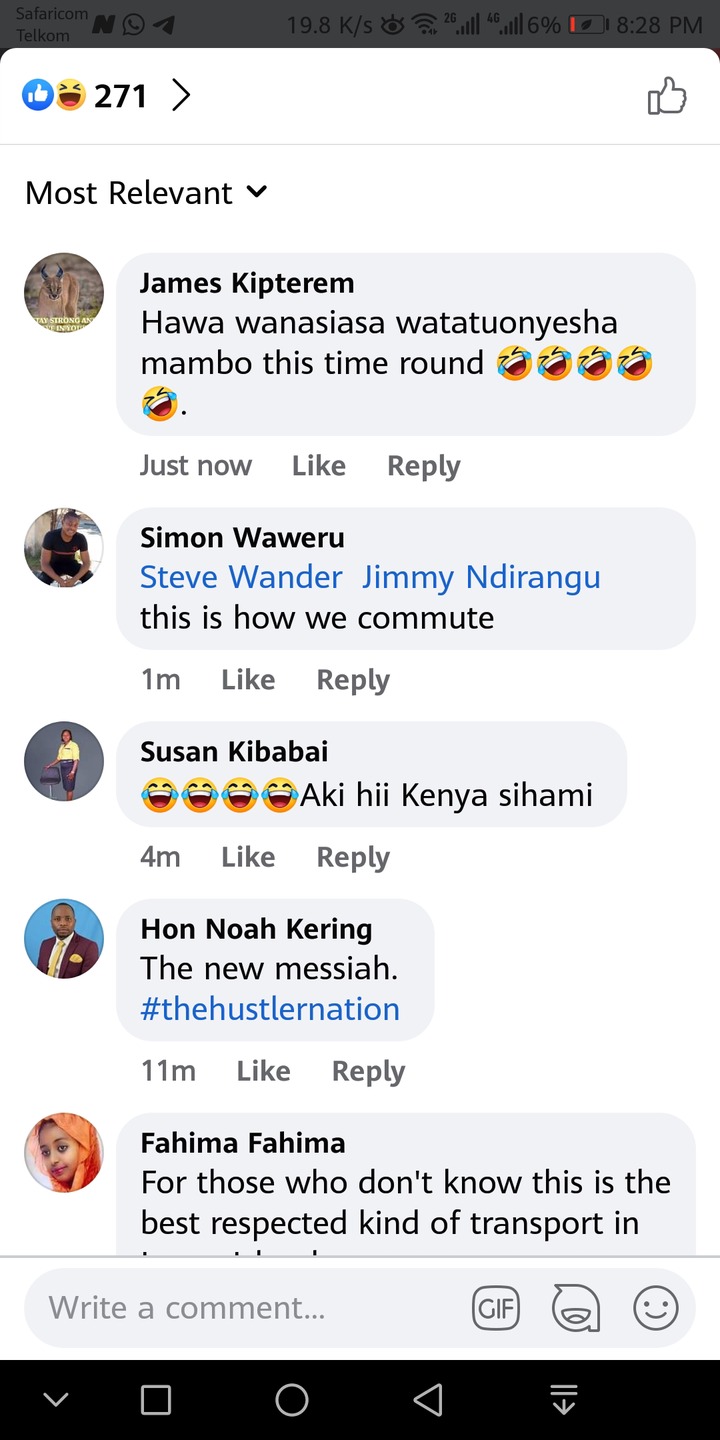