By AbubakarIDD (self meida writer) | 1 months 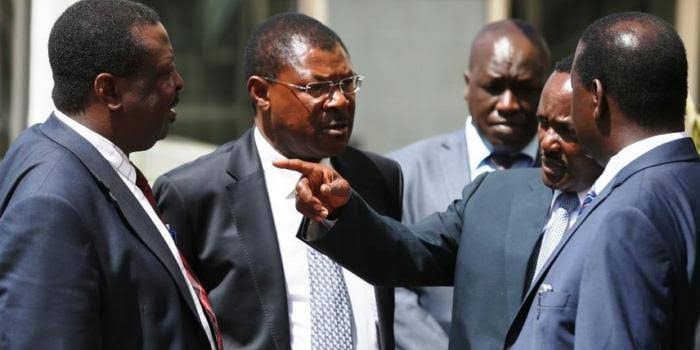 In NASA, the two powerful leaders were joined by Musalia Mudavadi and others but the bad thing is that they still ended up losing in that general election. As we are speaking, NASA has been in shackles with even Musalia Mudavadi's ANC party confirming their exit some few days ago.

Today, Raila Odinga, Musalia Mudavadi and Kalonzo Musyoka were finally joined together for questioning by Professor Edward Kisiang'ani. Through his official twitter account, Kisiang'ani asked if the leaders will be praising President Uhuru Kenyatta's administration in their presidential campaigns or not.

"I think it is probably safe to assume Raila, Kalonzo and Musalia will be on the ballot as Presidential candidates in 2022. So will they base their campaigns on condemning or praising the Uhuru administration? Will their message be about change or continuity?" Tweeted Edward Kisiang'ani. 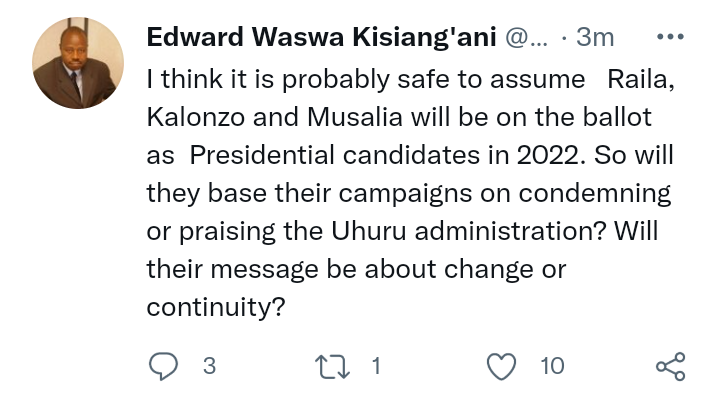 3 Unique Body Features That Only A Few People Have