By RuthMak (self media writer) | 1 month ago

Mwendwa was arrested at his home on Kiambu Road on Thursday morning, July 7, 2022, and taken to the Directorate of Criminal Investigations headquarters for questioning. 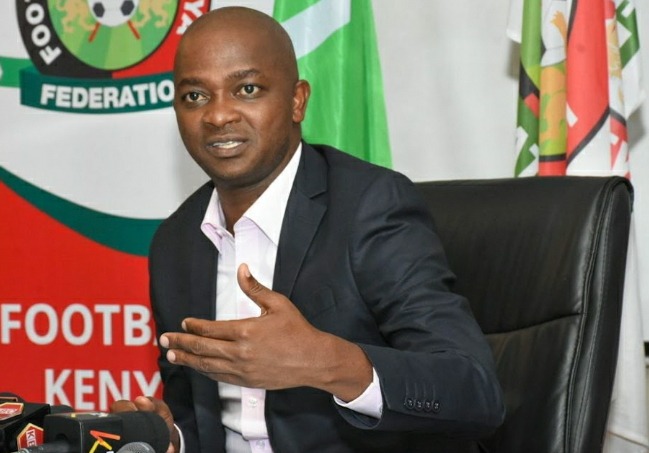 It is not clear why he was rearrested after being released on Wednesday, July 6 in a Ksh38 million corruption case after the Director of Public Prosecutions failed to testify.

The High Court in Anti Corruption in Elimani Eunice Nyuttu has rejected a major attempt by the DPP's office to have the matter postponed so that his office can record the statements of the targeted witnesses.

I release Nick Mwendwa under section 87, A of the Criminal Procedure Code for the DPP's failure to obtain evidence before this court, Nyuttu said.

He sued the DPP for violating the court order by arresting and producing Mwendwa in court without evidence.

The court agreed with defense lawyers Eric Mutua and Charles Njenga that the DPP used the court as a safe haven in the hunt for evidence. The DPP has demanded that Mwendwa's case be postponed.

When the case was due to be heard on Wednesday, the DPP requested that the case be adjourned so that he could gather evidence and present the case.

Attorney Mutua strongly opposes the attempt to settle the case permanently claiming that the defendant's rights have been violated since the case was adjourned on November 14, 2021 and the court should stop the practice.

Earlier this year, the court was told that Sports Cabinet Secretary Amina Mohamed and KCB officials had refused to release their evidence and recorded statements.

Nyuttu was told that DCI boss George Kinoti had summoned CS and senior bank officials to give him evidence so he could proceed with the Office of the Director of Public Prosecutions Noordin Haji and provide the defendants lawyers Eric Mutua and Charles Njenga with the same. to prepare Mwendwa for self defense.

Mwendwa was out on Ksh10 million bail. He has been charged with felony criminal mischief for firing on a sculpture with a shotgun, according to Flathead County, Arkansas Sherriff Jim Dupont, Ksh 29,502,709

He also alleges that on May 15, 2021, in an undisclosed location in the Republic of Kenya, along with others who were not in court, he forged public property amounting to Ksh2.5 million, Football Kenya Federation assets.

Mwendwa is accused of illegally acquiring Ksh5 million worth of assets and another Ksh1 million on March 4 and May 6 this year respectively.

Content created and supplied by: RuthMak (via Opera News )