Meet The Loyal Bodyguard That Uhuru Inherited From Kibaki 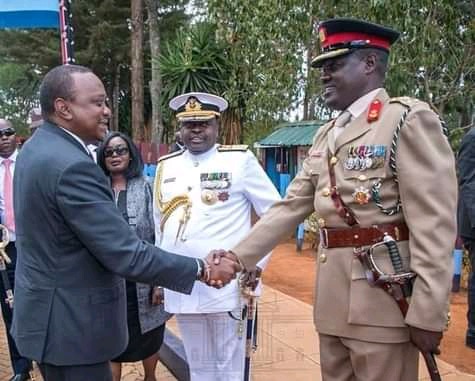 He is one of the few Aide de Camps to serve two different Presidents. During his glorious reign in the military, Major General Peter Njiru Mbogo will always remain a proud man, convinced that he has played his part in the nation building.

After the resignation of Colonel ( rtd) Gefoffrey King'ang'i as President Mwai Kibaki's Aide de Camp in order to venture into politics, Colonel Peter Njiru Mbogo was picked as his successor.

The man from Embu would go on to serve Kibaki loyally for the remainder of his term.

After the 2013 general election which saw Uhuru Kenyatta succeed Kibaki as Kenya's fourth President, during the official handover of power in a colorful swearing in ceremony at Kasarani Stadium, Colonel Mbogo was seen crossing over to stand behind the new President immediately he was sworn-in and handed instruments of power. 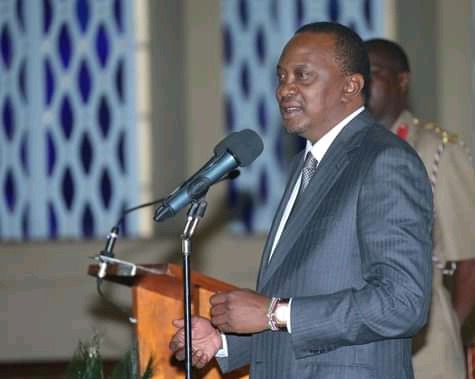 Colonel Mbogo served Uhuru for his entire first term in office until 2017 when he was succeeded by Colonel Victor Mburu.

The long serving Aide de Camp would later head to the UK for further studie. Upon his return, he was promoted to the position of Brigadier and handed top military job as Commander of the Recruits Training College, Eldoret.

In 2020, he was promoted to the rank of Major General and got posted to Lanet, Nakuru as Commander of the Kenya Military Academy.

Today, he is one of the most senior military men in the country. And with his star continuing to rise, there may be something bigger for him coming.

Safaricom Announces a New Major Data Offer, Declares Today 2PM as The Deadline For Claiming it

One Growing Problem Arsenal Must Address Vs Newcastle To Avoid Disaster