By TimingNowKE (self meida writer) | 27 days

The race for the Kiambaa parliamentary seat has intensified with both Jubilee and United Democratic Alliance (UDA) exuding confidence of winning in the by-election slated for July 15. 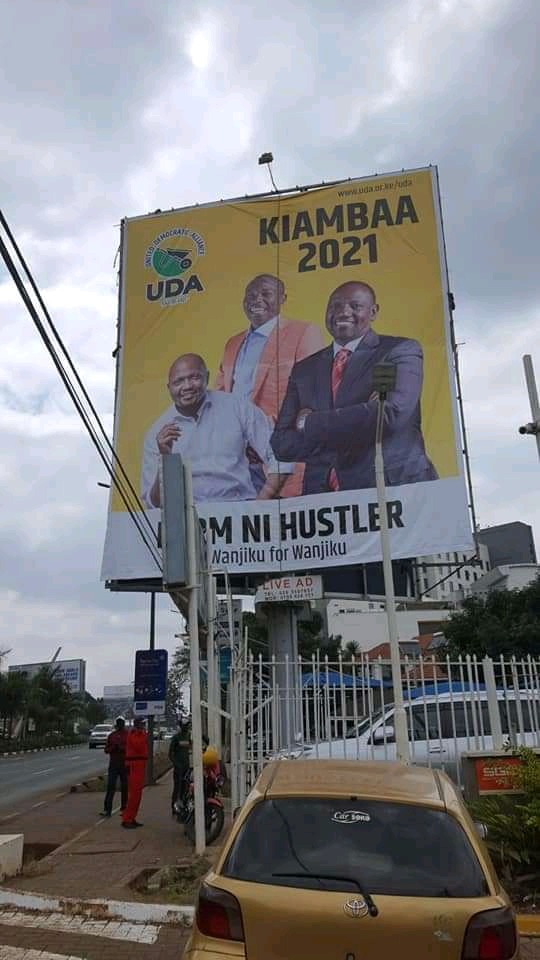 This hotly-contested Kiambaa by-election race has also attracted the candidature of John Njuguna Wanjiku, who is flying the ticket of the United Democratic Alliance (UDA) party that has been linked to Deputy President William Ruto. 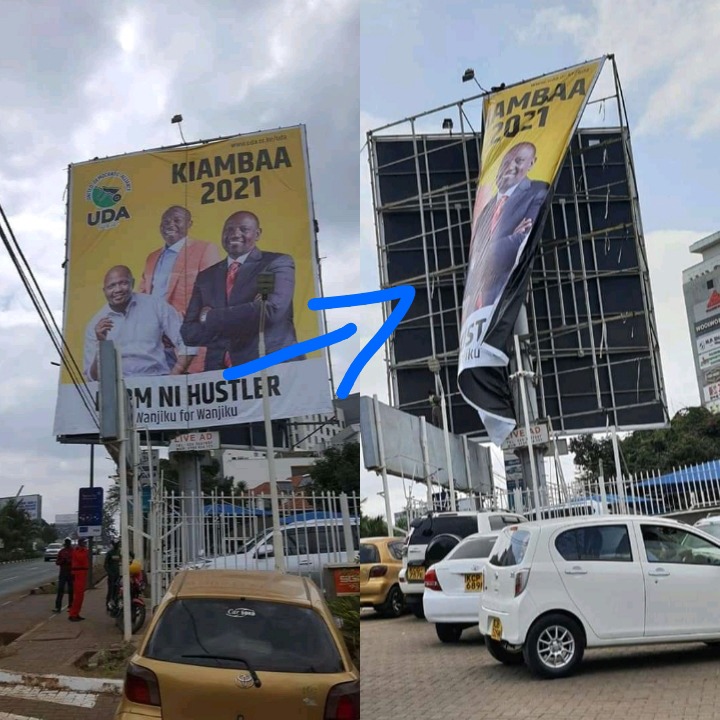 As per the vocal legislator, the woman who owns the land has claimed to be the relative to president Uhuru Kenyatta and that she cannot allow the Billboard to stand on her land. 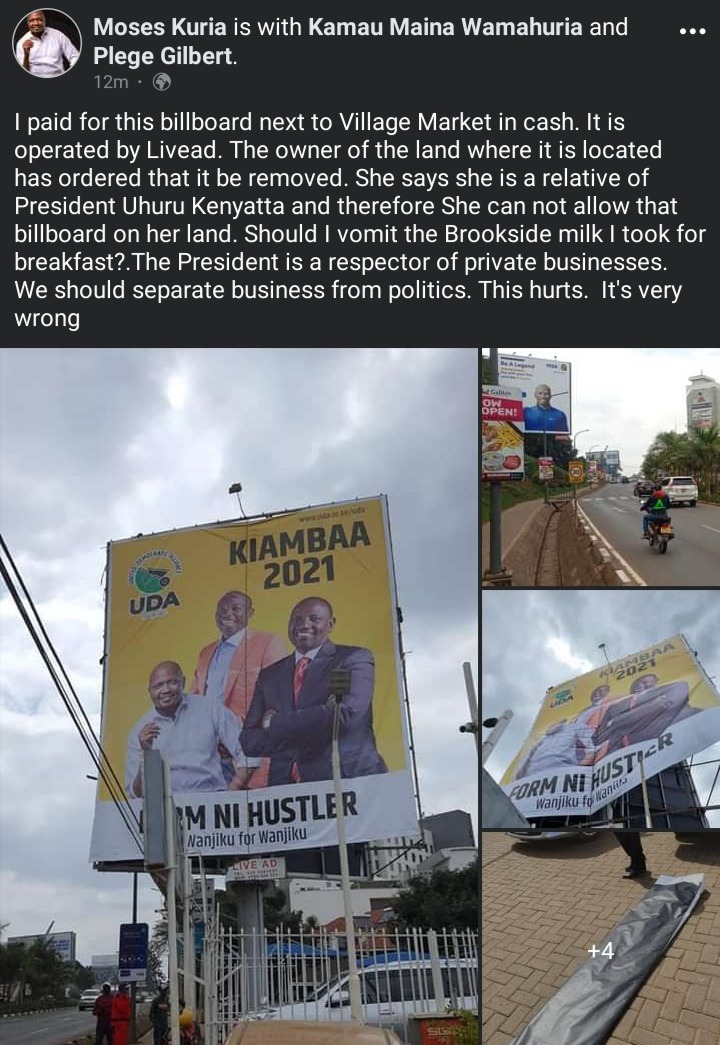 On the Billboard, it potrayed the UDA Kiambaa candidate, Moses Kuria and the Deputy president William Ruto and its eradication has elicited mixed reactions on social media among Kenyans online.

Below are a sample of the reactions.... 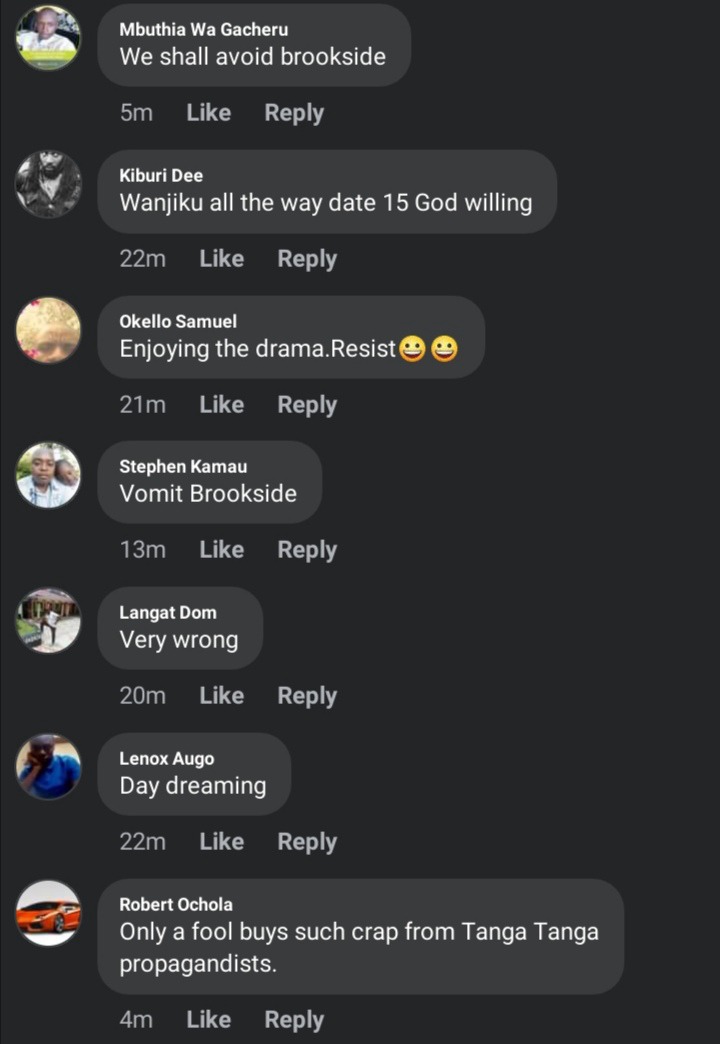 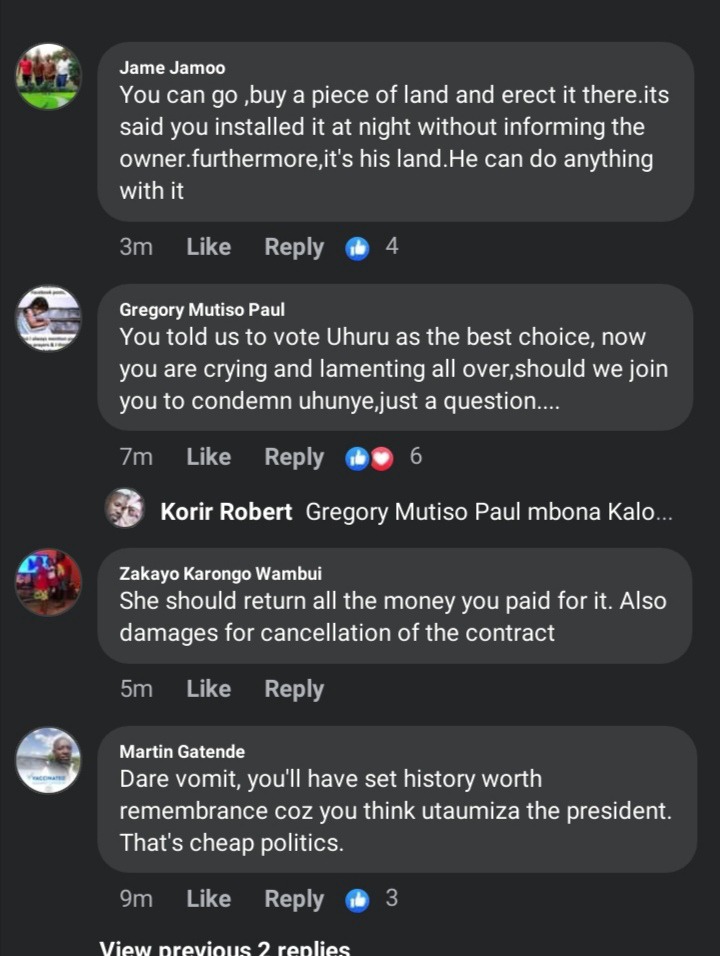 President Uhuru Kenyatta and his deputy William Ruto are set for a major face-off during the upcoming Kiambaa by-election.

Emboldened by the win in the Juja mini poll, Ruto is seeking to test his firepower as his boss sets out to dismiss a perception that he is gradually losing grip of his mount Kenya backyard.