By Bossbaby (self media writer) | 1 month ago

The deputy leader of the Orange Democratic Movement party, Wycliffe Oparanya, has been accused of intimidating the affiliate parties in the Azimio La Umoja One Kenya coalition by DAP-K MP candidate Peter Salasya. With only 40 days till the election, internal conflict is breaking out in Azimio. 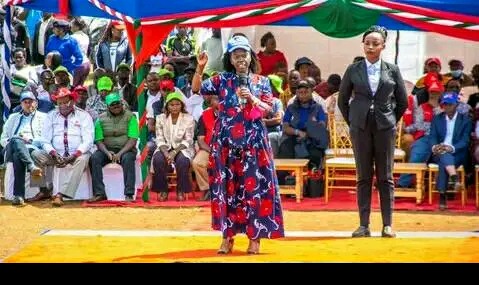 Despite working in the secretariat of the Azimio La Umoja One Kenya coalition, Wycliffe Oparanya, according to Peter Salasya, allegedly drew lines up with just Orange Democratic Movement party candidates.

According to Salasya, Oparanya had also been intimidating other affiliated parties in Azimio, Kakamega County. He continued by saying that he will not withdraw from the fight for the Mumias East seat.

This comes after county enforcement police beat up Peter Salasya. He was then denied access to a Khushikulu Azimio event where Wycliffe Oparanya was speaking.

Peter Salasya declared he will resist pressure. Salasya allegedly advised Oparanya to quit or be expelled from the Azimio secretariat for allegedly fostering strife within the organization.

Justus Kizito, a Shinyalu member of parliament who is also running for re-election with the DAP-K party, has denounced the assault on Peter Salasya.

These attacks on DAP-K amounts to Azimio fighting itself to the advantage of the opponents," Justus Kizito said

Content created and supplied by: Bossbaby (via Opera News )