By 5thEstate (self media writer) | 1 year ago

Today, Tanzanians have emerged in large numbers to elect the leaders who will rule them for the next five years.

Amid the elections, tension has emerged as Magufuli has been accused of dictatorial actions that are meant to influence the election results and also plans to rig elections. 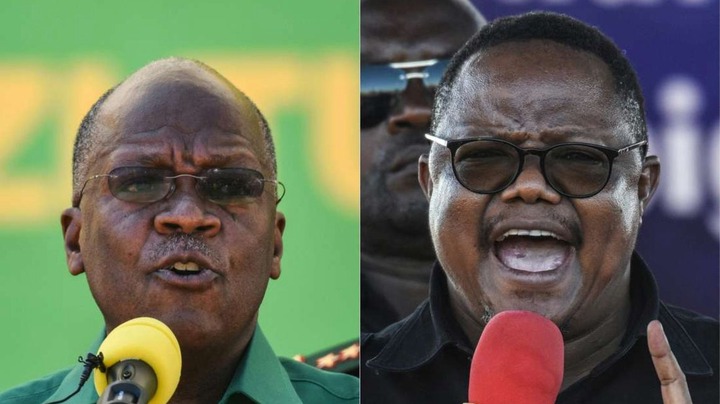 As the elections are in process, Tundu Lissu’s supporters have now landed on fake ballot papers that had been casted by Magufuli’s CCM party.

The youths assembled the fake ballot papers that had already been casted in the ballot boxes, sprinkled alcohol-based sanitizers on them and set them on fire.

The CHADEMA party supporters filmed a Video showing the ballot papers casted in favour of Magufuli burning down to ashes. 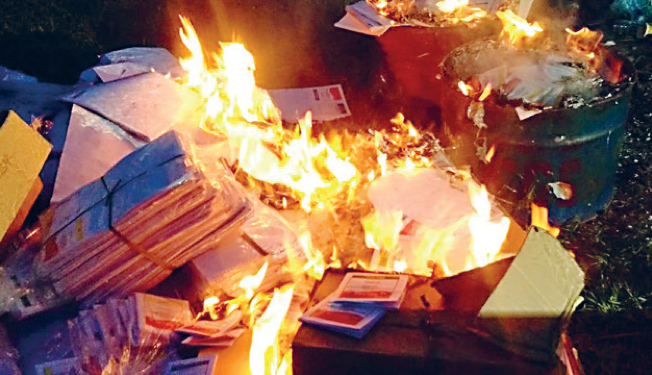 An illustration of ballot papers set on fire; Photo Courtesy

Earlier on, Opposition leader Tundu Lissu had indicated that his agents had been denied access to polling stations to monitor the casting of votes.

Lissu said that if this continues, there will be a mass democratic action staged by the opposition.

“Voting reports indicate widespread irregularities in the form of preventing our polling agents from accessing polling stations. If this continues, mass democratic action will be the only option to protect the integrity of the elections.” Wrote Tundu Lissu on his Twitter account.

Amid these election tensions, Tanzanians have also been denied full access to social media platforms and bulk SMS services for fear of incitement to violence.

Here is a Video of Magufuli's Votes burning to ashes

Other leaders who are running for the presidential elections include;