By Equalizer638 (self media writer) | 2 months ago

Light blue standard with a yellow Cockerel.Jomo's presidential standard at Independence was the Kenyan flag with the court of arms on a dark background. A plain blue flag with two yellow spears and a shield became the standard in 1970. Additionally, it included a yellow cockerel, which served as the emblem for the previous ruling party, KANU.

Green standard with a red Cockerel.When Moi took over in 1978, he maintained a similar design but on a solid green colour and made the shield bigger while the cockerel was turned from yellow to red.

Light blue standard with a dove.Uhuru chose to utilize the same shade of blue as his father, but made a few minor changes to the spears and his standard now has a white dove rather than a cockerel. His then-majority The National Alliance Party used the dove as its primary emblem (TNA). 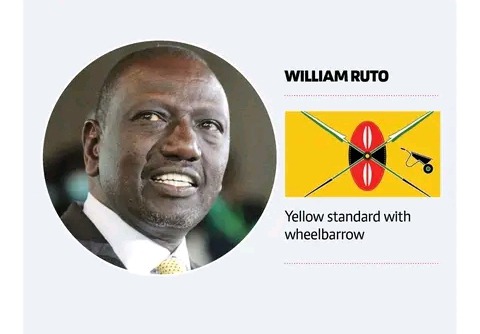 Content created and supplied by: Equalizer638 (via Opera News )

Check Out Animals That Can See In Darkness

Price Of A 10,000L Plastic And Stainless Steel Water Tanks In Kenyan Shillings

Some Pictures Of Amazing Animals With Astonishing Colors