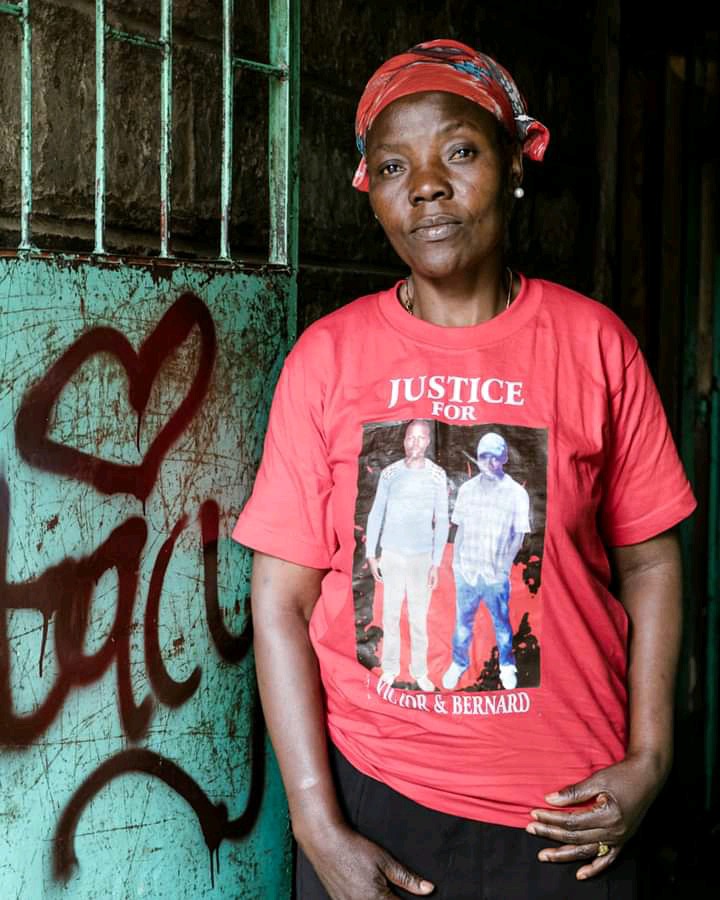 During general and by elections here in Kenya many birazze incidents are usually being witnessed and reported across different counties. These includes, violence, chaots and wrangles among the youths especially when the winning team and party is announced.

When those violence are being witnessed many families get displaced while other people get injured and others being reported dead after succumbing to injuries.

A photo of Mathare slums Woman by the name Mama Victor and Bernard has been Exposed Online by Tuko hence Sparking more reactions among Kenyans on social media. According to that source report that Woman lost her two sons during elections violence that was reported here in Kenya in 2017.

Her two son's Victor and Bernard were caught up in police crackdown during elections protests in Mathare hence being left alone. Since then she has been rallying other women whose families are also victims of that violence inorder to seek justice and to be compensated by the government.

Kenyans on social media have sparked mixed reactions concerning that news report whereby some section of them have condemned the police brutality act of killing innocent Kenyans Citizens day by day and wants the government to take responsible measures upon them. 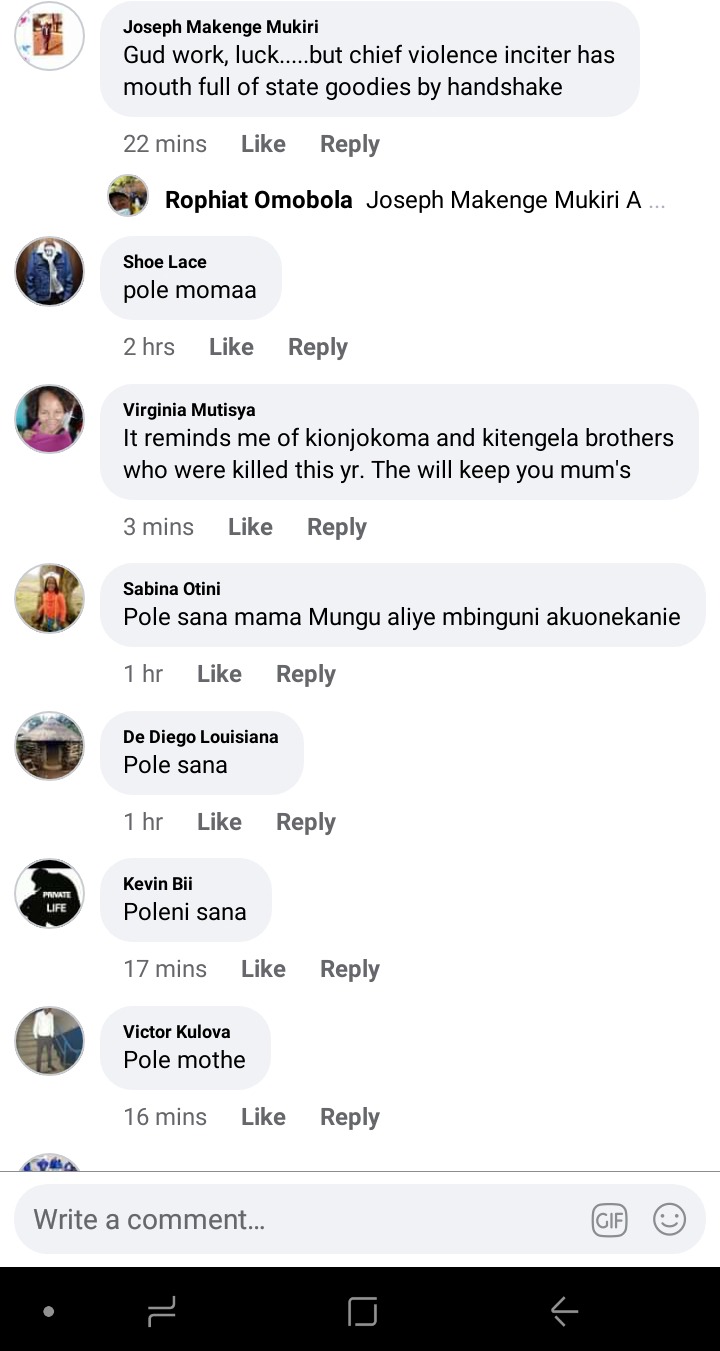 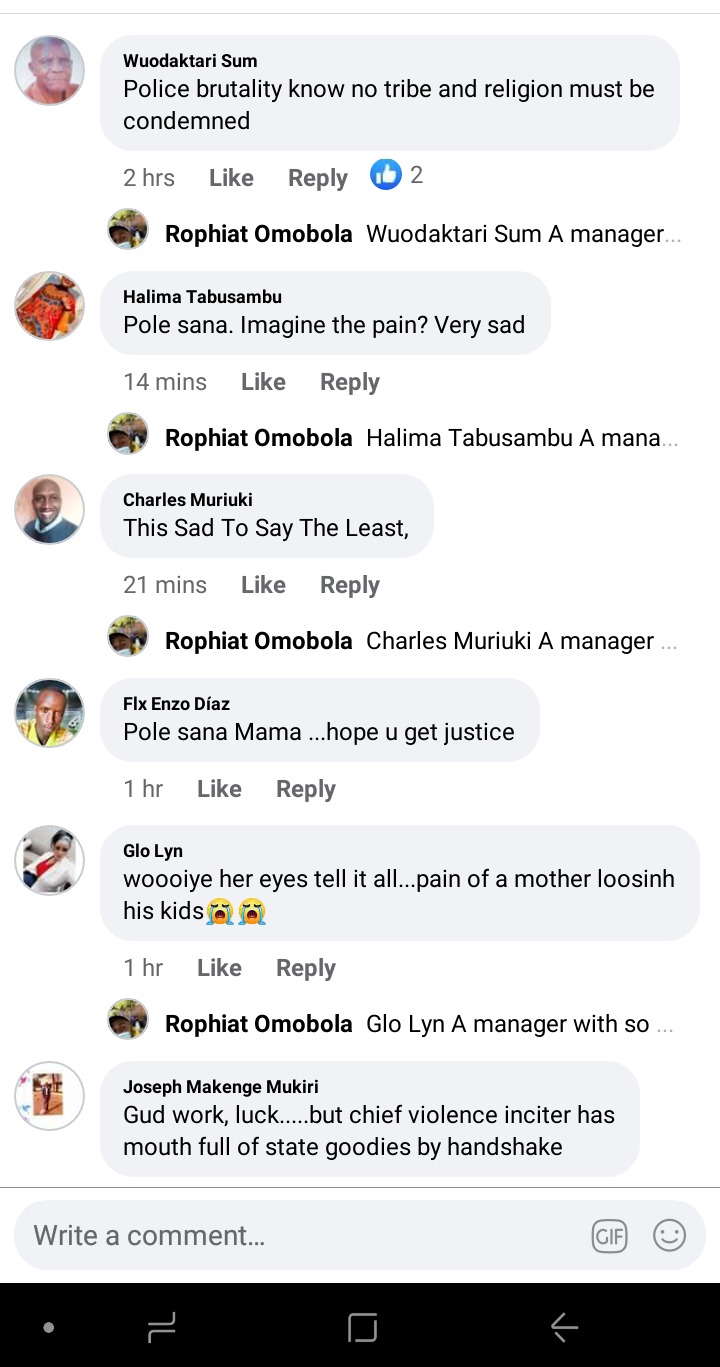 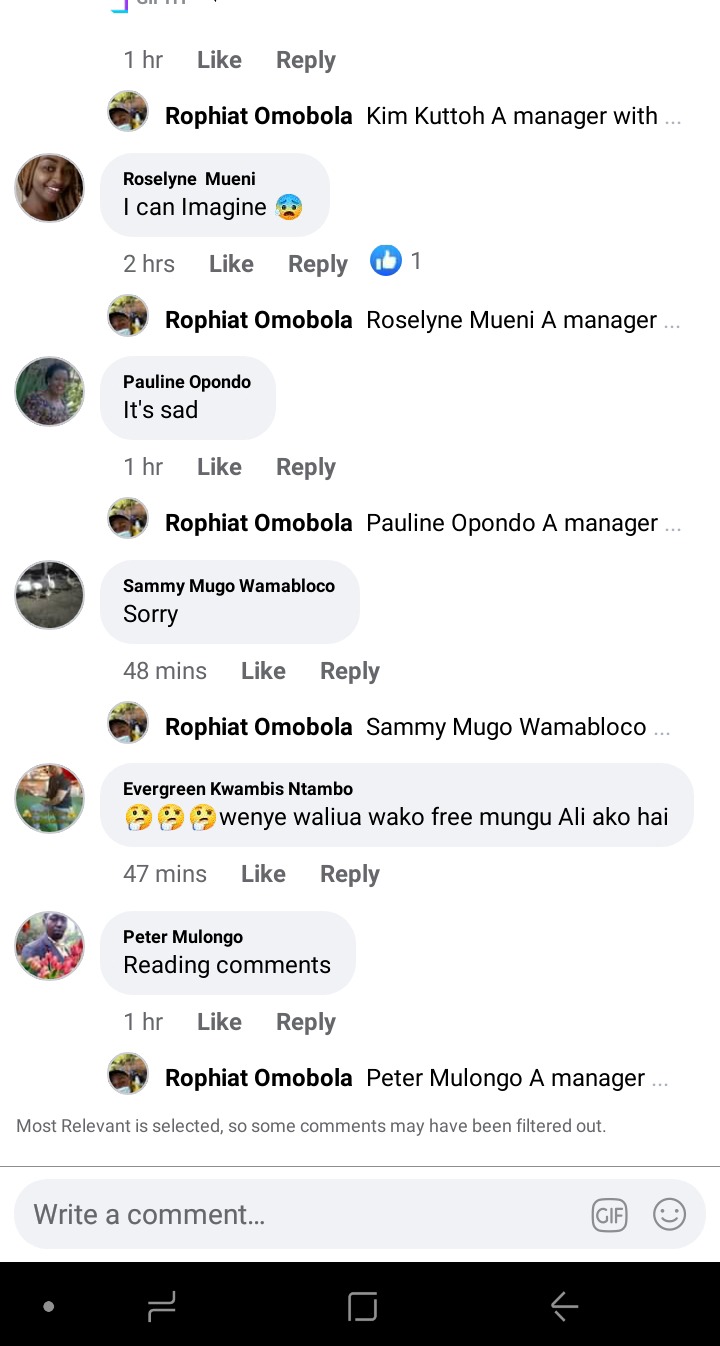 We are also hoping that soon she will get justice for her two children and also praying for them to continue resting in peace.