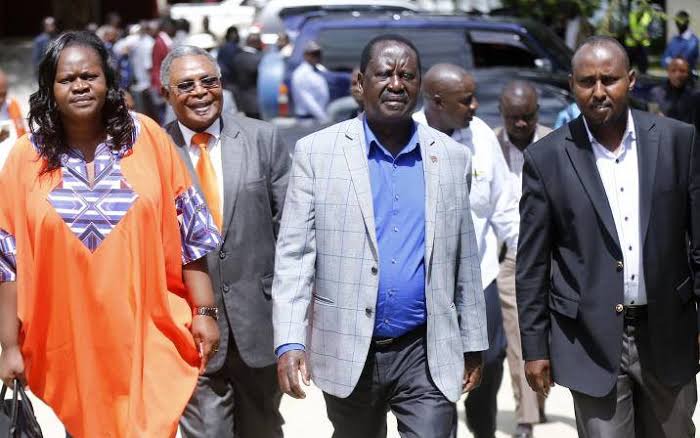 New information has emerged about the ODM party's new strategy to gain recognition and possibly support in the Mt Kenya region in 2022.

Former Prime Minister Raila Odinga leads the party, which has long been regarded as unpopular and difficult to sell in the lucrative vote-rich area.

However, it has now been revealed that the party has devised a new method of enticing area residents to support it, by sponsoring specific people to run for political office.

So far, parliamentarian and senatorial aspirants have expressed interest in running on the ODM ticket, with Murang'a having the most ODM candidates.

Among them is veteran journalist Kihu Irimu, who is being used to deliver Rigathi Gachagua's Mathira parliamentary seat.

Gachagua is a close ally of Raila's main presidential opponent, Deputy President William Ruto, and has been accompanying him on campaign trips.

"With the opportunities presented by the ODM leader and the president, we have begun community engagements in order to woo the electorate. I propose that Jubilee aspirants run for elective positions in Nyanza," Irimu said in an interview with the Standard.

Alice Wahome of Kandara is also in danger of losing her seat to an ODM candidate, with Paul Kariuki, another Raila ally from the region, eyeing the seat.

"We are also telling our people that, unlike other volatile parties whose main goal is to propel candidates to positions of power, ODM has withstood the test of time," Kariuki said.

Murang'a also has two ODM Senatorial candidates, Nyeri has the second most ODM candidates, and Laikipia is third.

Ward representative seats on the ODM ticket are also being sought by Nduati Wanyoike (Muthithi) and Grace Wanjiru (Gatanga).

All of the leaders have begun engaging residents ahead of their candidacies and believe Raila will receive a sizable portion of the Mt Kenya vote.