By News_point (self media writer) | 4 months ago

Deputy President William Ruto has rubbished a plan by a section of West Pokot leaders, led by Governor John Lonyangapuo, to form their own party to field candidates from the region

Prof Lonyangapuo is said to be making plans for the new outfit, backed by Pokot South MP David Pkosing.

The clash was started during a meeting attended by the DP at Moi Masol Academy, with his allies saying the Pokot should, instead, join the DP-linked United Democratic Alliance (UDA).

Here, attempts by nominated MCA Grace , a strong ally of Governor Lonyangapuo, to suggest a new party led by the county chief, were met with jeers and heckling.

"The party will be an affiliate to UDA. The governor will be the chairman for the party and will support the Deputy President. We are also planning out county politics," the nominated MCA said.

Governor Lonyangapuo and Mr Pkosing skipped the DP’s events.Dr Ruto waded into the debate, dismissing the push for what he said were tribal parties.

"Some leaders in West Pokot have lost direction and now want to form parties for their tribe. I welcome them to UDA. Let's walk together ahead of the 2022 election. They should stop being rude and listen to their votes,” he said on Saturday.

He added that even the common mwananchi knows his party and wondered why some leaders in the county were pushing for a new one.

The DP said he will approach Prof Lonyangapuo and convince him to join the UDA ahead of 2022 campaigns and shut down his plans of forming a party.

He said other regions are forming coalitions yet Pokot leaders are thinking of coming up with parties. 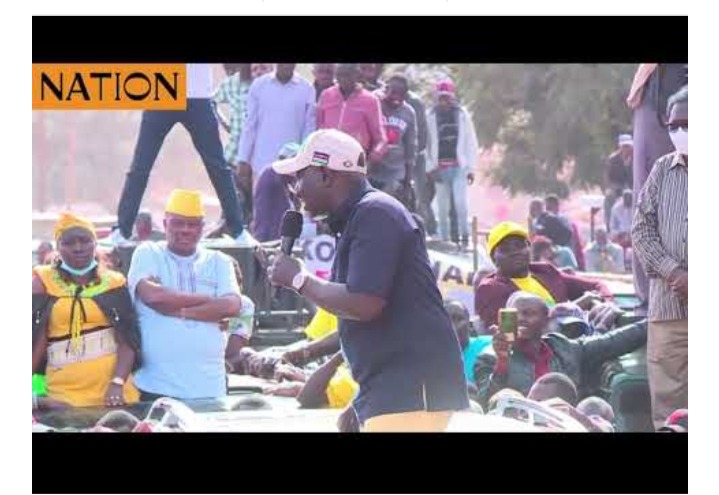 Content created and supplied by: News_point (via Opera News )

What Ruto Did to Raila, Orengo after He Was Welcomed at Wang'uru Stadium for The Mashujaa Day Celebrations