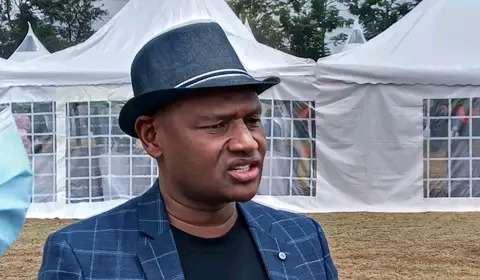 Patrick Wainaina Kimani alias Wa Jungle rose to national fame in 2017 when he pulled a shocker to win the Thika Town MP seat as an independent candidate.

At the time, Thika which is in Kiambu County was solidly behind the then President Uhuru Kenyatta and his Jubilee Party ticket. And just like that, the then incumbent MP Alice Ng'ang'a found the going tough after a shock defeat at the hands of Wa Jungle.

Riding on this newfound fame, the vocal legislator joined race for Kiambu Governor seat during the 2022 general election. All along ,he allied himself with the then Deputy President William Ruto.

But during the United Democratic Alliance party nominations, Wainaina lost to the then Kiambu Senator Kimani Wamatangi in the race for UDA party ticket.

Feeling cheated, she decided to quit UDA and opted to contest as an independent candidate. Once again, he lost to Wamatangi during the August 9 general election.

His decision to make last minute gamble to ditch Ruto failed to pay off as he now finds himself languishing in the cold. The magic which propelled him to fame in 2017 failed spectacularly in 2022.

Now as he finds himself in the political cold, what does future hold for him?