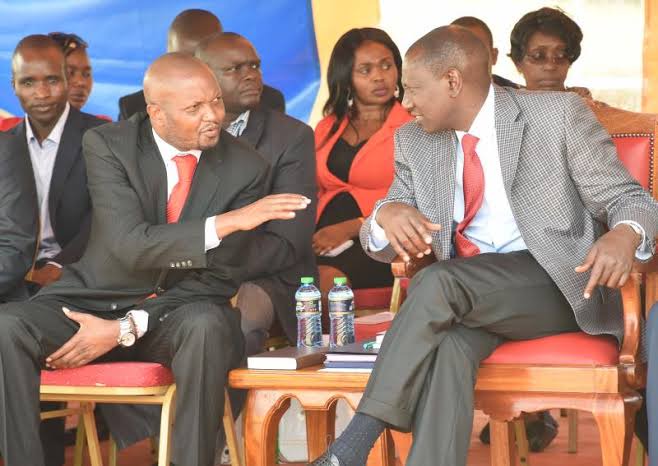 Allies of Deputy President William Ruto have now found out the silent and clever reason why Gatundu South MP Moses Kuria is working with the DP.

He is among the leaders who are working with Ruto and supporting his presidential bid despite having their own parties and not being members his party.

Sources from inside have revealed that Ruto's men have now found out that Kuria and others aren't with him out of love but for personal gains.

An insider told The Standard that the thinking is that Kuria, being a Kiambu governor aspirant, is only out to gain from the popularity Ruto enjoys in the region. 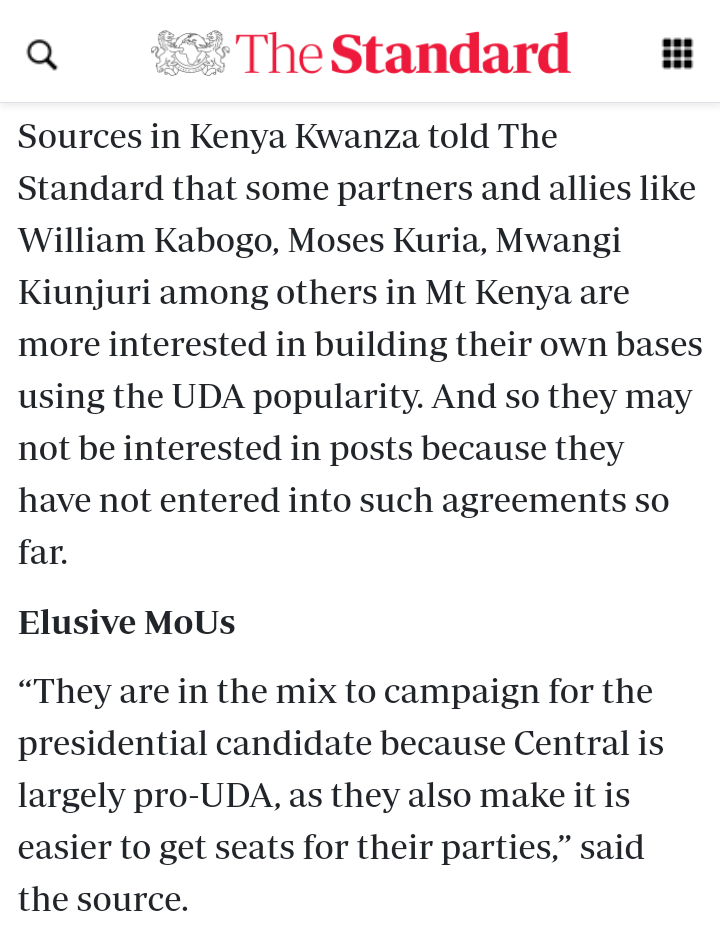 “They are in the mix to campaign for the presidential candidate because Central is largely pro-UDA, as they also make it is easier to get seats for their parties," the source told the paper.

He said that these leaders haven't signed any deal with Kenya Kwanza, meaning that they are only after political mileage for themselves and their parties.

The source stated that as a result, they shouldn't be expected to make the calculations hard for DP over sharing of the government if he wins, as they haven't shown any interest in being given positions.

Kuria leads the Chama Cha Kazi (CCK) party while Kabogo, who was Kiambu governor between 2013 and 2017, leads the Wakenya Tujibebe party.

Kuria and Kiunjuri were at some point in the last considered among the people Ruto might pick as his running mate for the August elections.