Ruto In Trouble As Ex-KDF Senior Official Advises Uhuru, Mt Kenya Leaders On How To Deal With Him

By MartinMurigi (self media writer) | 21 days ago 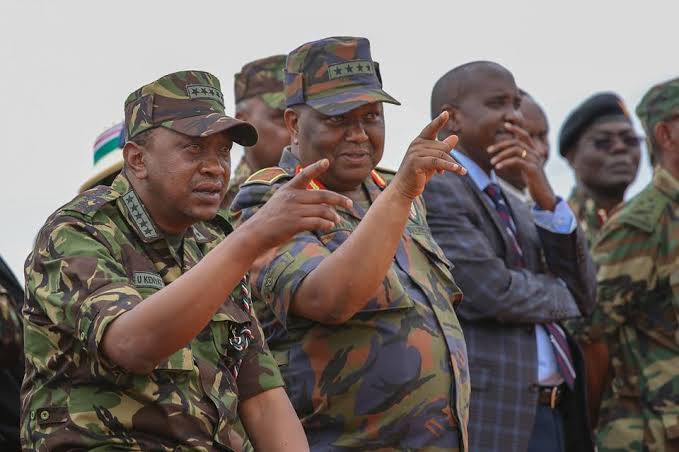 A retired Major General in the military Maurice Walugu has termed the Hustler slogan as dangerous and accused Ruto of using it to incite the poor particularly the youths against the rich. 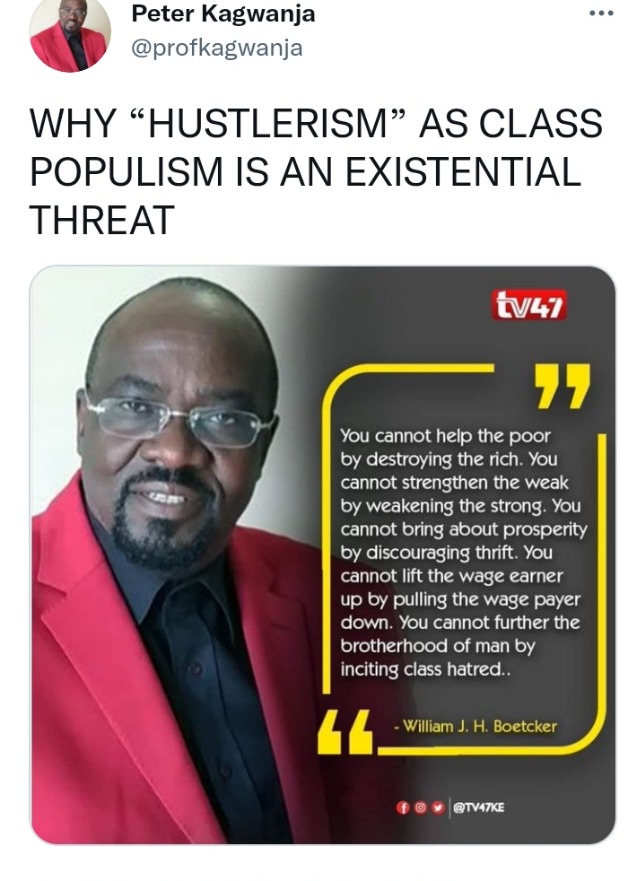 Reacting to a tweet in which accomplished scholar Prof Peter Kagwanja described hustlerism as an 'existental threat' when promoted as class populism, Walugu alleged the DP was using it to set Mt Kenya youths against the wealthy in the region.

The former Assistant Chief of General Staff in charge of operations at the Department of Defence (DoD) headquarters asked Mt Kenya leaders led by President Uhuru Kenyatta to summon Ruto and other Tangatanga diehards to explain why they were instigating class war in the country. 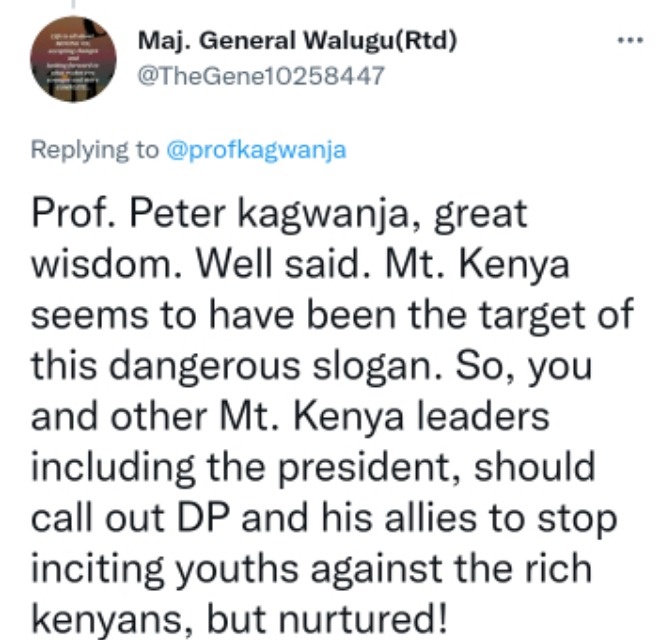 "Prof. Peter kagwanja, great wisdom. Well said. Mt. Kenya seems to have been the target of this dangerous slogan. So, you and other Mt. Kenya leaders including the president, should call out DP and his allies to stop inciting youths against the rich kenyans, but nurtured!" Walugu tweeted.

He further claimed Ruto has succeeded in dividing the GEMA community since for the past 2 years he has been moving around Mt Kenya 'insulting' Uhuru and taking credit of Jubilee successes while accompanied by some local leaders. 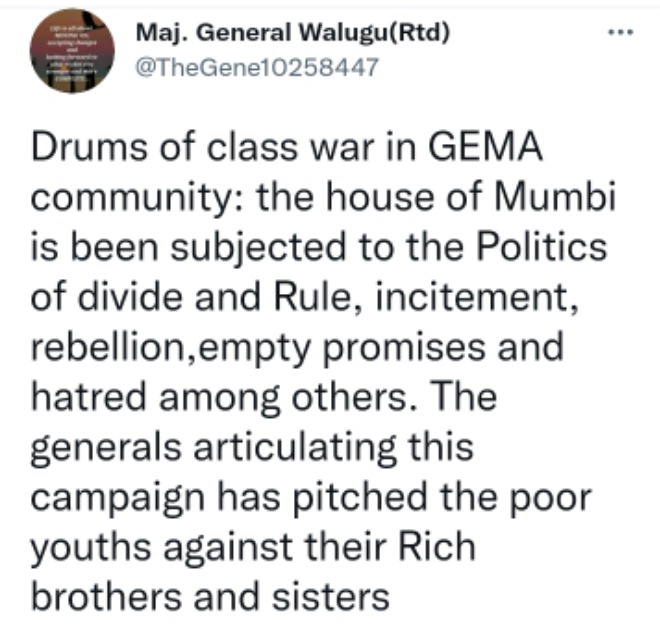