A dramatic scene was today witnessed in Wajir after several members of the country Assembly caused a commotion after a Misunderstanding. 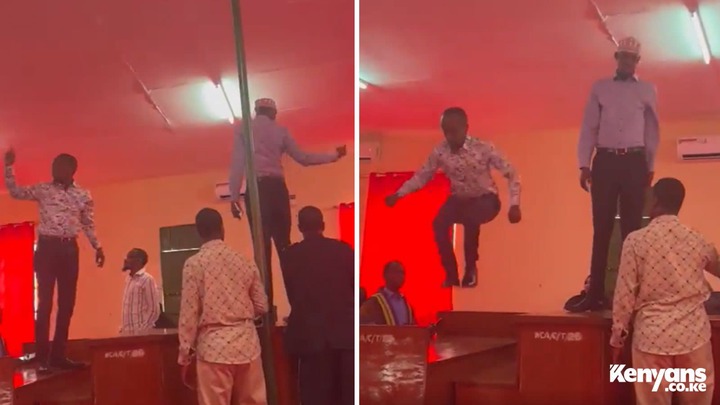 In a news report that has been shared by a reliable source of information, it has been revealed that the renowned politicians were in a meeting that got out of hand after one of them allegedly made wrong remarks during the proceedings.

This was followed by a dramatic scene after a number of politicians who were against his remarks allegedly caused a commotion by jumping on top of several tables and chairs.

According to the reports given by a reliable source of information, it has been revealed that no one was hurt in the process.

While reacting to this incident, kenyans who took to their different social media accounts to express their opinions on the matter have called upon the renowned politicians to stop the drama and start working for all kenyans.

According to the reports given by most Kenyans, they claimed that it is so unfortunate that this is happening despite the fact that the renowned politicians have just been elected. 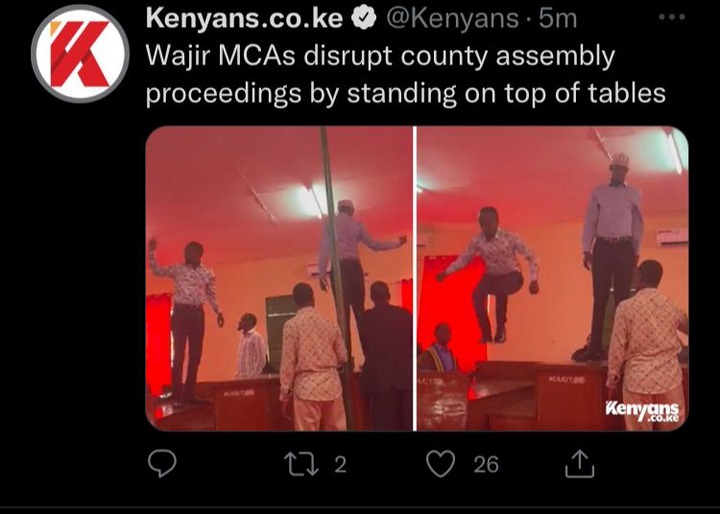 "Raila Is Lethal, You Can't Handle Alone" Mutahi To Ruto