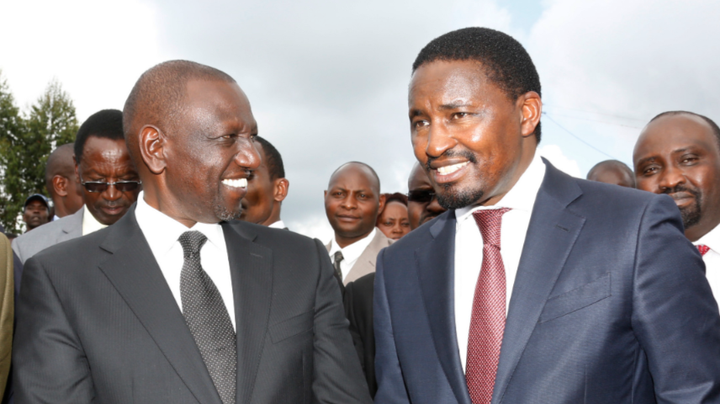 The former Agriculture Cabinet Secretary Mwangi Kiunjuri has said that he has not yet ruled out supporting Deputy President William Ruto's 2022 bid despite their recent stand off.

The Service Party leader while speaking on phone with the Star however claimed that he cannot force himself or his party to a camp that he was not wanted, adding that the party will make an informed decision three months from now.

"TSP will in the next three months make a decision on which party will enter into a pre or post-election coalition. We will team up with like-minded leaders and parties that share a common vision for not only the people of Mt Kenya but the entire country."

The differences between Kiunjuri and Ruto's camp stated when the second in command claimed that he was not going to deal with small tribal parties, and that anyone who wanted to work with him should fold their parties and join UDA.

Kiunjuri who joined hands with Chama Cha Kazi party leader who serves as Gatundu South MP Moses Kuria stood their ground that they were not ready to dissolve their parties.