Reasons Why President Ruto Might Rule For Only One Term 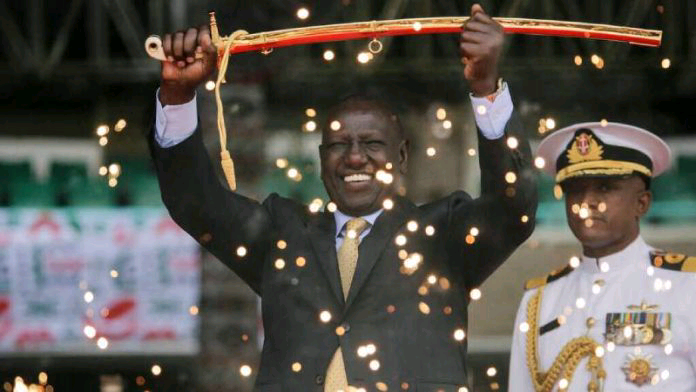 According to my research and opinions, By becoming the first head of state of Kenya to serve a single term in office, President William Samoei Ruto may actually break the previous record.

Prior to the general elections on August 9th, William Ruto asked Kenyans to vote for him in the hopes that he would suddenly lower the exorbitant cost of living that the handshake government had imposed.

In actuality, the vice president (at the time) dismissed global causes including the conflict in the Russian Ukraine, the avian influenza outbreak, and the overall rise in oil market prices. By using the same logic, Ruto led Kenyans to believe that Uhuru and Raila, rather than any other external global causes, were to responsible for their woes.

As a result, millions of hustlers were ecstatic. On various occasions, even the majority of Azimio followers comforted themselves by saying, "uzuri ata baba akishindwa Hustler atafanya live ikuwe rahisi sana kama Kibaki" (that even if Raila loses election Ruto will still be a better option since he will make life very easy to match the Kibaki era).

However, since President Ruto and his deputy Rigathi Gachagua were voted to office, nothing has changed in favor of internet users.

In actuality, life is now more challenging than it was under Presidents Uhuru, Kibaki, Moi, and Jomo Kenyatta's preceding administrations.

Sonkonews conducted a spot check around the nation and found that prices of essential items like salt, sugar, unga, bathing soap, and petrol were on the rise.

If President Ruto fails to revive the economy and lower the cost of living as he promised in his numerous political rallies, he may become the first president in Kenyan history to hold office for only one term.

Furthermore, Kenyans are notoriously unforgiving, and they might turn on Ruto in 2027 for making too many promises and perhaps only keeping 20% of them. To put it another way, if the president wants to improve Kenya, he has no choice but to make living more cheap for Kenyans for him to be considered in any future election.