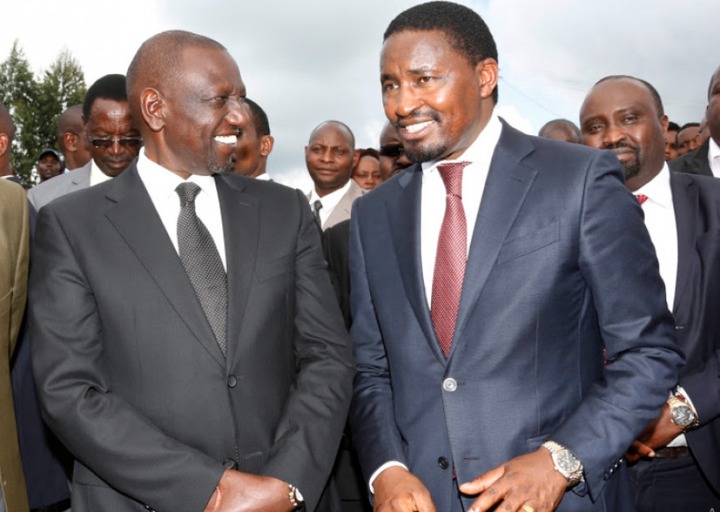 Trouble has continued being reported in the Kenya Kwanza alliance, amid reports of attempts by one member parties to dominate alliance operations.

Some member parties have been complaining of mistreatment, accusing the UDA party of denying them chances to campaign for their aspirants.

They have taken issue with Kenya Kwanza top leader William Ruto's decision to only campaign for UDA candidates in joint Kenya Kwanza rallies, while at the same time calling for six piece voting.

This has angered TSP party leader Mwangi Kiunjuri, who now says that his party will henceforth work on its own with regards to its aspirants' campaigns.

He said that this, however, doesn't mean that they have dropped their support for Ruto's presidency and will campaign for him in their independent activities. 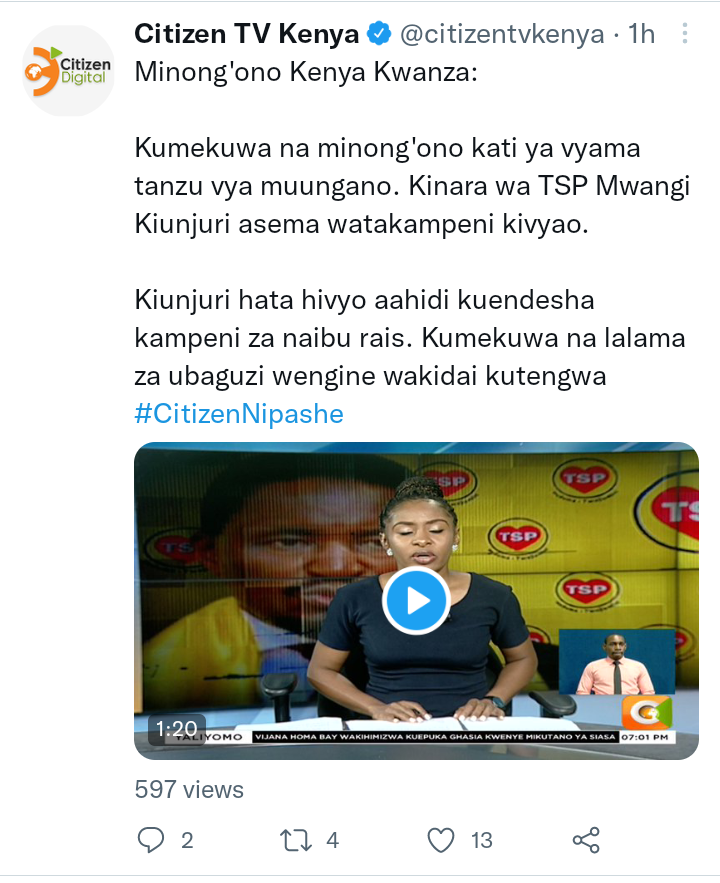 "The emerging conflicts, sibling rivalry, protection of territory and attention seeking are of concern because these could easily result in unwanted consequences for our presidential candidate if not properly managed," the former Agriculture CS said in a presser as is reported by Citizen TV.

He lashed out at the Ruto wing of refusing to acknowledge the presence of other parties despite having agreed to enter into a pact with them.

"Common sense dictates that when you are in a coalition you must work as a team. You cannot pretend to be in a coalition during daytime then it changes at night," he added.

It's worth noting that Nyakera is eyeing the Murang'a gubernatorial seat on his party ticket. UDA's candidate in the race is Senator Irungu Kang'ata.

'You Chased Ruto From The Gov't' Gachagua Tells Uhuru, Alleges What Raila's Wife Is Planning To Do