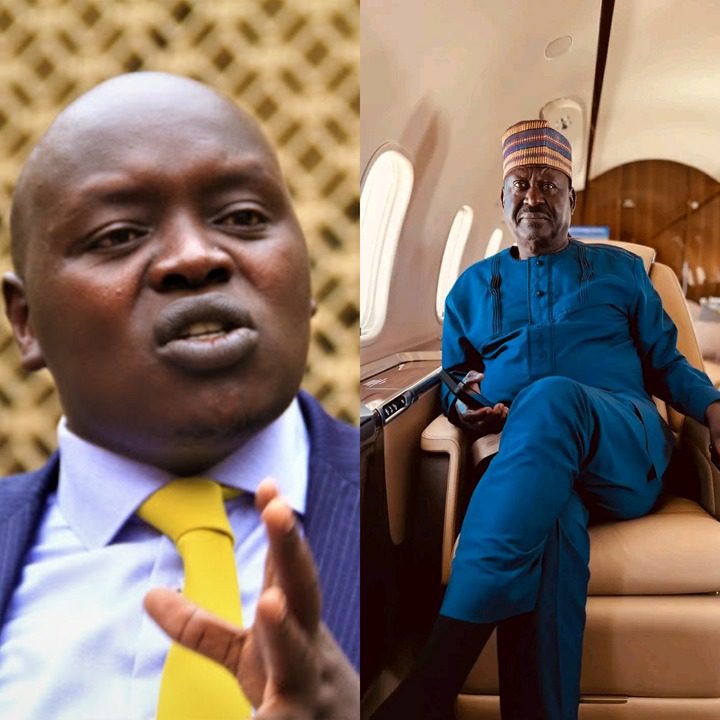 Kenyans have been told why Raila's political influence is fading day by day despite pushing for reforms in Ruto's administration.

Nandi Senator Cherargei has made an interesting observation after Raila's Kamukunji rally.

According to Cherargei, the outcome of the Kamukunji rally has not been different from Raila's past rallies since he has been pushing for the same threats for the government to act.

In a photo that Cherargei has shared on Twitter, the Senator now says the Kamukunji event did not even attract a huge crowd as expected hence a sign that Raila Odinga could be losing his grip. 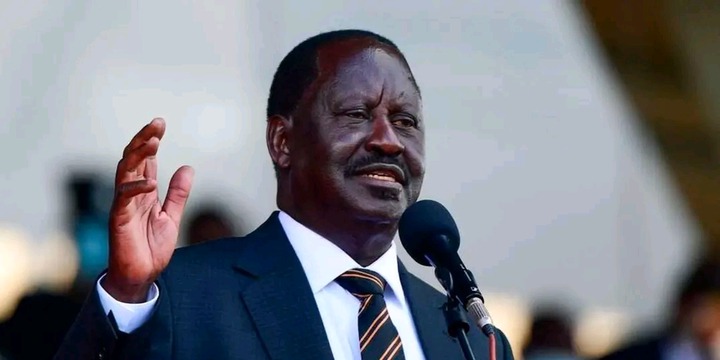 In the same way, Cherargei has pointed out two key politicians who were absent during Raila's Kamukunji event.

Cherargei highlights that the absence of Orengo and Otiende is a sign that Raila's political influence is fading.

"Kamukunji Azimio-OKA Political rally was hot air with usual plain threats. There was no people even fincanciers Mt. kenya foundation was no show including Uhuru .if Orengo & otiende were absent then you can be sure that Tinga is fading like a flower in summer," Cherargei wrote on twitter. 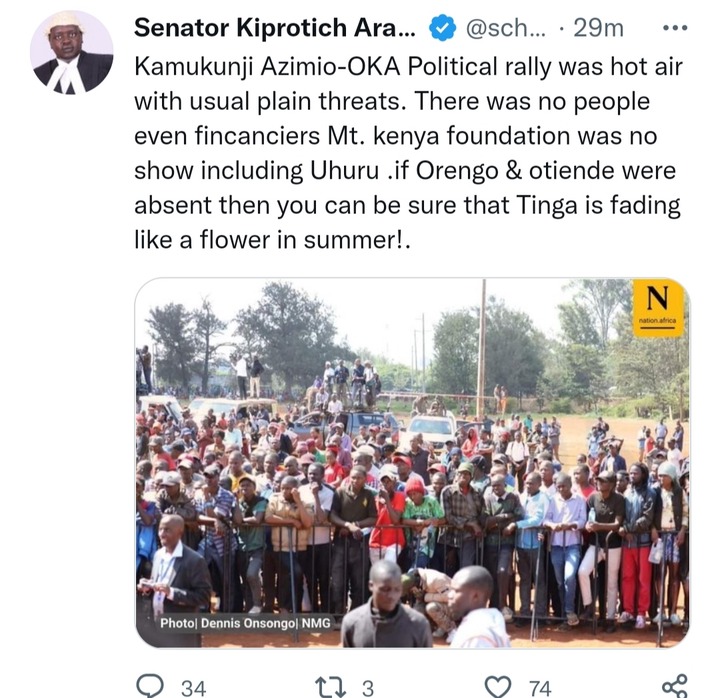 Cherargei's remarks comes a time after Millicent Omanga hinted that Kenyans are tired with Raila's theatrics and threats as many people just turned up to see Raila. 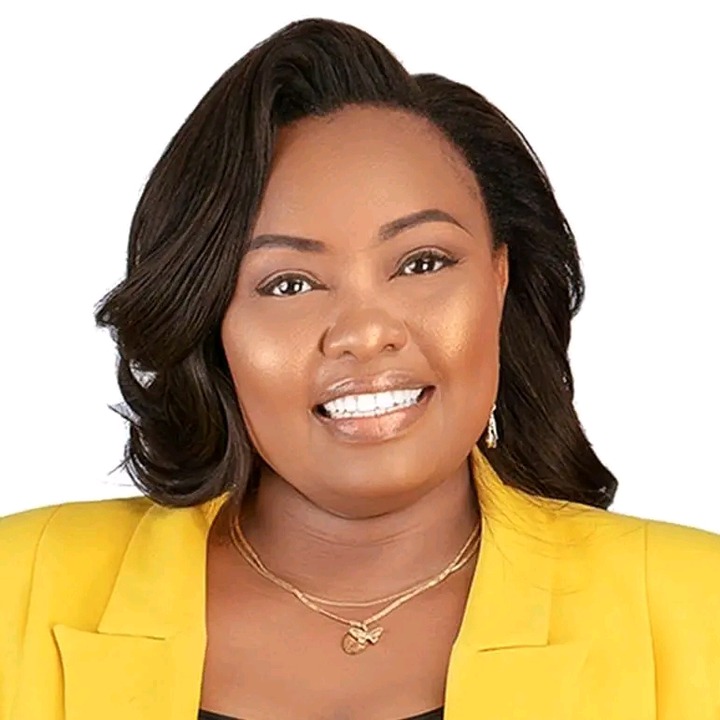 "Nothing new same old theatrics na vitisho tu. Kenyans are tired though apart from a small hired crowd and curious onlookers who want to see ‘Baba the 5th’ ," Omanga wrote on Facebook.