Chebukati Detects What's Allegedly Being Planned For Him Before 2022, Tells it to Kenyans 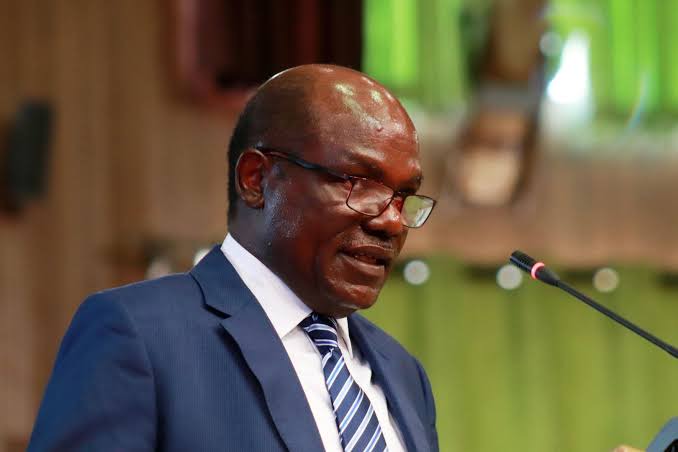 IEBC Chair Wafula Chebukati now says that there is a plan to kick him out of office, hence the revival of the servers issue of the 2017 presidential poll.

The information was to be handed to experts appointed by the court, who were to use the data to compile a report on the authenticity of Uhuru's win, following a petition by fellow aspirant Raila Odinga.

It is for this reason that activist Khelef Khalifa has moved to court seeking compliance with the order, and wants the court to find Chebukati guilty of disobeying a court order and jail him for six months.

“In direct violation of the orders of the honourable court, Wafula Chebukati, the returning officer of the presidential elections has refused and willfully disobeyed the orders of the honourable court and denied the parties and Kenyan people access to the technology, and particularly the servers used in the presidential elections whose results were subject to petition number one of 2017 before the Supreme Court,” he says in court papers seen by The Standard. 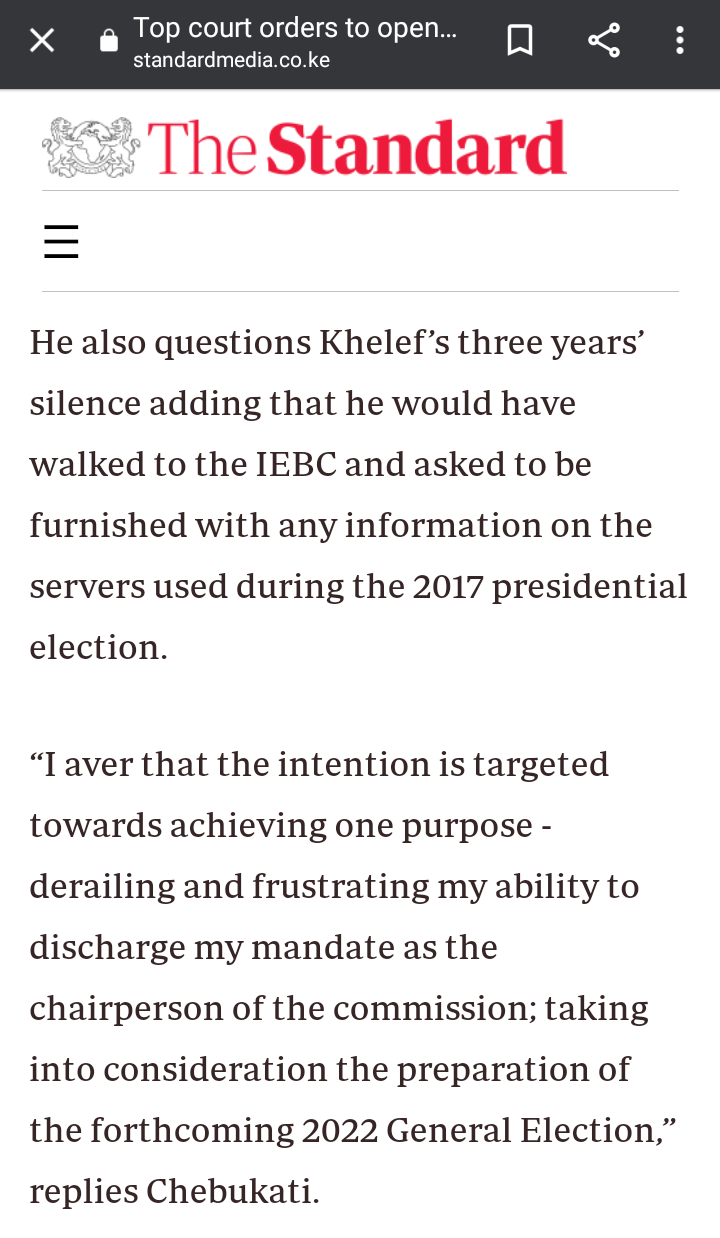 But Chebukati says that this is just a plan to have him bundled out of office, which he says is why the case he been filed just now, months to the 2022 polls, yet the activist has been silent for three years.

He holds that the plan is to make him look bad before the polls and as a result sabotage his mandate and ensure that he is not able to conduct 2022 elections.

"I aver that the intention is targeted towards achieving one purpose - derailing and frustrating my ability to discharge my mandate as the chairperson of the commission; taking into consideration the preparation of the forthcoming 2022 General Election," he says in his response.

He as a result wants the court to throw out the case, holding that the server opening order was invalidated the moment the court ordered for a rerun.

He also says that the only body that can now throw him out of office in the National Assembly. But Khalifa says that he is only seeking compliance and is not interested in his ejection from office.

He has listed Raila and his then running mate Kalonzo Musyoka as interested parties. The two have appointed Oraro and Company Advocates and Lumallas, Achieng' and Kavere advocates as their lawyers in the case.

OKA In Trouble As Mudavadi Set to Release Secret Details

Uhuru's Stronghold Allegedly Turns Yellow Ahead of the 2022 general elections