Four Commissioners from the Independent, Electoral and Boundaries Commission who distanced themselves from the Presidential results which were announced by Wafula Chebukati today issued another Press statement from Serena Hotel. Led by the Electoral Vice Chairlady Juliana Cherera, she claimed that the summation of the percentage that each Presidential candidate got had a mathematical error. She claimed that Wafula Chebukati declined their request to verify the records and went on to have them as official results. The Commissioners further alleged that the total per cent exceeded the 100% mark adding that the 0.01% translates to 142,000 votes.

IEBC Vice Chair lady, Juliana Cherera has been on the headlines due to get lead role in refuting the Presidential results recently announced by IEBC Chairman, Wafula Chebukati. Several past photos of the IEBC Vice Chair lady with Mombasa Gov. Ali Hassan Joho have gone viral as Ruto's supporters claim that she's been used by Azimio members to sabotage the elections. 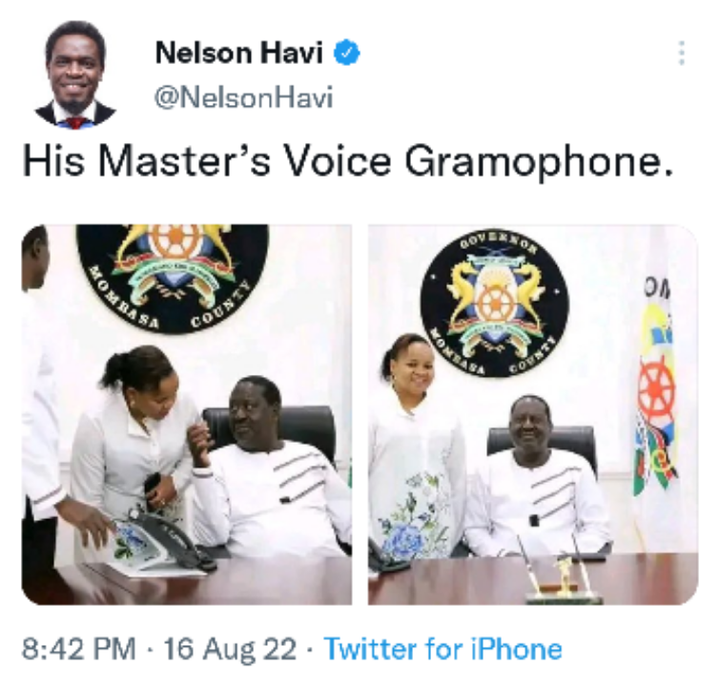 Former LSK President, Nelson Havi has shared a past photo of Juliana Cherera alongside Azimio La Umoja Flag bearer, Raila Odinga while at Mombasa Gov. Ali Hassan Joho's office. Juliana Cherera joined Hassan joho's cabinet in 2015 as Chief Education Officer. She was a key ally of Joho before been appointed as a Commissioner by President Uhuru in IEBC.