By RTCPress (self meida writer) | 14 days

Nyeri Town Constituency member of parliament Hon Ngunjiri Wambugu who adds up as the Kieleweke leader has been known for his strong opposition to Deputy President William Ruto. 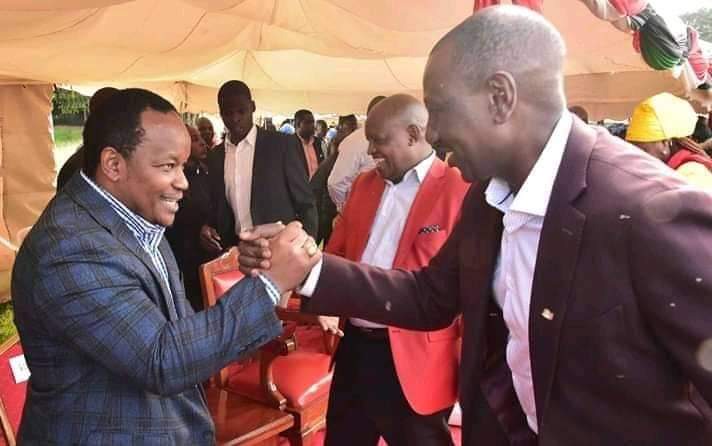 The controversial legislator has always criticized the DP's Presidential bid and Hustler Narrative and mobilizing Kenyans not to subscribe to it.

Hon Wambugu has caused an uproar on the internet after his recent post on the famous social media platform, Facebook.

He has shared a controversal letter of apology allegedly from the office of the Deputy President William Ruto to President Uhuru Kenyatta below with the caption, "Maan! Ok. I am sure this is fake.But imagine for a minute that it was real.Kenya would ... relax ... move forward ...#WakesUpFromDream."

In the alleged letter shared by Hon Wambugu, the DP addresses the differences between him and President Uhuru, stating that as the DP he has let down his Boss at times before going into making an apology for his mistakes.

The DP further states that as the Prodigal son, he is ready to reunite with President Uhuru and hopes to be welcomed back.

Full details of the letter below; 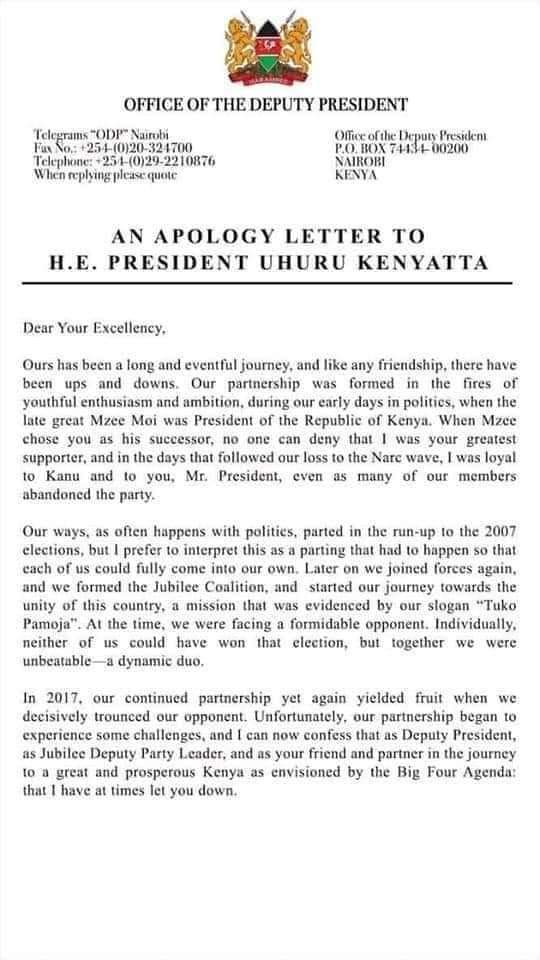 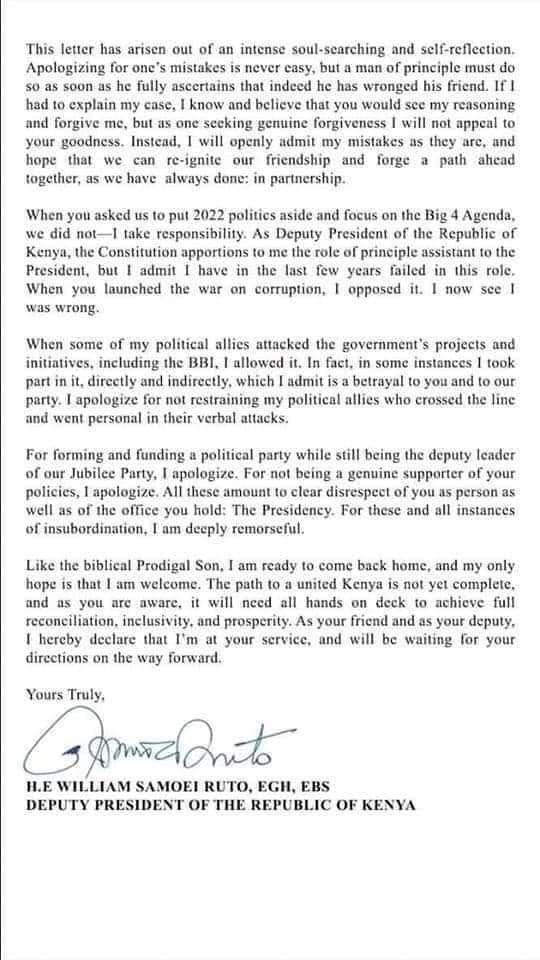 The post has sparked an uproar from the members of the public who stormed his timeline to react react to the his allegations, roasting him badly for the post.

Below were some of the reactions of the netizens;

Use These Natural Remedies To Get Rid Of Cockroaches

A Business That Will Give You Good Money

What Made Michael Jackson Bleach Himself?

Don't Throw Away small Vegetable Oil Tins, Instead Do this with Them

Termites Are Natural Feeds That Increase Chicken Production. This Is How You Can Catch Termites

Technology I Can’t Live Without