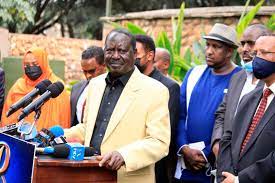 On Tuesday, May 24, Raila said that his government will exclude PWDs from paying tax on job income.

Currently, the law exempts PWDs from paying taxes on the first Ksh150,000 of their gross income. Any income exceeding this threshold is subject to regular taxes.

Raila was speaking after meeting with representatives of people with disabilities, during which he pledged to ensure the achievement of free primary and secondary education. 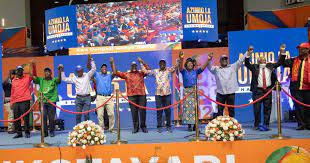 He also indicated that his administration will work to improve the percentage of people with disabilities employed in the public sector from 5% to 10%.

"President Raila Odinga would reform the PWD Act to allow all PWDs to benefit from the constitution's economic rights." "I would improve the Disability Fund to provide effective social protection to all PWDs," he stated.

According to data on the status of PWDs, Kenya had an estimated four million people with various forms of mental and physical disabilities in 2010, however, only a portion of them was employed.

Meanwhile, Raila will begin a five-day tour of Western Kenya on Wednesday, May 25, in the hopes of courting the region's vote-rich voters to back his presidency ahead of the August 9 general election. 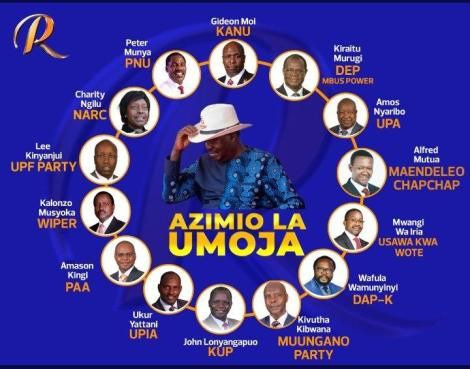 Raila will begin his tour in Vihiga County before moving on to Trans-Nzoia on Thursday. In order to bolster the Azimio La Umoja, he is likely to conduct talks with political leaders from Western Kenya.

On Monday, May 23, Raila and his running mate, Martha Karua, unveiled the campaign team that will be tasked with popularising their candidature. 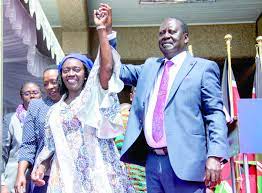 Chebukati Announces What'll Happen Now That Raila is Unhappy With Him

Home Remedies For Treatment Of Measles

IEBC Commissioner Breaks Silence On academic Performance Of These Politicians