"They're Trying to Rig Elections, We Need Help", Popular Jubilee Politician Says After This Incident

Muranga senator, Honorable Irungu Kangata has taken to his different social media accounts to express his concerns and disappointments after noticing what is happening in Juja after a by election which was held today. 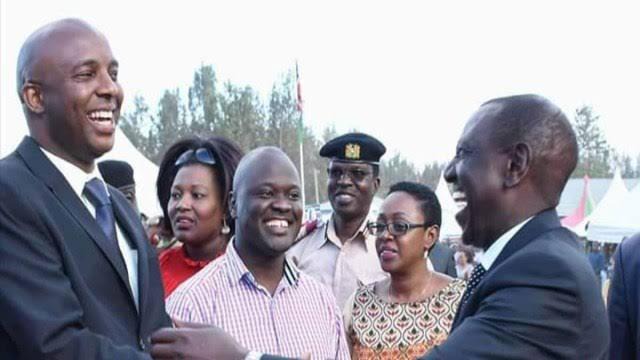 According to the reports given by Honorable Kangata, he revealed that it was like a group of police officers had been sent to rig elections in the ongoing vote counting process being held by the IEBC officials.

This was followed by another dramatic post which he uploaded on his different social media accounts to reveal what is happening in Juja and what the police officers stationed in this region were doing.

In his own caption, he said that a couple of police officers were now firing several bullets in the air in order to reduce the number of people who had gone to the voting areas to monitor the counting of this votes.

His remarks has however sparked alot of reactions from Kenyans who seemed to have different opinions and suggestions on the matter and on what should be done to the officers.

With a section of Kenyans claiming that maybe this was because the unruly crowd was causing a commotion, others went ahead and called upon the director of criminal investigation to look into this before things get out of hand. 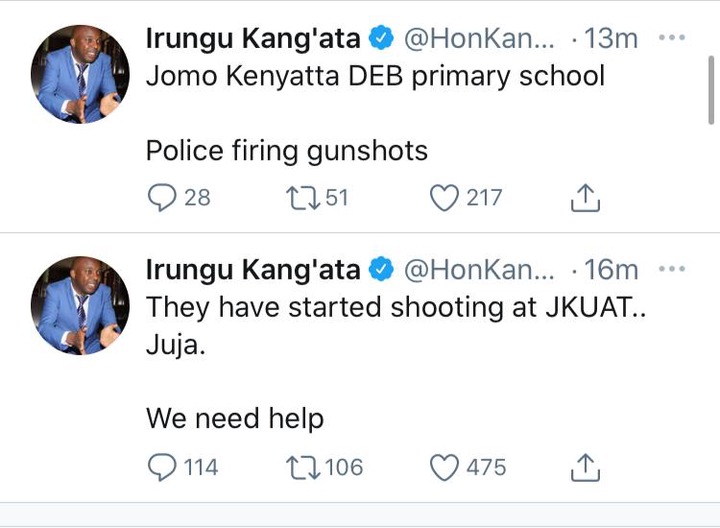