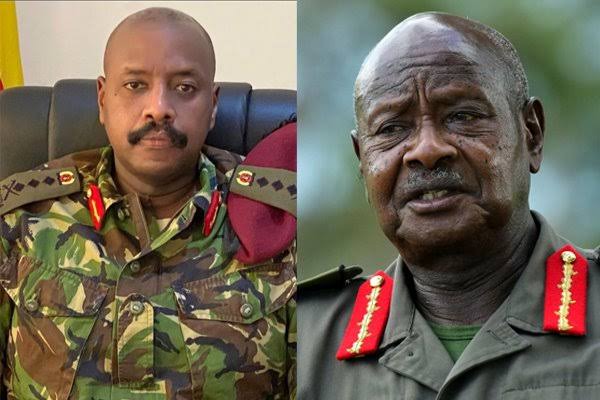 Uganda's President Yoweri Museveni's son Muhoozi Kainerugaba might have been serious on his threats to Kenya, the Kenyan government has been warned.

Muhoozi earlier in the week joked of invading and capturing Kenya, remarks he has since gone back on, saying that he didn't mean what he said.

The Ugandan government and Museveni have also distanced themselves from the remarks which were made in a series of tweets, denying harbouring any plans of attacking or attempting to take Kenya.

But political analyst and Senior Economics Lecturer and the University of Nairobi Samuel Nyandemo says that Muhoozi might have been serious.

He warns that Kenyan government must not take what he said lightly, and needs to take a stand immediately and send an official message to Uganda indicating it's displeasure with the remarks. 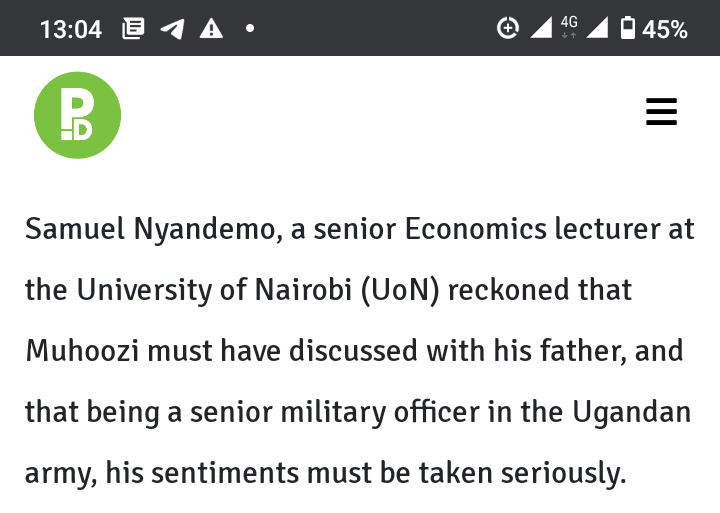 He argues that Muhoozi, being very senior in the Ugandan army, cannot just make such remarks without the blessings of Museveni, and the fact that he was promoted immediately after them is another indication that it was not just a mere joke.

“This needs to be monitored by Kenya and a retaliatory message sent because immediately he made the remarks, he was promoted, said Nyandemo who feared the reckless pronouncement can affect manufacturing and the transport sectors," he told the People Daily.

He says that the remarks might also worsen the relationship between Kenya and Uganda, and cripple trade between the two countries.

“The pronouncements will create uncertainty within the region, with the manufacturing and transport sectors affected. With this perceived animosity, traders are likely to adopt a wait and see attitude to see how the situation pans out. To say the least, it was a reckless statement,” he added.