Ahmednassir Abdullahi has revealed that Martha Karua has a less impact in Central Kenya. The lawyer alleged that Karua will give less than 43k votes to Azimio La Umoja-OKA coalition. Via his twitter account post, the lawyer who is a close ally to DP Ruto revealed that Martha Karua addresses a 300-400 people crowd and that translates to a very low vote count to Azimio La Umoja-OKA coalition. Ahmednassir Abdullahi sent a good message to KKA that they will have more votes. 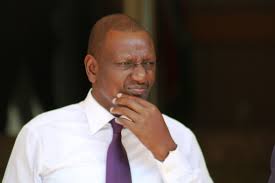 The lawyer delivered a message to the Kenya Kwanza Alliance KKA coalition of parties that they will now garner more votes from the Mount Kenya region. He went on to state that Martha Karua will only garner a maximum of 43k votes. According to him, Martha Karua has been addressing a less crowd and that will only make her to give out less votes to Azimio La Umoja-OKA coalition. Ahmednassir also said that KKA stand a better chance in the Mountain region.

The lawyer particularly is sensing that Martha Karua and her Azimio La Umoja-OKA coalition will be defeated by a far in the mount kenya region. He expressed that Martha Karua will get a small number of votes as compared to KKA which is led by the incumbent Deputy President Dr William Ruto.