By TelegraphKenyanews.co.ke (self media writer) | 2 years ago 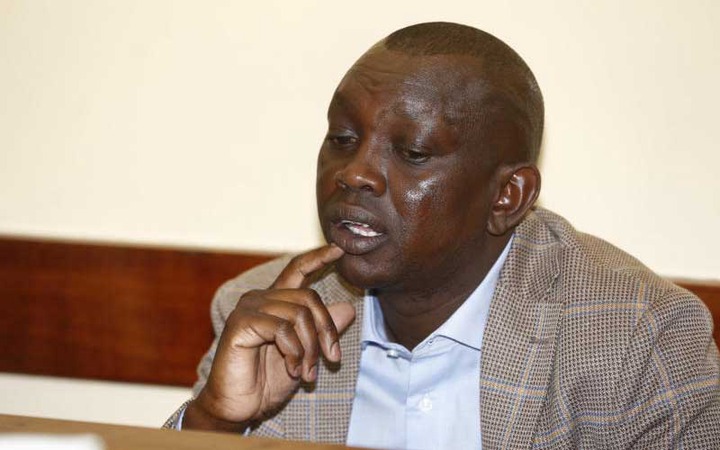 A court in Nakuru has barred Kapseret MP Oscar Sudi from addressing any political rally.Sudi denied two counts of  hate speech and another of offensive conduct when he appeared before Senior Principal Magistrate Lilian Arika on Wednesday.

The MP denied that on September 7, 2020, at an unknown place within the Republic of Kenya used threatening words on social media, which were likely thereby to stir up ethnic hatred.

According to a charge sheet seen by the Standard, Sudi is accused of hate speech contrary to Section 13 (1)(a) read with Section (2) of the National Cohesion and Integration Commission (NCIC) Act.

The third count is that of offensive conduct committed on the same date at an unknown place within the Republic of Kenya.

Kiprono said the MP is willing to attend court and abide by set conditions. As lawyers, he said they will follow up on full compliance and conformity to the bail and/or bond terms. The team also sought that they are supplied with witness statements and any documentary evidence the prosecution intends to rely on.

The lawyers had proposed that Sudi  be released on Sh100,000 bond. He also sought that he be allowed to be away during mention dates.

“Being an MP, we seek he be dispensed during mention and counsel to appear on his behalf,” Kiprono said.

The prosecution said it does not oppose the release of Sudi on bond. It however opposed the application that he be absent during mentions and insisted he must attend court just like any other accused person.

The court said the bond terms issued by the High Court apply in the lower court case. The court directed that he desist from addressing any political rally, a matter that was not received well by the lawyers who said denying him address in rallies is tantamount to killing his career. The case will be mentioned on October 6.