Former Rift Valley Regional Commissioner George Natembeya has for the first time revealed the party he will run with for the governor's seat with his announcement coming days after he officially tendered in his resignation from office.

The tough-talking Natembeya who was replaced by former Makueni county Commissioner Mohammed Maalim is eyeing the Trans Nzoia gubernatorial seat and is thought to be among the favorite candidates to bag the post. 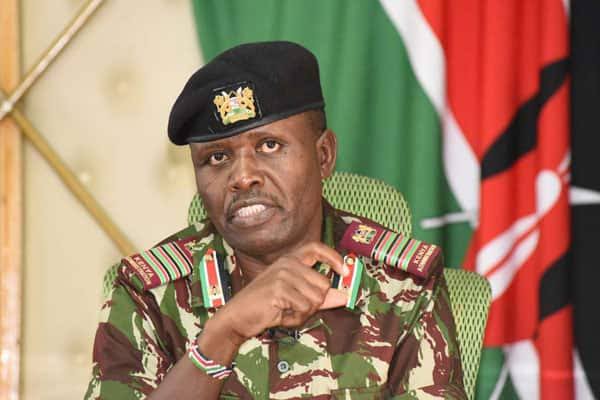 Natembeya has now disclosed that it would be the worst form of betrayal should he opt to join a side that the President doesn't want which is a further indication he could be vying on a political party closely associated with the head of state.

"I have worked with President Uhuru Kenyatta and I can't lose my principles now by moving to different political parties. It would be the worst form of betrayal for me to join the side that the President does not want." Natembeya stated.

This is a hint that the former Rift Valley Regional Commissioner could be working with the former prime minister with the Raila's Orange Democratic Movement having linked with Jubilee in the Azimio la Umoja trail. 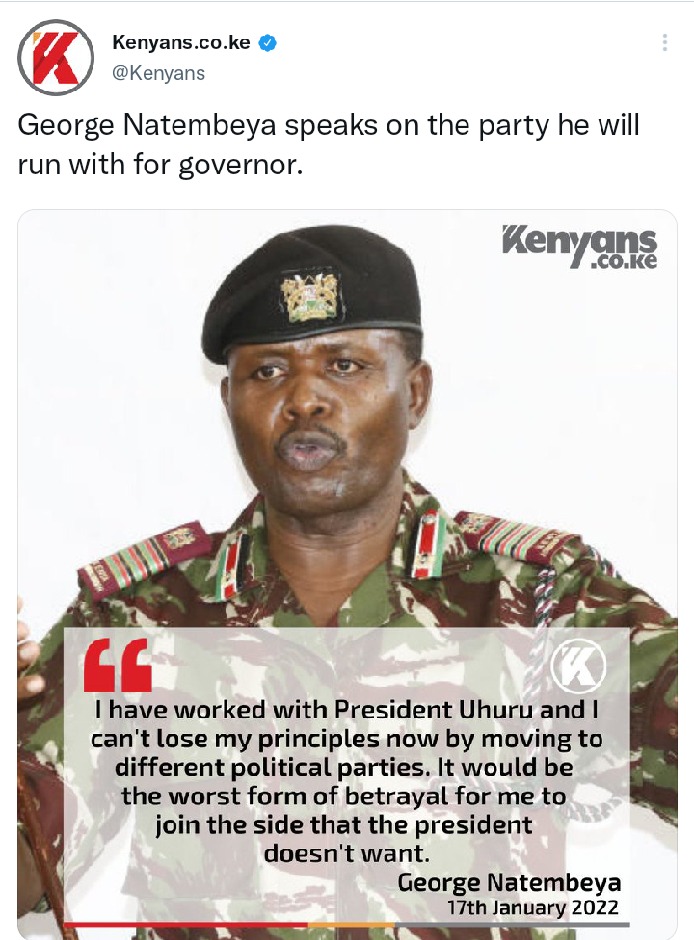