"Mtulie Kidogo, " Atwoli Pleads With Crowds as They Make Alot of Noise During Raila's Event- Video 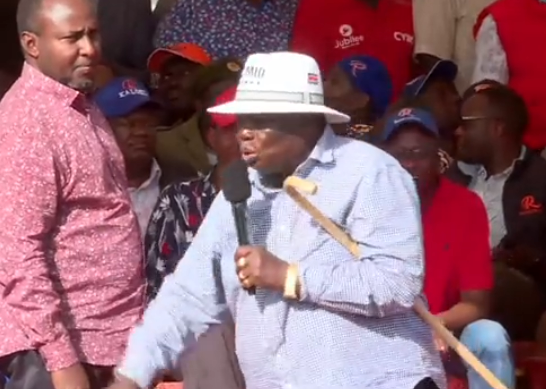 COTU Secretary General Francis Atwoli was forced to pause his speech and plead with crowds that were making alot of noises,as he tries to address them.

Crowds,who were chanting "Baba Baba!" then keep silent allowing the COTU Secretary General to address them.

He said that it was now clear that Raila Odinga will be the next fifth President of Kenya after President Uhuru Kenyatta.He also asked Raila to name his running mate.

Several leaders have beseeched ODM leader Odinga to name his running mate at the rally, despite his Secretariat saying that the announcement shall be made tomorrow.Already, DP Ruto has announced his running mate, Rigathi Gachagua.