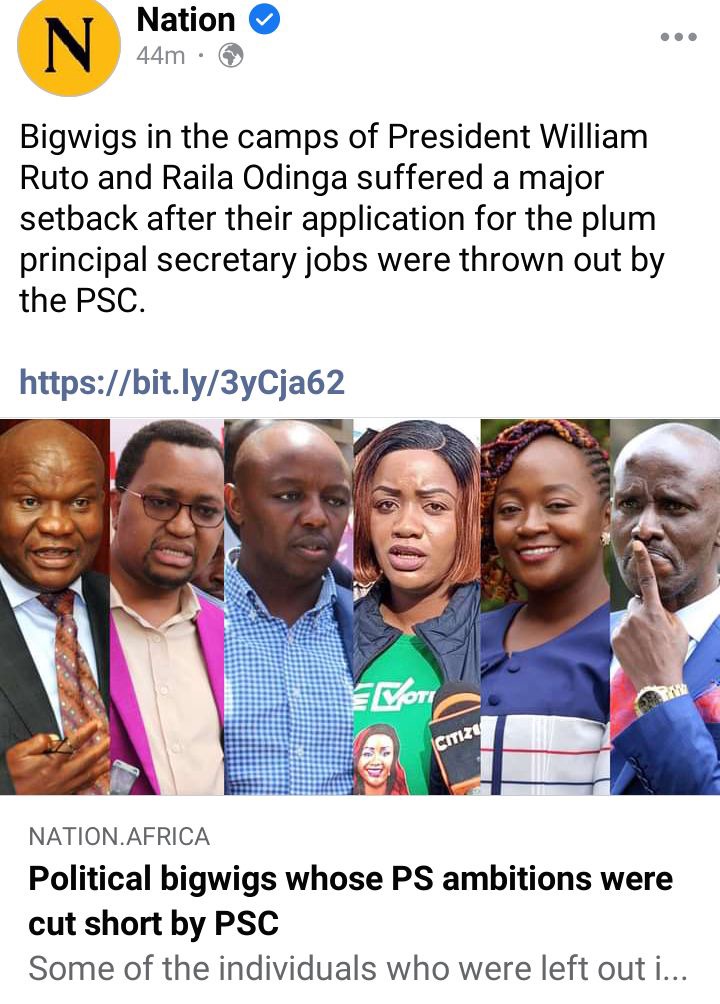 Simon Mbugua has now asked Nation Media to apologize to him for what he calls defamation.According to him the story that nation media wrote had nothing to do with him 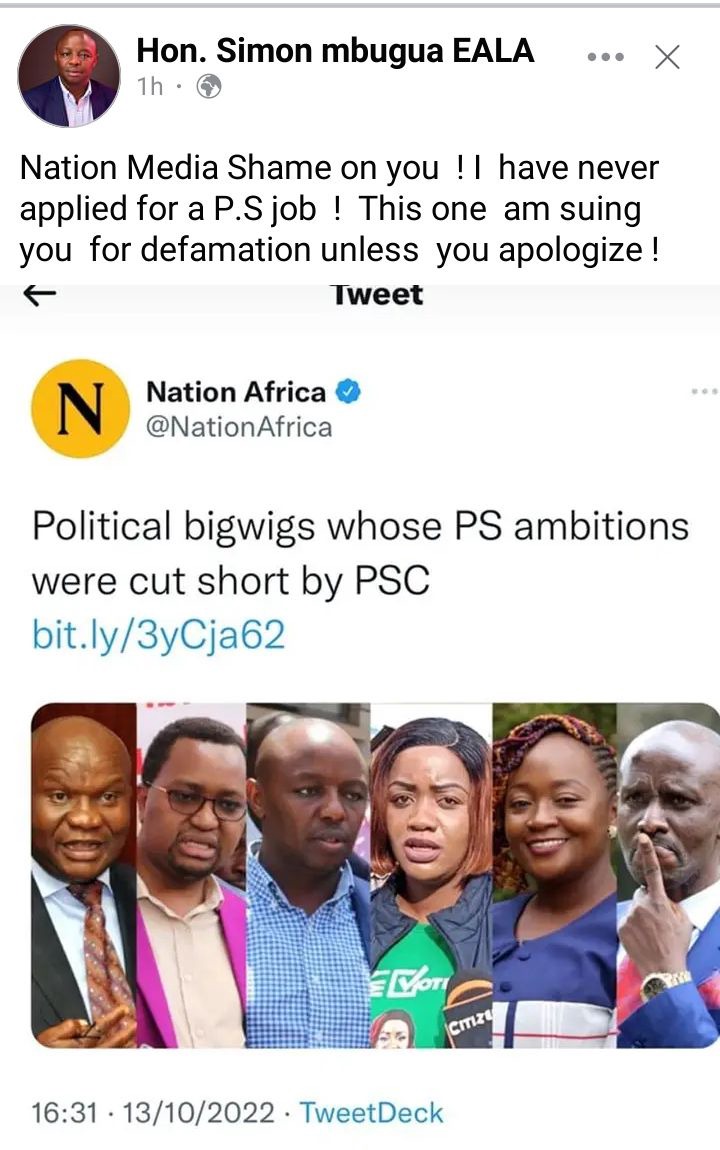 Mbugua who unsuccessfully contested for Starehe mp seat,said that he never applied for PS position so he is wondering why nation media should write such a story about him and yet he is innocent. 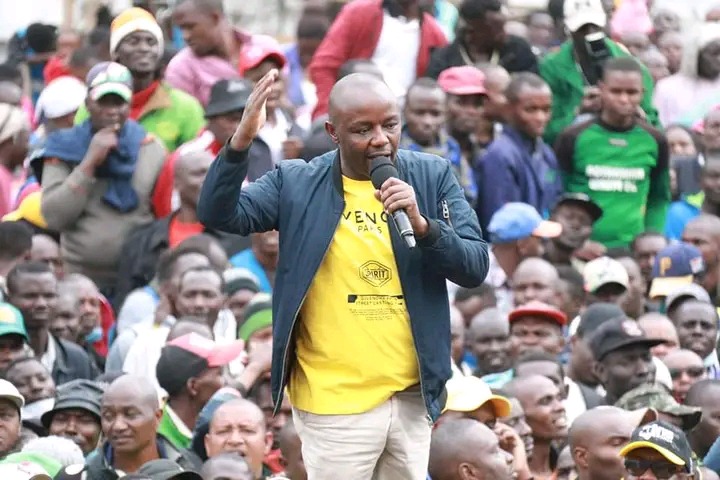 He has then asked them to apologize or he is going to sue them over defamation.Nation media has not spoke about it and we are still waiting for them if they will apologize to the former mp or not.