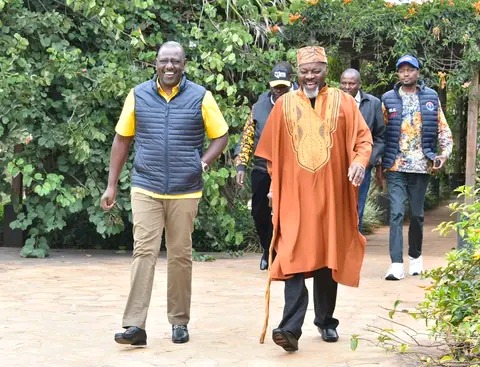 Despite Uhuru's wishes, the president's first cousin, Kung'u Muigai, has chosen to back Ruto.

Uhuru opted to support Raila Odinga, the head of the ODM, as his preferred successor in the August 9 elections. Mama Ngina Kenyatta, the president's mother, has come out in support of his pick.

However, the family is not united on succession politics, since a rival section has decided to favour Deputy President William Ruto over the first family's position.

According to Muigai, the Kenyatta family has never read from the same script in terms of politics, and his decision is no exception. 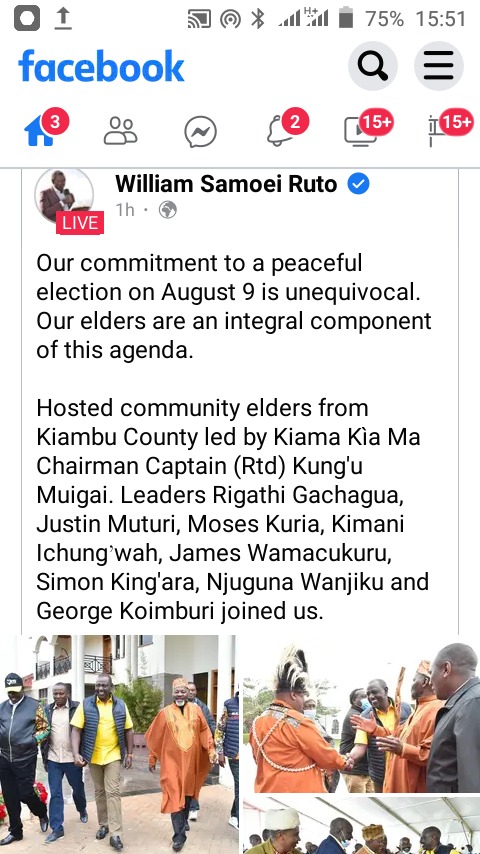 He stated that his choice of Ruto is legitimate and should not be viewed as a split in the first family.

During the meeting in Karen on Tuesday, Ruto said they are committed unequivocally to a peaceful election on August 9 and the elders are an integral component of such an agenda.